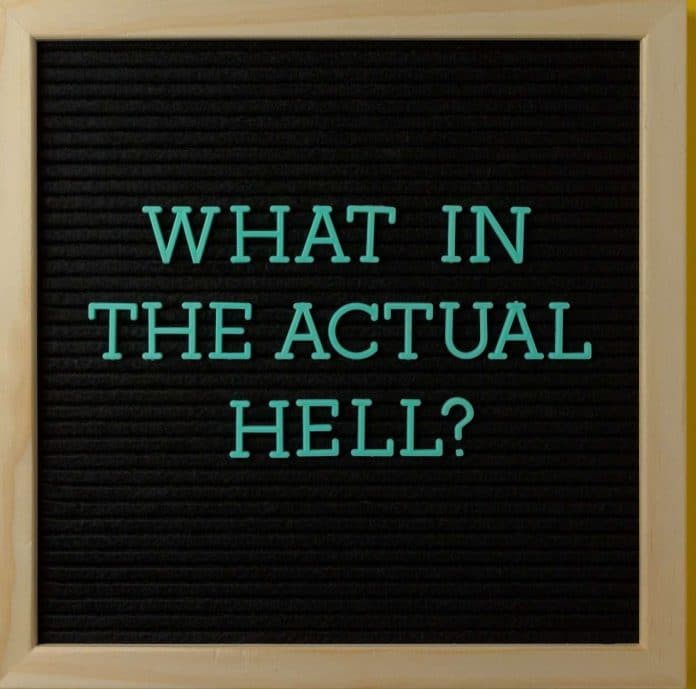 If one types in a Google search the question, “Does Hell exist” or “Prove Hell exists” the results are predictable. Most have a Scripture verse in one of the first two sentences. Otherwise, the website begins with a story of someone who died for a few minutes and came back to life with his own unique version of what he saw.

The truth is that no one can prove Hell exists. I say that having a Biblical Christian worldview, convinced Hell exists.

I wrote a post earlier this month titled, “Hell Does Not Exist For Many” in which I was challenging the view of an atheist who wrote that there was no such thing as the afterlife. Of course, I immediately defaulted to multiple Scriptural references to “prove” him wrong. The Bible is full of verses that make clear both Heaven and Hell are real and eternal. But how naïve and presumptuous of me to think my Bible verses would have any meaning, much less impact, on an atheist!

I received a short but pointed comment from a reader who asked, “If you want to convince people that hell is real why don’t you give some evidence for its existence? Quoting from the bible is not evidence’.”

Biblical Christians, and to some degree, Christians, in general, are often so caught up in their (our) worldview that defaulting to the Bible becomes a natural way of answering life’s questions, regardless of the audience.

It’s easy to just spout a few verses (sometimes out of context), and be satisfied with ourselves for offering deep wisdom, and then just move on, expecting “case closed”.

Obviously, from my post (and many others I have written), I am very guilty of that narrow-minded approach. Over the last few months, writing on Medium, I have started folding in the need for “faith” in my responses. Though the term is totally unacceptable to an unbeliever, at least it’s an honest answer to many of the questions they ask.

I came to accept Christ as my personal Savior and Lord through Apologetics, or a logical defense of Christianity. The process took multiple years, a financial crisis in my life that forced me to look up rather than inward for support, and, a committed Christian walking with me every step of the way. At the end of that long road (“path” for those who know what I mean), I still was not Heaven-bound. I still needed to take a “leap of faith” before considering myself as “saved”. So, why would I, or any Christian think, that throwing a few verses into the wind of an atheist would answer a question on the existence of Hell?

Upon reflection, here is the best I can offer to the atheist.

If one could reach a point where they accept the existence of God through General Revelation or Apologetics, and then, if one accepts His love letter to us, the Bible, and believes what we hold today is accurate to the original, it’s reasonable to accept the existence of Hell. For mankind to believe all this ultimately takes faith, something that can be demonstrated, but not proved.

One reader did add the comment shortly after posting this article that many support the concept of demon possession as evidence for the existance of Hell. Of course, atheists and others see more psychological factors in these behaviors. Further, Biblical Christians turn to examples of miricles and fulfilled prophesy as further extra-Biblical evidence of the existance of the supernatural. However faith still holds the final position in the acceptance of God, the Bible and ultimately Heaven and Hell.

I firmly believe and have personally experienced this process of moving from a general belief that there is a Creator, through the evidence that the Bible we hold today is a book written by God and penned by man. Once a belief in God and the accuracy and completeness of the Bible have been established, all essential Biblical Christian doctrine falls into place, including a real and literal Heaven and Hell. However, this process is not for the faint of heart, and for “evangelists” such as myself, spouting verses from Scripture has its place, (for the seeker) but is not a panacea for faith. In the “end”, the investment in time and study will be worth it as one considers the potential of eternity.