Religious Freedom Under Attack in Finland – Who Cares? 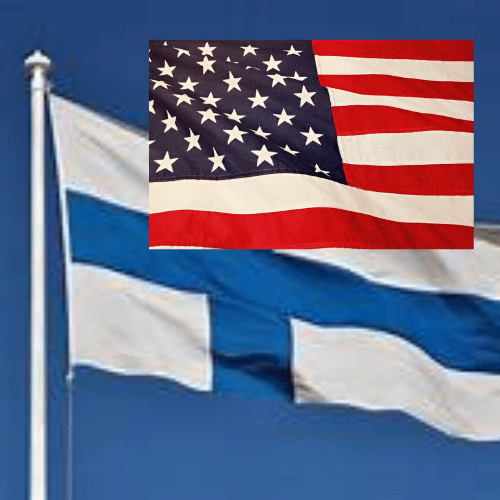 There is a trial going on in the small country of Finland, 5k miles from us. Located in northern Europe, it shares borders with Sweden to the west, Russia to the east, and Norway to the north. Similar to the United States, the government is a “representative democracy” where leaders are voted into office by the populace. According to the Family Research Council (FNC), “Finland is a European liberal democracy that ostensibly promises its citizens basic human rights such as freedom of speech, religion, assembly, equality under the law, property rights, among others.”

A Finnish member of Parliament, and former Interior Minister, Paivi Rasanen, and Lutheran Bishop, Juhana Pohjola, have been on trial for three weeks which represents the present state of a three-year program of harassment by the government. It should be noted that the Evangelical Lutheran Church of Finland has a membership representing 73% of the population.

Both these individuals have been charged with “ethnic agitation” or hate crimes against a minority. Ms. Rasanen is alleged to have distributed a brochure on the subject of marriage, participated in a radio discussion and tweeted a Bible verse. Mr. Juhana’s only offense is that he included her brochure on the church website. If convicted, they each face fines and the potential of two years in prison.

From MSNBC and FOX News Radio

American news media is reporting on this trial based on their personal bias, offering few details on what was said and done. Below are the specifics.

“According to prosecutors, an online article by Ms. Rasanen which was published in 2004, described homosexuality as a psychosexual development disorder.” The booklet, entitled “Male and Female He Created Them,” explains the Christian teaching that marriage is defined as between one man and one woman for life.

On an episode of Lighthouse Faith, Ms. Rasanan discussed the challenges of adhering to her faith, along with a discussion on the status of the pending charges. This Podcast provides a great deal of detail on the court challenges related to the core beliefs of Biblical Christianity. It is not the original radio program that she is being charged with.

Ms. Rasanen tweeted to her Lutheran pastor in 2019, asking why the national Lutheran Church was in support of a Gay Pride parade, providing Scripture to support her claim from Romans 1.

What is going on in Finland may be physically distant from America, but it is not all that far from the trajectory of our legal institutions. Again, from FRC, “The Equality Act passed last year [by the US House of Representatives] would effectively outlaw disagreement on matters of sex and gender ideology. This poses a clear and dangerous threat to any American who adheres to, and dares publicly, to profess widely held orthodox religious beliefs on marriage, sexuality, or what used to be commonly accepted beliefs about the biology of men and women.”

Further, in early February of this year, the US House also passed the Global Respect Act, which is summarized by congressional record… “This bill imposes visa-blocking sanctions on foreign persons responsible for, or complicit in, violating the human rights of individuals due to actual or perceived sexual orientation, gender identity, or sex characteristics. The President must report and periodically update a list of foreign persons responsible for such human rights violations and apply sanctions accordingly.”

The question becomes, where is the line to be drawn between free speech and hate speech? Further, where is the line between using Scripture to publicly express religious beliefs and the need to be silenced due to conflicts these beliefs have with solidifying cultural trends? These are not just questions being discussed by Finland, they are being discussed in the hall of the US Congress and at the dinner table.

I would suggest that the legal lines between what we have the freedom to say, and what is considered hate speech, is missing the real question. Ms. Rasanan’s communication was limited to a brief, one-way discussion. Her later follow-up conversations offered a much broader context to her opinions. She publicly referred to all mankind as sinners needing a savior. Perhaps these responses were an attempt at damage control, or they represented her true feelings.

My point is that sin is a pervasive behavior and those who believe they are above it or are better than others because their sin is somehow less significant, are in total denial of God’s truth. Scripture makes it clear that “all have sinned and fallen short of the glory of God” (Rom. 3:23). The Bible further calls for believers to exhibit grace (Eph. 2:8-9) and love (1 Cor. 13:4-8) which covers over a multitude of our own sins (1 Pet. 4:8). Further, we should remove the plank from our eyes before addressing the speck in others’ (Matt. 7:3).

Freedom of speech, the right to say what we believe, is very important and part of our Constitution, but misses the essential fact that as Biblical Christians, we are called to be salt and light (Matt. 5:13-16). God wants ambassadors to represent Him in preserving His love and grace while being a beacon of the gospel message.  [Postscript…]To do that we need to be honest and forthright in challenging those behaviors which are called out by Scripture as sin. However, that process is best done by first demonstrating God’s love while also recognizing that we all fall under His law, saved by His grace. Finally, as a reference back to the title of this article, when “religious freedom is under attack”, regardless of where it is, we all need to care.