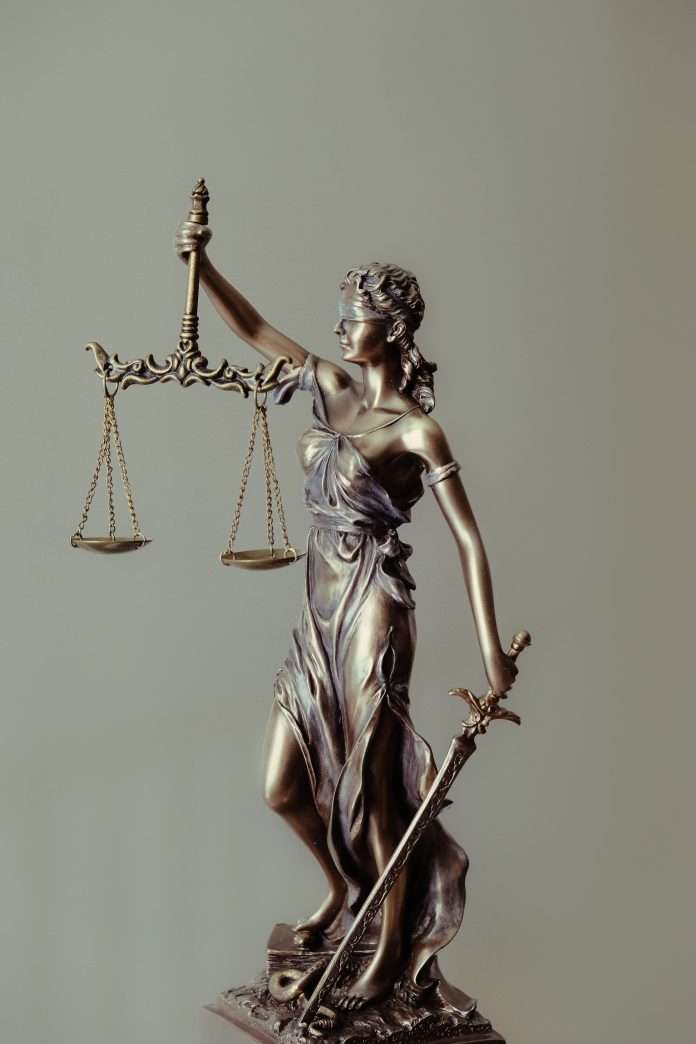 There has been a great deal of controversy and confusion associated with the recent decision by the Supreme Court regarding what was considered by many to be settled law in the case of Roe vs. Wade on the subject of abortion.

Much of the rhetoric in the media and elsewhere has revolved around a false assumption that pro-life advocates have been the catalyst for this upheaval. Further, since the Bible offers what many Christians believe is a clear message that sentient life begins in the womb, there is further vitriol toward Biblical Christians as the underlying cause of the court revision.

Below, is a short and tight Q&A, responding from a Biblical Christian worldview.

In a 7-to-2 decision, the court held that the 14th Amendment to the Constitution, which includes a provision that Americans have a fundamental “right to privacy”, could be applied to abortion. Writing for the majority, justice Blackmun stated, “the court held a woman’s right to an abortion was implicit in the right to privacy protected “. However, the court went further in actually establishing law by specifically giving states certain rights to control legal abortions after the first trimester. Then, in 1992, in the case Planned Parenthood vs. Casey, the court reaffirmed abortions but also gave the states more rights to control abortion law. More history on the original case and the personalities involved can be seen here.

2. What was the recent case that made the issue of abortion resurface?

The actual details of the case, argued between December of 2021 and June of 2022, can be seen here. Basically, the case of Dobbs vs. Jackson Women’s Health, summarized here, was ironically the only remaining abortion clinic in the state, suing the attorney general’s office, challenging Mississippi’s law prohibiting abortions after the 15th week. It was that challenge which ultimately led to the Supreme Court overturning RvW.

3. What changed at the Supreme Court that made them reject RvW after so many years?

It is true that under the Trump presidency the court shifted from a more liberal make up to a more conservative position. This transition, in Constitutional terms, can be more accurately defined as a move from a “Modernist” position to a more “Originalist” approach by adjudicating current cases based more on the intent of the original framers than on our current cultural norms.

In the final vote, Roe vs. Wade was overturned by 5-4. Justices Clarence Thomas, Neil Gorsuch, Brett Kavanaugh, and Amy Coney Barrett joined Alito’s written majority opinion. Justices Stephen Breyer, Sonia Sotomayor, and Elena Kagan voted in opposition. Interestingly, Chief Justice John Roberts agreed with the majority in this specific case but was not in favor of overturning Roe. He wrote a separate opinion and, consequently, was considered part of the NO vote.  The actual majority opinion, written by Justice Samuel Alito can be seen here.

5. Why did the Supreme Court reject RvW this time around?

From an “originalists” perspective, the court sided with the 10th Amendment, which insures individual states the right to set laws unless specifically prohibited by the Constitution.

We now have a court that is weighted toward “originalism” in interpreting the intent of the Constitution, rather than imposing their personal moral views on the country.

There has been an assumption that after nearly 50 years since RvW, a women’s right to an abortion should be considered “settled law” on a federal level. This issue was brought up during Supreme Court nomination confirmation hearings during the Trump administration, both publicly and privately. The question is not so much what the prospective justices said, more than the definition of “settled law”. In the most basic terms, it can be defined as a law that has been on the books for many years, challenged and affirmed, AND settled by the general public. Clearly, the first two hurdles have been met. The third provision, however, has never been fully resolved.

In Justice Aleto’s majority opinion, he stated that Roe and Casey v. Planned Parenthood, “must be overruled. The Constitution makes no reference to abortion, and no such right is implicitly protected by any constitutional provision.” Alito went on to call Roe vs. Wade,  “egregiously wrong from the start,” with “exceptionally weak” reasoning and “damaging consequences.”

7. What did Ruth Bater Ginsburg actually say regarding her concern on RvW?

Even though Ruth Bader Ginsberg was a strong advocate of women’s rights, and pro-choice, she was quoted as fearing the premise on which the RvW ruling was established was faulty and therefore open to being revisited. In her now famous quote from a lecture at NY University, she said, “Doctrinal limbs too swiftly shaped…may prove unstable”, in reference to the application of the 14 Amendment in support of RvW.

8. What is falsely being promoted by the liberal media and many pro-choice advocates?

For some pro-choice advocates, the overturning of Roe vs. Wade has more to do with false concerns over the establishment of a Christian theocracy than anything related to states’ rights.

A quote from one of my blog comments includes, “Religious views were just forced upon all people with the new abortion laws. This is getting really annoying. Religious people should leave their toys and rituals at home.”

Again, it is undeniable that there was a change in the personality of the court from liberal to conservative. Further, it is true that a higher percentage of Christians are conservative. However, the fact that the court’s recent ruling agrees with a Biblical Christian worldview on the matter is ancillary and immaterial to the bases of the ruling as written in the majority opinion. Liberals and their media accolades will complain that religion has crept into court system, but this correlation was not the basis for the overturning of RvW. It was, as it always should be, based on what the framers of the Constitution intended, plus amendments. Imposing evolving societal morals and, actually making laws (based on what trimester was in play), is not the role of the Supreme Court. Laws are made by Congress, not the Judicial branch of government.

9. What are the choices women have since this overturning of RvW.

As much as the media and pro-choice advocates paint a cataclysmic impact from the recent Supreme Court decision, the reality is much less severe. As of 2020, approximately 54 % of abortions are being self-administered in the home by women using the “abortion pill“, prescribed by their doctors and tele-doctors. This has already caused the closure of many abortion clinics across the country. It is likely that the pill will remain available, even in states that set guidelines prohibiting it based on the age of the fetus. Illegal access will also increase, which is of concern given their questionable sources. It is also true that the overturning of RvW will disproportionately impact those with a lower socioeconomic status who are less likely to seek alternatives. This will have compounding consequences on our social welfare system, the magnitude of which remains to be seen.

Further, there are many larger companies, states, and local support agencies, as well as non-profits who are offering transport, and increased financial help and pregnancy counseling for those wishing to have an abortion in states which might otherwise restrict them. It is likely true, however, that the current trend in fewer abortions will continue in light of the Supreme Court decision.

10. What will the impact be in the short term?

In the short term, there will be further conflict and polarization between pro-life and pro-choice advocates. It will be another summer of unrest with both groups combative toward each other. Further, with the Democrats looking for a distraction from inflation and the economy, the overturning of RvW will be in competition with Trump-bashing for airtime on the liberal media platforms. The conservatives will respond in kind, further polarizing the nation. Since abortion is now clearly a states’ rights issue, there will be increasing local politicization and injection of advertising dollars as we approach elections in November of this year.

11. What will the impact be in the medium term?

After experiencing a 2024 spike in rhetoric, we will likely all settle into a new normal on the subject of abortion in America. States will affirm their laws on the subject, and, while there will always be political debate, given the nature of the subject matter, it will hopefully become more civil and balanced. What will be most interesting is the impact of societal geographic transitions. There has been a movement in this country by individuals seeking states and communities which are more in line with their worldview. We see this in the increasing populations of Florida and Texas, for example. Further, companies are relocating their major hubs due to increasing crime rates, taxes, and varying cost-of-living for their employees. Abortion rights will likely further accentuate this polarization. For many years, we have become more and more a nation of tribes, each listening to its own reaffirming newscasts and living in our own social bubbles. As the recent Supreme Court decision impacts on a state-by-state basis, the country will become further isolated from itself.

12. What does this mean for the Biblical Christian?

As Biblical Christians, we believe the Bible is the inerrant truth of God, written as a both a textbook and love letter for mankind. We believe life begins inside the womb and, as such, should be encouraged by the recent overturn of Roe vs. Wade as a federal mandate. However, we need to remember that the court was not acting on our behalf when it made its judgement. The decision was a question of states’ rights based on the 10thAmendment vs. women’s privacy based on the 14th Amendment. There will be many who suggest otherwise, but we need show love and compassion for those who disagree with our worldview. God calls every Christian to share the Good News of Jesus Christ and not get into the weeds of a divisive issue, such as abortion. We know what we believe and we know why we believe it. And, if forced to defend our view, we should. However, we need to remember who we were before the Holy Spirit entered our lives and recognize that, until someone accepts Jesus Christ as their personal Savior and Lord, and subsequently places God’s Word above mankind’s morality, it is futile to argue about pro-life vs. pro-choice with those who oppose us. Below are some Scripture verses that many Biblical Christians believe provide support for our understanding of God’s position on life beginning in the womb.

God recognizes life in the womb…

It’s wrong to kill innocent people, which includes the unborn…

There is a much better article than mine on this subject regarding the history of the Supreme Court and the impact of its transition from the perspective of a Biblical Christian worldview. That Medium article can be seen here.