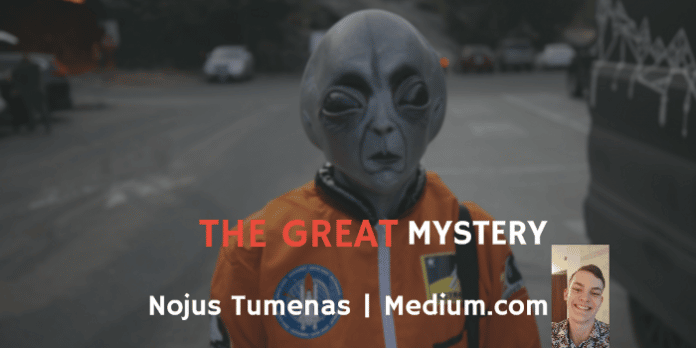 3 Reasons Why People Live Ungodly Lives.A few years ago, I was pursuing fleshly lusts, but I stopped. Here are 3 reasons why people live ungodly lives.

We all know that living an ungodly life is wrong. But why do people live ungodly lives? Because they don’t believe in God, because they don’t care about the consequences, or because they’re just too lazy to make a change in their lives? However, this, of course, is being argued from a Christian perspective.

God prophesied that the world will be in a wicked state just before his appearance or return. People right now are chasing after their fleshly lusts, their hearts are ungodly and hardened, their actions and their thoughts are continually evil, Matthew 24:12.

And because iniquity shall abound, the love of many shall wax cold. Matthew 24:12

Living an ungodly life doesn’t necessarily need to be the only possible option. People live this way for plenty of reasons. However, being aware of these 3 simple factors can help you live a godly life. As someone who tries his best to do the will of God and to serve him, I try my best to do good, because the Holy Spirit bears much fruit through us. According to the scriptures, good works will always follow those who are truly born-again Christians, simply because the Holy Spirit works through them.

You see, the lives we live and the choices we make in this life that our Creator has given us can have lasting effects on our eternal life. It’s not that hard to understand this. If a thief spends his whole life stealing and doing immoral actions, the moment he sees all the evidence packed up against him by a dozen police officers, he will think to himself, I am in deep trouble! He will be sentenced to jail time.

People live wicked lives as a result of the following three elements that retain them in their sinful state:

Nevertheless, in 1962 The United States of America, Supreme Court banned both the prayer and the bible reading in the schools, because they thought it goes against the person’s free will of choice so that people wouldn’t have to be shoved this information down the throat, notice that this is a good thing if atheism is true, but it’s a horrible thing if Christianity is true, if people reject God at their youth and live ungodly lives throughout their years, they will be in trouble at the judgement day.

They refuse to accept responsibility for the consequences of their acts; A moment ago I gave an example of a thief and the evidence that was packed against him, how he would be in trouble if he would get justice, the same principle applies here, willful ignorance is a no excuse, as someone who has sought truth his whole life, I found good reasons to believe what I believe, and stand firm in what I believe in, however, most people try to run away from responsibility, and who can judge them? Why carry this burden on your shoulders when you simply don’t have to?

That’s a good point, however, it all comes down to whether or not God exists, if it’s true that God exists, that means it is him who gave you this life so that you can live this life for him and with him, there are so many benefits of being a Christian, in Christianity, God’s favor is upon his people, however, it’s not so on the unbelievers, while God still feeds those who don’t believe in him, it’s all because of his love towards us, we are all made in his image nevertheless.

They’re too lazy to change their lives because they want to be comfortable and do what feels good at the current time.

It is time to wake up. The world is full of sin and disobedience, and that’s nothing new. Just try to turn on your TV and you will see the news shoving depression down your throat. People are living a life that isn’t pleasing to God. We are living in a sinful world that has no regard for God’s law, and that’s the main problem. If we could all work together, we could solve way more problems.

Notice how I said that “willful ignorance is no excuse.” It’s true both in the 2nd point and here. There is simply no good reason to live a life without God, and that’s the main issue. People do not know the attributes of Godand what he has to offer to those who trust him. As someone who was an atheist at a young age, I would never, ever like to go back to living that immoral life. As the scripture says, the zeal of the Lord is upon me. There is no turning back. As time is running out for all of us, we need to start making the right decisions.

But because people have such a thing as free will, they have the right to get right with God or to reject him. That’s up to you, but I am telling you, there is no good reason to do so. I’ve been a Christian for only 3 years now, and God changed my life completely. Isn’t it amazing to think that we are not actually talking about some fantasy world, but this is true life and Godexists, and he made a way for us to be saved through his Son, Jesus Christ, whom we have crucified?

People have been pursuing their fleshly lusts and embracing evil for many years. However, when Jesus Christ makes his physical appearance, he will bring justice to all those who have committed both evil and good. There is no way to escape him, and until we realize that, we will never change our ways.

A quote from Desmond Doss(Desmond Thomas Doss was a United States Army corporal who served as a combat medic with an infantry company in World War II. He was twice awarded the Bronze Star Medal for actions in Guam and the Philippines | Source.):

I don’t know how I’m going to live with myself if I don’t stay true to what I believe. Desmond Doss : With the world so set on tearing itself apart, it don’t seem like such a bad thing to me to want to put a little bit of it back together. Quote source

The 3-Step Deconstruction Process for Christians