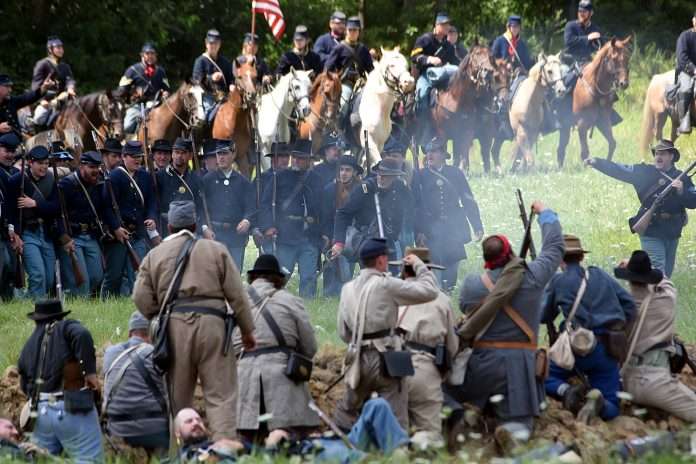 This maybe a clickbait title but sadly the numbers are not a typo.

A recent poll from YouGovAmerica was conducted among 1,500 US adult citizens last week with the following alarming results.

Let me offer the rational thought that, these results are inflammatory at best and flat out crazy at worst. First of all, what was the definition of “civil war”? Was it interpreted as an “insurrection” or akin to the “war between the states” (not likely). Secondly, what people say in a poll, out of frustration or even anger, is not always what they truly believe. However, the poll unquestionably indicates a deteriorating trajectory in this country.

President Biden, clearly on the campaign trail, provided the news media on both sides of the political spectrum with fodder. On the same day the YouGovAmerica poll came out, Biden was quoted as saying,

At the same time, former President Trump lashed out at Biden and a new attack on the 2020 election with the following:

To be clear, I am an Independent and, for very different reasons, do not support either Biden or Trump. This article is not intended to provide or promote either candidate or party. Instead, it is intended to offer a snapshot in time on where we are as a nation. Rather than focusing on the economy, increasing crime, the border, China, climate change, single parent households, the homeless, the drop in US life expectancy, the drop in English and math skills, we are sniping and yelling at each other. Sadly, this is likely to continue to escalate for the next two years and beyond.

I believe the polling results listed above are an indicator of where we have come and where we are headed as a devolving nation.

After laying the groundwork for the return of Christ, 2 Peter chapter 3 asks the rhetorical question that is more applicable today than when it was first written.

2 Peter 3:11-12a Since all these things are thus to be dissolved, what sort of people ought you to be in lives of holiness and godliness, waiting for and hastening the coming of the day of God

I believe the Biblical Christian window for evangelism is slowly closing as our country becomes more and more polarized and resistant to beliefs such as that offered by Biblical Christians. As Matthew makes the point, using the Parable of the 10 Virgins, each of us has to choose both a path for ourselves and a focus on what should be a priority for the remainder of our lives. Will we be ready, accepting Christ as our Savior and Lord while serving Him by sharing the Good News? Or, will we choose to, reject Him and, by doing so, miss out when Christ returns for His bride, the Church (Eph. 5:24-27).

Matt. 25:1-12 Then the kingdom of heaven will be like ten virgins who took their lamps and went to meet the bridegroom. Five of them were foolish, and five were wise. For when the foolish took their lamps, they took no oil with them, but the wise took flasks of oil with their lamps. As the bridegroom was delayed, they all became drowsy and slept. But at midnight there was a cry, ‘Here is the bridegroom! Come out to meet him.’ Then all those virgins rose and trimmed their lamps. And the foolish said to the wise, ‘Give us some of your oil, for our lamps are going out.’ But the wise answered, saying, ‘Since there will not be enough for us and for you, go rather to the dealers and buy for yourselves.’ And while they were going to buy, the bridegroom came, and those who were ready went in with him to the marriage feast, and the door was shut. Afterward the other virgins came also, saying, Lord, lord, open to us.’ But he answered, ‘Truly, I say to you, I do not know you.’

Share
Facebook
Twitter
Pinterest
WhatsApp
Previous article
There is a God-shaped vacuum in the heart of each man which cannot be satisfied by any created thing but only by God the Creator, made know through Jesus Christ.
Next article
Live In Gratitude
RELATED ARTICLES
In the News

The Satanic Temple – A Social Organization?

Set Your Compass Toward God