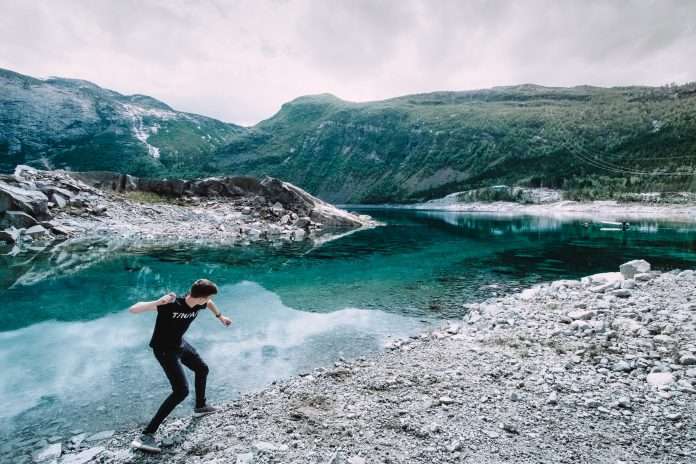 Our verse for today comes from Acts 1:12, “Then they returned to Jerusalem from the mount called Olivet, which is near Jerusalem, a Sabbath’s day journey.”

If you travel 5,280 feet, you know you have covered exactly one mile. But just how far is a country mile? Even though I grew up in the city, I remember hearing that phrase many times to describe how far it was from one place to another. But I don’t think I ever asked anyone exactly how far that was. Truth be told, a mile is a mile, regardless of whether it’s in the country or along the jam-packed roads of Chicago.

But oftentimes the distance traveled through the countryside, where the open space was filled with nothing but beautiful, open space, seemed much farther than the mile traveled past endless landmarks and distractions for the eyes. How about a stone’s throw? Have you used that phrase? It generally refers to a pleasantly short distance, as in “she lives only a stone’s throw away from me.” But is it shorter or longer than a hop, skip, and a jump? Good question. I’m not sure anyone could give a definitive ruling on that. But for certain, the Jews of ancient Jerusalem knew how far a Sabbath’s day journey was. On that day of rest, they could travel 2,000 cubits, or slightly more than half a mile. And so, the Olivet hill may have been just a stone’s throw from Jerusalem. Others may have described its bucolic locale as no more than a hop, skip, and a jump from the bustle of Jerusalem.

Regardless, as far as the Sabbath day was concerned, those adherent Jews knew how far they could and could not go. But have you learned that about yourself? More importantly, have you decided that for yourself? For we are not instructed to go or be a certain way up to a point, then turning back for fear of crossing a line. On the contrary, Jesus demands that we go the distance, but in the direction of His leading. Approaching sin and then trying to turn back before it’s too late is a fool’s paradise that you will not survive. Modeling Jesus and following Him is the only way to know for sure that your journey will go the right distance and to the right place.

As we seek Him today, set your path on the way that Jesus is drawing you to. Do not give in to the attractions that are just a stone’s throw away.

God is So Loving