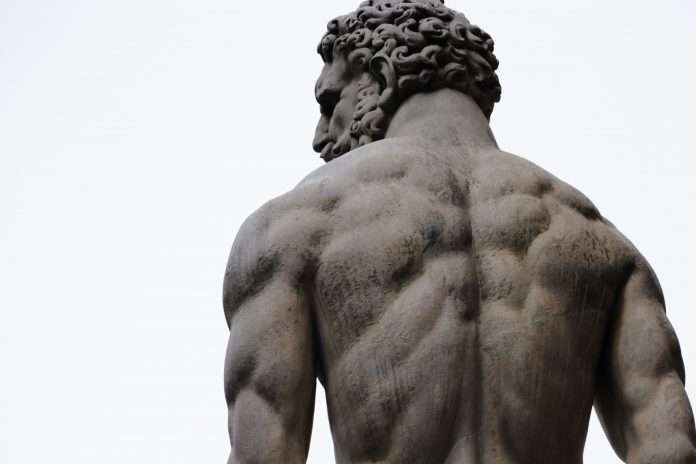 Our verse for today comes from John 18:3, “Then Judas, having received a detachment of troops, and officers from the chief priests and Pharisees, came with lanterns, torches, and weapons.”

In the movie Rio Bravo , Dean Martin plays Dude, a deputy who has become the town drunk as he wallowed in self-pity over a girl that left him two years ago. Before he became known as “Borrachin,” which is what the Mexicans called a drunk, he was the sharp-shooting sidekick to sheriff John T. Chance, played by John Wayne. But after a bad night in a saloon, when he stoops to knocking out his good friend Chance and scrounging money out of a filthy spittoon just to buy a drink, Dude starts to see the error of his ways. And so he takes back up his badge and guns to help the sheriff hold a prisoner in jail who is accused of murdering another that fateful night in the saloon. As Dude stands guard the next day at the edge of town, he informs all who ride in that they must leave their guns behind to be picked back up when they return. And when a particular group of men ride up, Dude encounters some resistance as he tells them what to do. You see, for the past two years, they have known him only as Borrachin, stumbling over him in the saloons as he drank his sorrows away. But here he was, sober, alert, and commanding, and they were intent on challenging him. But he was up to the task. And the ring leader, the powerful head of the Burdette family and older brother of the man in jail, recognizes his new condition, if only half-heartedly, as he tells Dude, “Every man should have a little taste of power before he’s through.”

Judas tasted that power, that authority as he betrayed Jesus and led a host of men to the peaceful garden to take away the Savior. One who may have felt insignificant or misunderstood now had people listening to him and things going his way. He had gotten his taste of power before he was through. But beware that something like that isn’t at your doorstep. Dozens or hundreds of people following your torch online might look different than the scene at the garden, but it can have the same effect on the one being followed. So don’t let your place among the crowd deter you from being a faithful follower of Christ.

As we seek Him today, call yourself to a fast if you are craving things that have more of you than they should.

Share
Facebook
Twitter
Pinterest
WhatsApp
Previous articleCan We Be Perfectly Sanctified in Christ
Next articleIf our selfish desires are not being met, perhaps the better our prayer life and our relationship with God will be.
RELATED ARTICLES
Devotion