Accept The Shoes God Has Given You 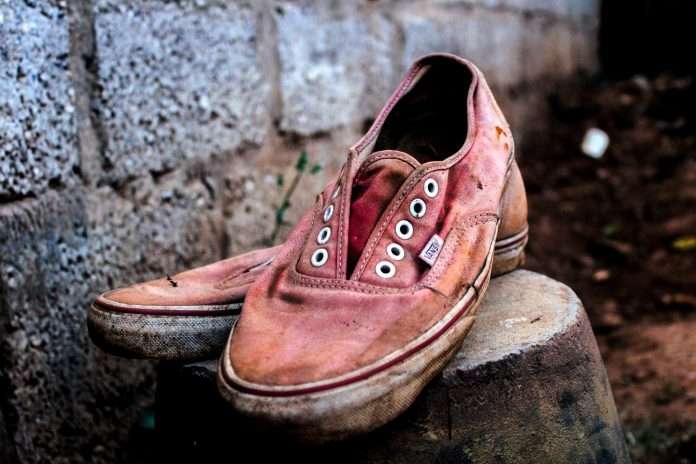 Our verse for today comes from Mark 15:6, “Now at the feast he was accustomed to releasing one prisoner to them, whomever they requested.”

Back in the day, meaning forty or so years ago, my mom used to take me shopping for shoes.  And shopping for shoes back then was different from how it is now.  Back then, there were not the discount shoe stores in a strip mall on seemingly every street corner.  No, to buy shoes you generally had to go to a department store.  And once there, you didn’t peruse the shelves and find the box that contained the shoes you wanted.  Rather, you found the shoe on display that you were interested in and asked the employee something like, “Do you have this in black, in a size nine?”  And the attendant would take the shoe and then do something magical.  They would go “in the back.”  There, through that mysterious curtain the salesman would disappear for a bit while you awaited the news.  Would they return with a box in hand, your size and color having been “in the back?”  Or would they come back with an alternate, say, a brown shoe or a slightly different size?  Or worse, would they come back empty-handed?

The more you wanted the shoe, the greater the anxiety during the wait.  Pilate had some options for the crowd as he considered releasing a prisoner like he customarily did for Passover.  Who knows who he could have brought out from “in the back.”  And like a good salesman he suggested what he thought was best for his customer.  But they would have nothing of it.  Better a murderer back on the streets than the likes of a blasphemer like Jesus.

We like to see if there’s something better “in the back,” don’t we?  That verse of conviction or that prompting from the Holy Spirit is often not the size or color that we prefer, so we go hunting for something a little more agreeable.  We ask God if He’s got anything else “in the back” that might suit our likings better.  Personalities, times of day, locations, routines, these all can be found in an array of options, and we have our desires regarding each of them.  But what are you doing with the one God has picked out for you?

As we seek Him today, let the shoe that God has chosen for you be the one that you walk around in today.  Don’t waste your time and heart wishing for something different.

Not Defined By Our Failures