An Excuse to Hate 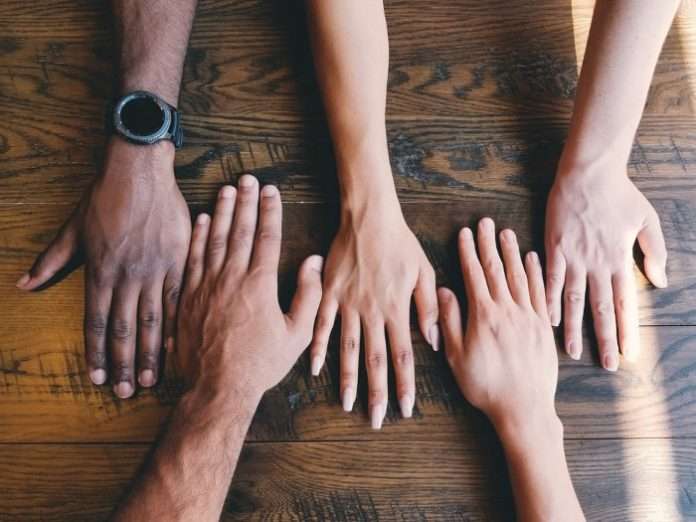 Critical Race Theory is for oppressors

Disclaimer — as with most controversial topics, not all members of any group or race are guilty of anything. I know many whites, blacks, Native Americans, Asians, Hispanics, etc. who are not racists and don’t seek to be oppressors — but there’s always a vocal few who make up the radically pissed off and, my experience, the radically pissed off always buy the biggest megaphone.

Briefly, Critical Theory started out as a Marxian critique of power structures, mostly in law schools and graduate-level philosophy and political science courses, in the 1930s. It advocated for analyzing society and all interactions in society as between power unequals with regard to economic structures and concluded with the premise that all interactions involve exploitation of the workers by the owners of capital.

Marxist ideology (socialism) never really caught on in the United States because Americans aren’t trapped in a class structure as many Europeans are. You can be born poor in America and reach the heights of wealth — Sam Walton, Alan Gerry, Kenny Troutt, Howard Schultz, John Paul DeJoria, Do Won Chang, Ken Langone, Stephen Bisciotti, Shahid Khan, Jan Koum, Sheldon Adelson, Larry Ellison, and Ross Perot, for examples — and be just as respected (and perhaps more so) than if you were born wealthy. And many of the people born to the top income levels of the country fall into the middle class or even into poverty within their lifetimes. America does not divide itself by class, so Marxism failed to inculcate itself into our society.

Time for a new con

Critical Race Theory takes a similar approach but stratifies culture according to skin color. Instead of focusing on the ownership of capital, it focuses on an intrinsic characteristic and says that all interactions in society revolve around skin color and that some skin colors are more privileged than others and therefore, people with those skin colors are automatically oppressors of those who are of another skin color.

Get that? You don’t need to do anything to be an oppressor. You just need to exist and have light skin.

CRT began to be taught in American law schools in the 1960s, gradually worked its way into graduate-level philosophy and political science courses, and then began to be introduced into university non-graduate courses in the 1980s, usually under the rubric of “diversity courses”. In recent years, a version of it has begun to appear in public schools. No, they aren’t trying to teach legal theory to small children — which is how the CRT advocates get away with claiming they aren’t teaching it in schools — but an increasing number of schools have begun curricula that teach the underlying concepts of CRT — that blacks and Hispanics (and perhaps Native Americans, but that’s problematic) are oppressed by whites and Asians (and perhaps some Native Americans, and definitely Jews) because those with lighter skin are automatically afforded greater opportunities in America compared to those with darker skin.

Racism is America’s original sin and there’s no escaping it.

CRT advocates will claim they are only teaching the “truth” about racism and racial injustice in American history and that anyone who objects to this “truth-telling” is just being thin-skinned because they want to continue to be treated preferentially in society. They’re just trying to maintain the status quo and not have to give up their advantages in this world, but CRT is here to assure that they will have to pay for the sins of their ancestors and for their own sins because if you’re white, you’re race-sin-guilty…period and no workarounds.

Hate yourself because you are hateful.

If you’re white, you’re party to racism even if you yourself have never done or said anything racist. You could even have been born into horrible poverty and struggled all your life to overcome that, but if your skin is white, nothing else matters and you need to acknowledge your life has been roses because of that and only that.

How is that so?

Your white skin renders the universe into your apple and just because you have white skin, you get treated better than your darker-skinned neighbor. It’s not necessary for you to actively participate in this system. You are responsible for it just because you and your beige skin exist.

Your racism, defined by your immutable characteristic, should be obvious to you, but since it’s not, you might need to be reeducated and discriminated against to really understand it.

Of course, you should feel very guilty about that. You should strive to diminish your own place and role in society to make way for the black and brown people your existence has been oppressing. You shouldn’t strive for excellence or encourage your children to be good in school or prepare for good jobs because that displaces black and brown people who already have so much stacked against them in this racist society. Some CRT advocates even call for whites to hand over their savings and retirement accounts as well as homes to blacks to even the societal imbalance.

What are the solutions?

And the only solution to this problem is that society begins to discriminate against white (and Asian and some Native Americans) people for the benefit of black and brown people.

And how long will this discrimination last?

Well, the rest of your life and probably your children’s lives and, well, then we’ll see. When white people give up “white” behaviors, we’ll see whether it’s time to lift the discrimination.

I say “we” because I’m Native American and so, in some circumstances, would be included with the oppressed who are hoping to become the new oppressors.

I think you can guess my feelings on the subject.

My husband is a white man — whose family immigrated from tough circumstances in Ireland — and that means my children, though tribal members, look less Indian than my mother and cousins. This provides me with the opportunity to walk in the shoes of the people who would be oppressed under the CRT society and I don’t like the idea.

We should strive for equality and stop creating automatic outgroups.

It starts with the children

Of course, it starts with the children, because they are so malleable and that’s a WONDERFUL thing. Kids can be groomed to be anything we adults want them to be. You can try to shame an adult into acting and thinking in new ways, but you can pattern a young brain so much easier. Children respond to both positive affirmation and shaming far better than adults.

At one time in certain segments of American society, my tribal ancestors were taught to hate themselves, to consider themselves less-than, and to act accordingly. Not everyone bought into those lessons, but enough did that there are still people today living on the reservation thinking that’s the only place they can ever amount to anything. Pay no attention to the tribal members who have left the reservation and now live healthy lifestyles in contact with other ethnic groups. Oh, no, that’s an illusion. The only safe place for tribal people is the reservation where there are no jobs and you spend your days smoking cigarettes and weed and getting drunk while your bills are paid by government subsidies. This befits your victim status. Those others — well, they’re sellouts who don’t know they’ve been oppressed and who are now oppressors because they own a few things you don’t because they made better educational and financial choices in life.

Self-hate is a powerful emotional and societal corrosive.

Teaching the history of racism

There was a time in our society when we came to understand that treating people as less-than because of the color of their skin was racism and it was wrong. A lot of people in past generations were harmed and exploited and no doubt felt self-loathing because they’d been taught they were less-than.

Oppressing people is wrong. It doesn’t matter what color of skin the oppressed and oppressors have. The harm is the same.

I’m sure there are some people who mean well when they advocate for CRT. Racism was a horrible thing and needed to be rectified and we shouldn’t cover up that past. From my own schooling and overseeing the schooling my children received, we’ve not been doing that. The history of racism has been taught in schools and my 20-somethings didn’t categorize people by race. Some of their friends had darker skin and some had lighter skin, but they were Amy, Ben, Lily, and Ken — people, not stereotypes. But there is a vocal cadre of the radically pissed off who see CRT as the means to reorder society and put “whitey” where they believe he belongs. Although they don’t say it in so many words, writers like Ibrahim Kendi tacitly speak of generations of discrimination until there are no more “white” people and they present this as a good thing for everyone concerned. If you sense what they’re really saying is “Maybe after the white race has been in slavery for 300 years, it’ll emerge worthy of readmission into the human race” — well, that’s pretty much what they are saying. They offer no other solutions to the problem of systemic racism because their theory doesn’t offer any solutions. The world is divided into the oppressed and the oppressors and that polarity might swap from time to time, but there must always be oppressors to oppress the oppressed, and black people like Kendi want it to be their turn as oppressors this century or two.

We need an outgroup.

Coming from the mouths of the radically pissed-off, CRT comes off not as a means to understand the world and correct historic injustices, but as an argument to marginalize white people not for anything that they individually have done, but for something people who looked like them did in past generations. It’s a form of original sin without a loving Savior to help them out of the muck. As a Native American married to a white man and the mother of children who will likely be judged by their father’s DNA more than mine, I don’t think we make the world a better place by marginalizing any racial groups. The sooner we stop doing that, the quicker we become a post-racial society.

Lela Markham is an Alaska-based novelist and commentator who really thought we were entering a post-racial society in 2008.