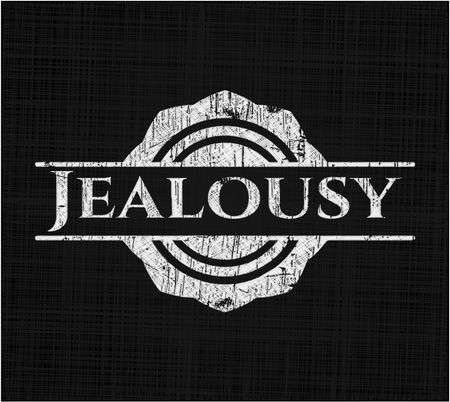 Our verse for today comes from Ezekiel 8:5, ” Then He said to me, ‘Son of man, lift your eyes now toward the north.’ So I lifted my eyes toward the north, and there, north of the altar gate, was this image of jealousy in the entrance. “

When I was a very young kid, back in elementary and junior high school, I was all about having a girlfriend. I would cast my eye on some sweet beauty and send her a note in class, asking her if she would ” go with me. ” She would answer by checking either a yes or no box in the note, and pass it back to me. If she checked yes, then we were ” going together. ” Now, I probably wasn’t the greatest boyfriend, for I don’t remember much changing between me and the girls once we started going together. We might hold hands, if I wasn’t too embarrassed. But mostly I remember getting jealous once I began to sense she was catching the eye of some other young suitor. I would go overboard and accuse her of liking him more than me, and before I knew it, we had broken up. Well, occasionally I was right about her feelings towards the other guy, but mostly it was just my insecurities dominating me as I tried in vain to have a girlfriend at ten or twelve years old.

But with God, there is no board that He goes over regarding His jealousy. When He is provoked to jealousy, it is always appropriate and justified. But it is we who do not see it that way. We don’t consider the other interests and endeavors in our life as idols that move God to jealousy. They are usually good things, positive things, that bring pleasure and joy. They don’t cause us to denounce God or blaspheme against Jesus. They might even be done right in His very own church. But God showed Ezekiel the idols of man right there in the temple, the worship of false gods, right there in the temple. The things we cling to and grasp for, whether they keep us out of church or go with us every Sunday and Wednesday, are moving God to jealousy. What occupies your mind, either through joy or worry, can move Him to jealousy if it’s not placed at the foot of His throne.

So, like Ezekiel, we need God to show us the abominations. We need Him to show us what is and what should be. We need to set aside the image of jealousy, and focus on the Creator.

As we seek Him today, let’s consider that we might actually be putting things first in our lives other than God. Ask Him to show you something that needs to be repented of, and get that image of jealousy out of your life.

Share
Facebook
Twitter
Pinterest
WhatsApp
Previous article
Thursday, December 1, 2022
Next article
Many collapse the Bible into the second half of Luke 10:27, “love your neighbor” and think that is all God is looking for from mankind.
RELATED ARTICLES
Devotion