Applying Reasonableness to the 2020 Election Results 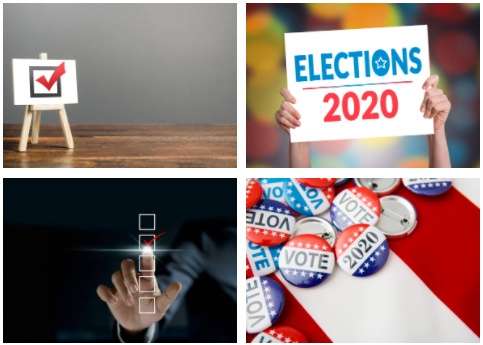 Our American justice system relies on judges and juries to make decisions based on their best sense of things. There are no absolutes, only the laws and what seems right to a reasonable person or persons relative to those laws. In the same way, we each have to rely on the best of our own reasoning when evaluating situations around us. Specific to the 2020 election, what could be the thinking of a reasonable person relative to the legitimacy of the election results and their effect on the individual races?

As to the legitimacy of the election results, why are so many attorneys general, judges, election officials, and those that can, resist voter audits or ignore audit results? Wouldn’t those that claim legitimacy want to share any and all information to quiet the naysayers? Consider the shoplifter that is asked to empty his pockets to prove his innocence. Wouldn’t a reasonable person do so? Wouldn’t it be equally reasonable to assume their refusal would imply the guilt of the accused shoplifter? In the same way, any refusal to audit is the same as a refusal to empty one’s pockets, so to speak. Without a single video, affidavit, or data analysis one could therefore reasonably conclude “guilty” for the legitimacy of the vote. Ironically, the conclusion and proof of election illegitimacy come from the very sources that claim the election was legitimate!

How many illegitimate votes and swayed races

As to the impact of illegitimate votes. We may never know the numbers of illegitimate votes and whether they were great enough to sway any of the race outcomes. Consider for a moment why the whoever’s are willing to expend the energy, cost, and risk of being convicted of ballot manipulation. Did they do it just for fun or as a personal hacking challenge? It would be reasonable to assume they did it to sway the outcome of the election. Therefore, if the number of illegal votes was not enough to change any race outcome it was only because they were unsuccessful in their efforts.

As to the next election, consider if someone tries to rob you but you narrowly fend off their attack. Now knowing their intentions toward you, a reasonable person would be wary of them in the future and take the opportunity to prepare against a future attack. In the same way, we as a country need to reject the calls to “move on” and respond to voter fraud as if the presidential and all down-ballot races were affected by voter fraud and put in plans to stop a future attack on our elections.

The simplest things can be the most reasonable

These thoughts of reasonableness allow one to assess the legitimacy of the vote and its outcome without relying on any videos, affidavits, or election data. This allows for a reasonable assessment without having to wade through an endless amount of reports with questionable bias either way. It also suggests that only one thing that needs to happen to ever change this position…and that is transparent audits.

As Biblical Christians we are called to live peacefully (Rom 12:18, 1 Thessalonians 4:11) with our neighbors and to honor the government and its elected leaders (Hebrews 13:17, Rom. 13:1). Honest, transparent elections, where we all can be assured that offices are held by elected leaders of the people, will go along way toward that end.

Sometimes the simplest things can be the most reasonable.