Are You Casting Lots Over Garments? 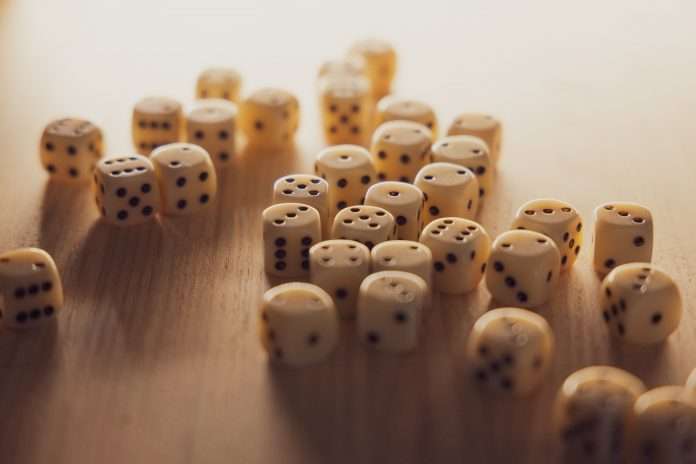 Our verse for today comes from Mark 15:24, “And when they crucified Him, they divided His garments, casting lots for them to determine what every man should take.”

B-11.  I-20.  N-44.  G-57.  O-72.  B-I-N-G-O!  Who among us has not stared over a Bingo card as the numbers were systematically and methodically called out, hoping against hope that our line of five in a row would be completed before anyone else’s, and we would be the “lucky” one to holler out, “Bingo!”?  But if we weren’t, if another player yelled out first, we still held onto hope, for the caller of the game would immediately remind everyone to not clear their card on the chance that the supposed winner had made a mistake and in fact did not have a winning card.  And some players were very particular about which cards they would choose to play on.  They seemed to think one card had a better chance than another.

But truth be told, there’s not many more random things than Bingo.  In fact, for the average game of Bingo, there are more than 111 quadrillion unique winning cards.  If you were printing one card per second, it would take you just a few minutes north of 3.5 billion years to make them all.  When the soldiers cast lots to determine who got to take home the sweaty, bloody, well-worn cloths that made up the clothes of Jesus, I doubt they pulled out their Bingo cards and organized a quick game.  And rock-paper-scissors was also probably not an option.  But they did something.  And some left there a winner while others went home frustrated.

I can’t begin to presume how much of your life looks like a Bingo game.  I don’t know if you divide Jesus up, or trust Him for certain things and leave others to chance.  Only you know if you’re more interested in the outer garments, or the relics and traditions, than you are the heart and soul of the Savior.  Only you know if the externals matter more than the message.  But if you can’t hear that message unless it’s dressed up or presented a certain way, if the how squeezes out the why, then perhaps you’re casting lots over garments when your eyes should be fixed on the cross before you.

As we seek Him today, choose to focus on things bigger than the little things that get you all worked up.  Let the One who died for you help you die to those things that are dead.

Was America founded on Christian Principles?

21 Tips for Hiding your Christian Faith