Are You Living The Way You Believe 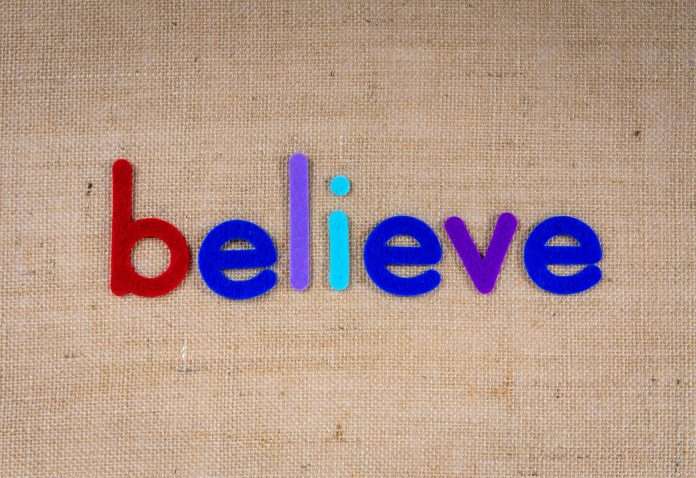 Our focus verse for today comes from Galatians 6:3,7, “For if anyone thinks he is something, when he is nothing, he deceives himself. Do not be deceived: God is not mocked, for whatever one sows, that will he also reap.”

Few people are more to be pitied than the one who is delusional. That person who goes through life thinking he’s something other than what he is, doesn’t really experience life, but rather exists in a fantasy where up might as well be down, and light could just as well be dark. I once heard a story told of a man who was convinced, he was dead. No amount of reason or explanation could change this person’s mind; he knew he was dead beyond all doubt. So a fellow asked him if dead men can bleed. After thinking for a moment, he said that they cannot. Certainly, he said, dead men are unable to bleed as the living can. So the fellow grabbed his hand and pricked the end of one of his fingers, and a bright red drop of blood immediately formed on the tip. The man was amazed, his eyes opened for the first time. He turned to the fellow and thanked him and said, “well, what do you know? Dead men can bleed.” Now for some of us, that level of detachment or irrationality rings a little truer than it should.

We are prone to the old saying of “I know what I believe, don’t bother me with the facts.” But the bigger problem with this deceit is that it affects the way we view our God and live before Him. Most times we read here about sowing and reaping and think that it is warning us about selfish pursuits and Godly pursuits, which it is. We cannot think that we can sow for ourselves and reap for God. But it also is warning about claiming you believe in a big God, and then living like He is small and limited. We cannot say we believe that God made us and saved us for a purpose, but then live like we made Him and He is meant to just serve our purposes. He is not as big or as small as we make Him. He is God, and where was I when He formed the worlds? So don’t deceive yourself by not living how you really think. Be honest about your faith, and find out just how big it is.

Why do Pastors get Involved in Politics?

Reflective of the King we Serve