As Plain As The Nose On Your Face 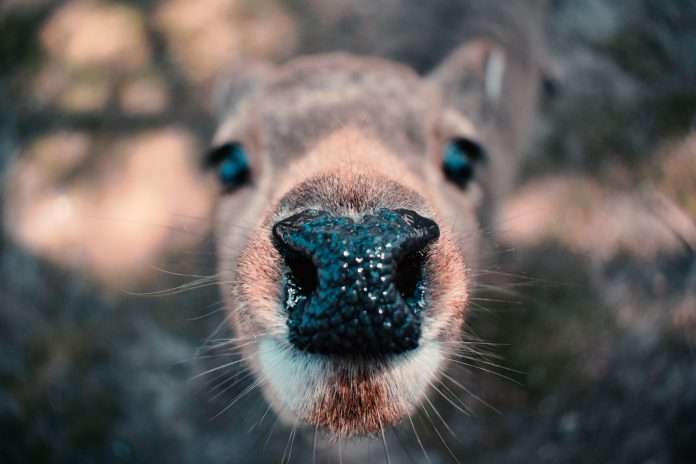 Our verse for today comes from Acts 14:10, “[Paul] said in a loud voice, ‘Stand upright on your feet.’  And he sprang up and began walking.”

Sometimes, as they say, the meaning is as plain as the nose on your face.  And speaking of noses, my best friend once made a comment that included the mentioning of my having a strong nose.  Now, I do tend to detect the aroma of things that others in my family cannot, but that was not the strength that he was noting.  Rather, what I heard was that I have a big nose, something that I had never considered until then.  And when I responded to him, he made it clear that he specifically said I had a strong nose, not a big one.  And since he is an English teacher and adept at the use of the English language, I was forced to take him at face value, so to speak, despite my struggles to see the good in his observation while being blocked by my enormous beak.

I trust there were no big-boned girls awaiting his greeting after he managed to maneuver around my four-dimensional snout.  Whether the meaning was plain in my instance stands open for debate, but such is not the case with Paul’s encounter with the man who was crippled from birth and had never walked.  Responding to his faith, Paul booms out his command to stand up, and the lame man immediately sees the world from a perspective which he had never experienced.  Standing on his own two feet, with assistance from no one, this man is given new life.  And what does he do?  What else would you do when you were given legs for the first time after dozens of years of paralysis?  He begins walking.

Having legs that worked where they never had before, this man needed no special instructions or explanations as to what comes next.  Having won the lottery, no one needs to be told to then go and collect your winnings.  When a barren vine finally produces grapes after so many lost seasons, the vinedresser doesn’t wonder what to do at harvest time.  Neither should you and I flounder around, stand perplexed, or continue as we were once God has placed within us a new heart.  Bound to sin and self, but now freed to live, love, and serve, those legs that work should have plenty to do, and that heart should have much to share.  It’s as obvious as that nose of yours, be it cute and little or big and strong.

Where is God Not Concerned