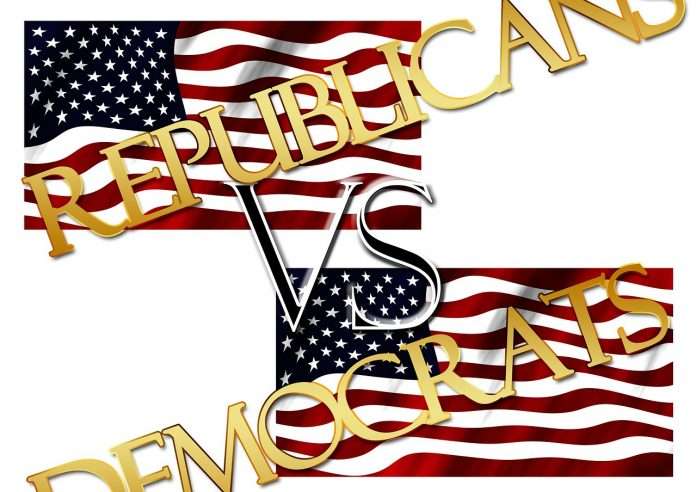 The following is more of a story than an article on BCW’s typical subjects. With apologies to our readers, it serves as a stake in the ground for me to refer back to, defining why I became a writer on the intersection of media, politics and Biblical Christian theology.

Today is birthday 69, an unfathomable warp in time since I am convinced I just turned 50 last year. By now one would expect to have a pretty good idea of who he is and what he stands for. However, I have to admit on one foundational issue, I am in transition.

I am no longer a Republican

There, I said it. I wrote it in bold and put it out there. Perhaps I have been a right-wing conservative Republican most of my adult life. I’m not really sure because, up until the late 90’s, I would not have even known what that meant. I might have been raised that way, but politics was rarely part of dinner table conversation while I was growing up in the 60’s. Sure, Vietnam was an issue but no one in my peer group knew the difference between a Republican and a Democrat. The family sat every night and watched a boring half hour of network news, which my parents trusted as unquestioned fact. The personality we chose to watch, Walter Cronkite, was no more or less credible than the other two newworks. I think my parents just liked his voice.

The late 60’s, 70’’s, and 80’s were a blur of more schooling, marriage, work, and kids. All my energy was focused inside my bubble of day-to-day life. I missed the war protests and the Woodstock phase of life, largely because I complied with my parents who refused to let me participate. I had little time or interest in TV, reading, and certainly no time for politics. To get my attention, it took the Beatles breaking up or the Challenger spacecraft exploding to rise above the background noise.

I really did not become “politically aware” until the twin towers fell on 9/11/01. That shook the nation and got my attention, and kept it. By then I had been a born-again Christian for nearly 12 years. My theology was solid, but my politics were jelly. That single event galvanized the nation and a month later I started a new “job” in ministry, in which I am still active today.

Honestly, I can’t say when or how my political views formed. Did my parents instill them? I don’t really think so. Did my faith or my new Christian peer group have an influence? Maybe. Anyway, at some point, by osmosis, I started seeing the world through a conservative lens. If forced to explain it, I would say that secular success, based on a work ethic instilled by my upbringing, endeared me to capitalism, and capitalism seemed to be more aligned with conservative Republican values. How’s that for a one sentence guess?

I am a Conservative Independent

Jumping to the point, over the last few years, due in large part to Trump and the lies coming from right wing politicians and their media outlets, I can no longer call myself a conservative Republican. I do think the liberal left news media and politicians are worse. So, I find myself stuck in the middle, and have to acknowledge I’m an Independent. It’s not a bad thing in and of itself. What’s sad is the reasoning behind the decision. Between the media and the politicians, I don’t trust, or agree with either side. So I land in the middle, not because I want to be there but because I have no other choice but to be there.

This disillusionment with Republicans and Democrats, Liberals and Conservatives, MSNBC/CNN and Fox News, etc. was the catalyst for our website, Biblical Christian Worldview. Our desire is to offer an unapologetic source of traditional, evangelistic, Biblical Christian theology and values in the midst of a polarized world sadly full of media and political lies and exaggeration. As Biblical Christians, we are not of this world, but we are in this world and, as such, we have to navigate the river of life, through the rapids.

At 69 years old, I have changed my political affiliation from Conservative Republican to Conservative Independent. There, I have said it, and feel good about it. For those few who made it this far, thanks for listening.

Lord, Prepare Us For Tomorrow