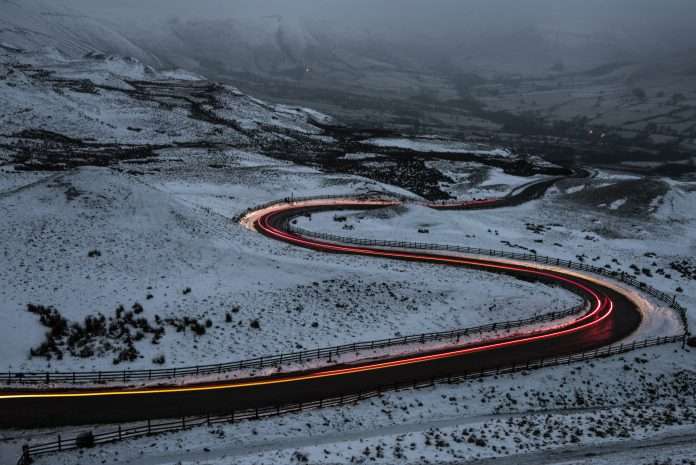 This is an excerpt from a response I wrote to a very influential blogger who has thousands reading his voluminous ant-Christian material on a monthly basis, while calling himself a Christian. It is beyond twisting Scripture because the writer’s reference to the Bible does not just pluck verses out of context, he has referenced verses and made logic errors that are hard to believe possible, short of outright lying to his followers. I am presenting this as a contemporary example of how complacent and willing we can be in blindly absorbing an opinion from someone who holds themselves out as an authority, without engaging in critical thinking. We take in viewpoints and accept them as our own without inspecting their underlying credibility. It is not just dangerous, it is opposed to God’s Word which requires us to go back to Him and confirm truth, rather than blindly and lazily accepting it from someone else.

The original article, which is a 3-5 minute read, can be found here.

Dan, I have to comment on some of your logic, and abuse of Scripture.

“Barnes fails to realize that if Christ didn’t intend for women to PREACH (emphasis added), then no one would have ever heard about the resurrection, would they? I mean, Christ showed himself first to the women en, entrusting them with the responsibility of sharing the good news.”

When the two Marys ( Mat. 28:1-10) brought back the good news that Jesus had risen from the grave, they told the disciples about it. They used words to communicate. They were not preaching by anyone’s definition of the term. You expect your readers to swallow a great deal of stuff in your posts but this one takes the cake.

However, this verse is often used as evidence related to the accuracy of the Bible. As you somewhat implied, the event was dependent on women communicating the news of Christ’s resurrection back to the disciples. Contemporary to its writing, this would have reduced its credibility and anyone (other than God) would have used men for the story, if it was not accurately portrayed.

Second Observation – I also notice (below) that you could not find any examples of women actually preaching in Scripture, so you quickly made a list of prominent women in the Bible and quickly moved on. Wonder if your readers picked up on that as well.

Third Observation – You then go on to list all the things women are in Scripture, noticeably leaving out Preachers. But you do make the global statement…

“They are church founders and leaders, prophets and apostles.“

Dan, by putting links in, you think (or hope) it adds credence to your posts. However, some might even click them and confirm your false statements. Case in point the link to “church founders and leaders” above. Your link goes to Acts16:11-40.

First of all, “Prophets” are not Pastors, which was the premise of your article. Verses 16-18 refer to a satanic woman prophet who lost her ability when she got saved.  It has nothing to do with Pastors and is certainly not a favorable title for lifting up  women of the Bible.

Secondly, as to your view that these verses refer to women as considered “Apostles”… Apostles (other than the 12) are defined as “the sent out ones”. They (we) are all called to share the Good News of Jesus Christ to all who will listen. This can be in the form of a Preacher, however, since it applies to every believer, 99% of the time, it is not. In some denominations Apostles are considered church leaders, but the term itself has a much broader meaning. And, for the record, “Apostles” or any version of the term, does not show up in any of your referenced verses.

Final Observation – What is most telling from your referenced use of these verses is your evidence of a woman (Lydia)  as a “church founder and leader”. The specific verses you say are evidence of women church leaders follows below.

Acts 16:14-15 One who heard us was a woman named Lydia, from the city of Thyatira, a seller of purple goods, who was a worshiper of God. The Lord opened her heart to pay attention to what was said by Paul. And after she was baptized, and her household as well, she urged us, saying, “If you have judged me to be faithful to the Lord, come to my house and stay.” And she prevailed upon us.

Do you think no one, of all your hundreds of readers, would go to the trouble of double checking your sources? Lydia was not a “church founder or leader”. She was a merchant who “paid attention to what was said by Paul” and God opened up her heart to Him. Paul stayed at her house and her whole household came to Christ. This is embarrassing, even for you. After this, I stopped reading the rest of your post. Perhaps more of your followers should do the same. Sounds harsh but, in my view your work fits 2 Peter 2:1. Please stop using Scripture (especially when the verses don’t even support your premise) in your never-ending desire to undermine God’s Biblical Christian Worldview.

I sincerely and desperately wish you and others would open your eyes to God’s truth that is all around us, His creation. He is real and He wrote us a love letter which holds within it not only guidelines for living here, but the open secret to eternal life in Heaven.

Whether it is found on BCWorldview, or in the pulpit, or elsewhere, we all need to individually refer back to the Source of truth before ingesting anything coming from sinful man.

I received a comment on Medium on this article that listed the other passages that some believe support woman pastors. Below is a summary of my response to an article this reader referenced and his use of mankind’s logic in justifying a divergence away from God’s viewpoint.

1. Your article starts with Priscilla and Lydia, which I addressed in my “Second” and “Third Observation” as a false flag for Women Pastors.

2. Your article then goes to Phil 4:… ‘Philippian church, Euodia and Syntyche, who Paul said, “labored with me in the gospel.” This could mean anything from them teaching other women or just supporting the masses that came for baptism in Acts 16:13. “Labored” is not saying “Preaching in public”.

3. Then it goes to “Phoebe, who Paul mentioned in Romans 16:1”. Diaconos can be translated Deacon but interestingly the ESV, Holman, NASB, NKJV and others translate it as “servant” not “deacon” in this passage. Further, deacons were not teachers in the early church. They were support for the Elders in ministries such as widows (Acts 6:1-6).

4. Finally and most importantly, I respectfully offer that you are using human logic more than Scripture to make your point. You are justifying women pastors based on your experience that there are those who are more articulate and well versed than men. I could not agree with you more. Often the core faithful of a church are the woman. I don’t know why God offers what I consider a clear opinion on the matter that differs from my, human based, opinion. However like so many other views in which we differ (me and God), I will rely on Him (the Potter) since He created me (the clay). Again, respectfully, when you begin to discredit the Bible we hold today as a basis for making a determination on any component of your systematic theology (you said “translations are lacking”) then you are drifting away from 2 Tim. 3:16 and toward Eph. 4:14.

2 Timothy 3:16 All Scripture is breathed out by God and profitable for teaching, for reproof, for correction, and for training in righteousness,

Ephesians 4:14 So that we may no longer be children, tossed to and fro by the waves and carried about by every wind of doctrine, by human cunning, by craftiness in deceitful schemes.

To comment on this article, please go to Medium.

God Made Us For A Relationship