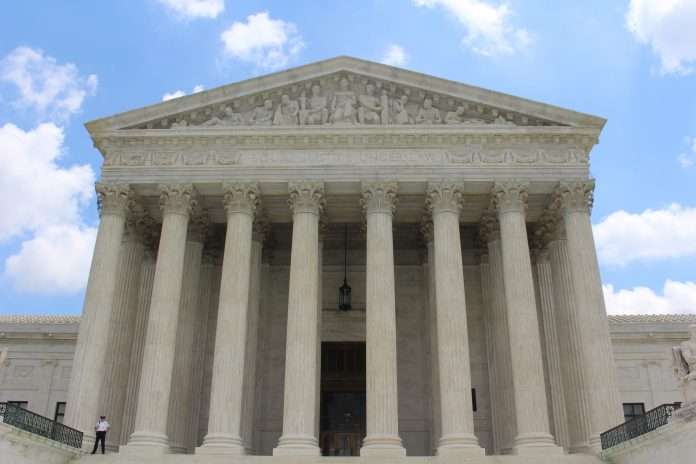 Typically, disputes in interpretation of the Constitution and its Amendments are adjudicated (judged) by the federal courts, some making it all the way to the Supreme Court. The importance of this process of clarifying the law cannot be understated. This is why there was so much controversy over former President Trump having the ability to add three Supreme Court justices during his tenure. It is also why there is a movement to expand the number of justices (by the Democrats) in order to move its majority bias back toward a more liberal position.

Supreme Court judges are categorized in many different ways. However, two major designations stand out:

Why Should Christians Care?

Logically, Biblical Christians typically find themselves siding with the Originalists Supreme Court justices. This position is in line with most Christian doctrine that sees our unchanging God/Jesus as the same yesterday, today, and forever (Heb. 13:8). We are “originalists” in our theology, often finding ourselves swimming against the tide of “modernists” who see the Bible as an antiquated document that has little or no meaning in today’s culture.  Rejected are the definitions of a man and a woman, the rights of the unborn, and other doctrines that are the same laws being challenged through our court system.

As America continues to lose its moral footing, laws originally set down by our supreme God and Father, such as the 1st Amendment, are being challenged and struck down. Most are not so abrupt as Roe vs. Wade. They are more subtle, chipped away over time.

For the past few decades, the Supreme Court and many federal Appellate Courts have been considered by most constitutional observers as biased toward a progressive or modernist viewpoint. This has shaped the laws in our country away from the original intent of the founders of the Constitution, and toward more contemporary positions. Fulfilling his campaign promises, former President Trump focused on filling both the upper and lower courts with conservative judges. By December of 2020, “Trump had appointed 230 judges on the federal bench, including the three newest justices of the Supreme Court”. By the end of this term in office, Trump had successfully moved the Supreme Court from progressive to conservative, as well as “appointing 30% of the judges on the country’s Court of Appeals, where all but a handful of cases reach their end.”

As long as Congress is barred from expanding the Supreme Court, these changes will continue to have an increasing positive impact (for the Christian) on our legal system for generations to come.

Christians are called by God to submit to the governing authorities (Romans 13:1-7, 1 Peter 2:13). However, we are also told to place God’s authority above man’s (Acts 5:29). The challenge for the Biblical Christian is when God’s law conflicts with the laws of our government.

The Constitution and its Amendments

Each Christian must make up his/her own mind on where the line is drawn between our interpretation of God’s law and man’s. In the case of abortion, the line is clear. However, in many other areas, the line is much less distinct. I do not consider myself a fan of former President Trump. However, I will say that his efforts on reshaping the federal court system will have a major impact going forward on supporting a Biblical Christian worldview as we drift further toward a Socialistic country.