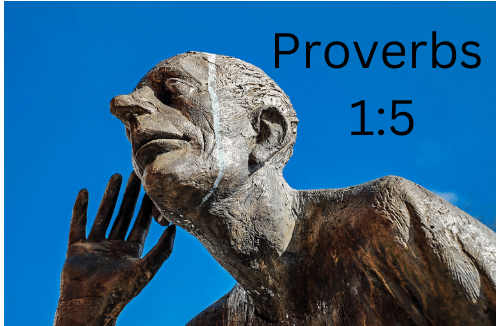 Author’s Note: I have written nearly 400 articles over the last two years. The post below has been one of the more significant for me personally because it addresses a challenge demanding justification for that writing effort. My work is intended to strengthen the theology of the saved and challenge the deteriorating culture of the lost. It is this second area that has made me a bit uneasy regarding its Scriptural support.

Should Biblical Christians be challenging the status quo?

A reader recently commented on an article I wrote which was critical of Disney for producing and financing a new show on FXX entitled Little Demon. Below is an excerpt from this individual, who is one of the more prominent members of a popular Christian Deconstructionist publication on Medium.

“… Evangelicals, for the past three generations at least, have been working for the evil one by promoting a one-and-done approach to Christian fellowship.”

Of course, offering a blanket comment that Evangelicals are working for Satan is a controversial statement, especially coming from one who professes to be a Christian. Continuing to defend his point….

“Paul, Peter, John, Hebrews, well all of the New Testament is clear that if you are an actual follower of Christ, you will be naturally repulsed by these things [Satan, demons, etc.] but without a need to judge others. No one has ever built a better world by complaining.”

The two points he was trying to make were that I (and by extension, we as Biblical Christians), have no right to criticize Disney for promoting a TV comedy series on the challenges of a teenage daughter, the antichrist, who has Satan as her father. (1) Christians should be naturally wise enough to stay away from such bad influences. And (2) I (we) have no right to “complain” in the public square about the deterioration of our secular culture.

First – Are Christians Naturally Repulsed by Sin… NO

Is it true that “if you are an actual follower of Christ, you will be naturally repulsed by these things”? I don’t think so.

Mature Christians, with the Holy Spirit as their “Counselor”, SHOULD be “repulsed” by those idols which can infect our relationship with God. However, what about younger Christians still drinking spiritual milk (1 Peter 2:2)? Further, even the most pious and steadfast among us can find ourselves regularly immersed in some form of sin.

Mark 7:21-23 For from within, out of the heart of man, come evil thoughts, sexual immorality, theft, murder, adultery, coveting, wickedness, deceit, sensuality, envy, slander, pride, foolishness. All these evil things come from within, and they defile a person.”

Many of us, like Paul in Romans 7:20, suffer and struggle with one or more of these “evil things”? We are sinners before we are saved, and we remain sinners after we are saved. Part of the Sanctification process is to work out our salvation in a way that engages the Holy Spirit more and more in our lives as we learn how to resist our continuing sin nature. Satan always looks for our weak points to pounce on and, in this example, the production of a TV show that emphasizes his influence and habituates us to his sinister intent through comedy, needs to be brought to the surface and challenged.

A Christian’s first priority should be to focus on our own sinful actions rather than dwelling on the sins of outsiders to the faith (ex. Disney-FXX and its fan base). Matthew 7:1-6 paints a clear picture of where our target should be.

Matthew 7:4 Or how can you say to your brother, ‘Let me take the speck out of your eye,’ when there is the log in your own eye?

It is important to note that this verse is referring to relationships between brothers and sisters in Christ, which is clearly not between the Disney Corporation and Biblical Christians. However, it still then begs the question…

Should Christians, who are passing through this world rather than being citizens of this world (Phil. 3:20), engage in highlighting the deterioration of this world?

My simple answer is a qualified Yes. However, how I get to that opinion is more complex and nuanced.

Earlier this month I wrote an article outlining 22 negative trends witnessed in my nearly 70 years on this earth. Comments on the post were mixed, ranging from agreement to sadness to criticism (for my lack of presenting any positive trends along with the negative). Should we, as Christians, be “complaining” publicly about the negative direction taking place in our society? Is highlighting these concerns in a public way anti-Christian or anti-Biblical based on the application of the four verses below?

1 Thessalonians 4:11 …To aspire to live quietly, and to mind your own affairs, and to work with your hands, as we instructed you…

Romans 13:1 Let every person be subject to the governing authorities. For there is no authority except from God, and those that exist have been instituted by God.

1 Tim. 2:1-2 First of all, then, I urge that supplications, prayers, intercessions, and thanksgivings be made for all people, for kings and all who are in high positions, that we may lead a peaceful and quiet life, godly and dignified in every way.

1 Peter 2:13-14 Be subject for the Lord’s sake to every human institution, whether it be to the emperor as supreme, or to governors as sent by him to punish those who do evil and to praise those who do good.

How do these verses wedge themselves into a post that publicly calls out Disney with click-bait titles like mine, “Disney’s Next Step Toward the Abyss”?

A Justification for Calling Out Moral Decay

Since I started the non-profit BCWorldview (BCW) nearly two years ago and began writing on Medium a year ago, my focus has been twofold. First, to offer theological clarity on what a Biblical Christian worldview looks like. Second, to contrast it against our deteriorating cultural norms and media bias (on both sides of the coin). The Mission Statement of BCW reads,

“Providing honest reporting and analysis on the intersection of contemporary issues and theology, based on a Biblical Christian Worldview.”

In the early days, beyond the encouragers, there seemed to be an unending number of Atheists, Agnostics, and generally angry people responding to my posts. Much of their vitriol was expressed with few filters. However, as time has gone on, I now receive very few responses of this type. Instead, the challenges and questions come much more from what I consider curiosity seekers and Christians who ask and respond with candor due to the anonymity of the medium (on Medium.com nearly 4k responses). Further, I rarely comment on posts written by writers antagonistic to the gospel. In my view, this position represents a contemporary parallel to the disciples in the first century, trying to defend and qualify what a Biblical Christian worldview looks like while living in a secular society. They traveled about on missionary journeys, offering the gospel message and instruction to whoever attended their meetings or listened to their writings. This is the same today, in Biblically-based churches and in venues such as the Christian Broadcasting Network, The Denison Forum, Medium, Substack, thousands of other internet-based sites, and, to a much lesser degree, broader media outlets such as Fox Nation. In all these venues, the public can choose to engage or not engage based on their interests and preferences.

Bringing Attention to Problems in our Society is Biblical

As individuals, each of us can certainly choose to remain silent on the trends of moral and anti-Biblical Christian decline taking place in this country. Disney and their new FXX show are only trying to capture that trend to make money for their stockholders. There are many examples throughout history where the consequences of this strategy of “keeping silent” has been demonstrated, along with its inevitable outcomes (for example the rise of Hitler in Germany).

The verses offered above, which some would use as justification for silence, are certainly to be taken seriously. However, so is the illustration Jesus offered when He overturned the tables of the money changers because they were defiling God’s temple (John 2:13-17). Christ was also challenging the elites of His time, calling them a brood of vipers in Matt. 12:33. Other verses which demonstrate this point include Mark 3:5, Psalm 4:4, Numbers 32:13, Psalm 7:11, and Mat. 21:12-13.

Finally, Jesus and His disciples wrote the entire New Testament as an instruction manual for life. They were not merely speaking to the saved or the forming church, they were speaking to whoever was interested enough to listen, in the courtyards and the city gates throughout the known world.

Reminding Christians that we are Ambassadors for Christ.

As Jesus dealt with sin as His ministry expanded, He showed love and compassion for the poor and downtrodden. But, as mentioned above, He also showed righteous indignation towards those who opposed the true teachings of the Old Testament. Paul and the other apostles continued to defend the new covenant that Jesus fulfilled by disciplining the growing church AND all those outside the church willing to hear the truth.

Finally, for those willing to open their minds to the reality of our moral trajectory, clarifying what is good, becomes easier to understand when juxtaposed against what is bad. I would contend that the term “good” can only be defined when viewed in the context of what is “bad”.

Each of us must decide where the line should be drawn in challenging the moral decay of our time as compared to the immutable commands of a Holy and righteous God. No matter where we land on that calling, there must be a recognition that we, as Christians, are far from perfect and it is the sin we are drawing attention to, not the sinner. Christians need to publicly stand for what we believe in, without becoming belligerent and driving the wedge deeper between our static morality (based on Scripture) and the deteriorating ethics of our culture. However, we don’t have to blast that view from the rooftops with harsh and condemning rhetoric. We can find acceptable, loving outlets, such as building one-on-one relationships focused on God’s love, not Christian hate.

Ignoring Danny DeVito (playing a benign Satan birthing the antichrist) falls outside my boundary for remaining silent. However, there is Scriptural support for directing our challenges on the country’s deteriorating moral boundaries from within our Christian subculture, and also gently towards those who are seeking answers that only God can provide, rather than directing our warnings toward those not ready to listen. To that group, we, as Biblical Christians, need to shake the dust off our feet (Matt. 10:14) and maintain our testimony (1 Peter 2:12). As a writer on Medium and our own website, BCWorldview.org, I believe I have found a balance in this regard.

Conversations with Atheists and Deconstructionists