Christian Nationalism Through the Lens of Albert Mohler 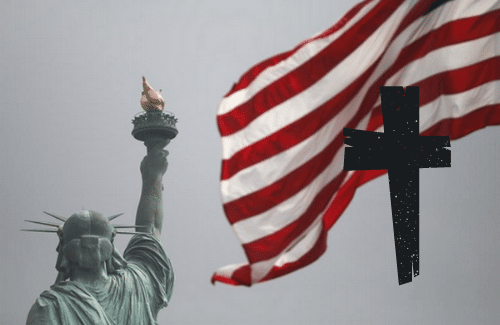 The subject of Christian Nationalism has surfaced in some of my recent articles, on its own and as a stepping stone toward the belief we are headed toward a Christian Theocracy. They include,

More interesting than my words have been the comments from others on Medium (free access).

Reading an article this morning from Albert Mohler, a renowned evangelical theologian and former president of the Southern Baptist Seminary in Kentucky, he expresses my opinion more clearly and succinctly than I have.  In his, “The Briefing”, Mohler offers his own response to a reader asking the question,

“Am I a Christian Nationalist for Supporting Pro-Life Laws and Wanting Biblical Ethics in Voting Patterns?”

Excerpts below are from Mohler’s response, the Headings are mine.

“Christian nationalism is one of the terms that they [the left] are deriding now, and there’s no way to escape it unless you just declare, “Okay, I’m the kind of Christian who believes that my Christianity should have no impact in the public square in the nation.” Christian nationalism combines two terms, you recognize that, Christian and nationalism… It combines those two words because we recognize the importance of the nation and that means the implausibility of much of political significance beyond the level of the nation. We understand that the nation has an identity, that’s why it is a nation and a part of that identity is the moral and entirely theological worldview at one level that brings that nation into being.”

America Founded as a Christian Nation

That was not a controversial issue and it wasn’t accidental. That didn’t emerge from nowhere, it came from Christianity. So like it or not, the… historical fact is that the American nation was born saturated with a biblical, and indeed, a Protestant Christian worldview. And I suggest that the only sanity for this nation is in acknowledging that and respecting that.”

Christian Nationalism can be Idol Worship

“But if you are a Christian and you are also one committed to your nation and you believe the nation’s laws should be informed by and indeed acknowledged to be based upon historic Christian teaching, that comports by the way, not only with Christianity but with creation, you’re going to be called [a] Christian nationalist. So just get used to it.”

At the End-of-Time, the world will be a Christian Theocracy

Therefore you also must be ready, for the Son of Man is coming at an hour you do not expect. – Matthew 24:44

The times of ignorance God overlooked, but now he commands all people everywhere to repent, because he has fixed a day on which he will judge the world in righteousness by a man whom he has appointed; and of this he has given assurance to all by raising him from the dead.” – Acts 17:30-31

Repent therefore, and turn again, that your sins may be blotted out, that times of refreshing may come from the presence of the Lord, and that he may send the Christ appointed for you, Jesus, whom heaven must receive until the time for restoring all the things about which God spoke by the mouth of his holy prophets long ago. – Acts 3:19-21

Leave Your Suitcases Behind