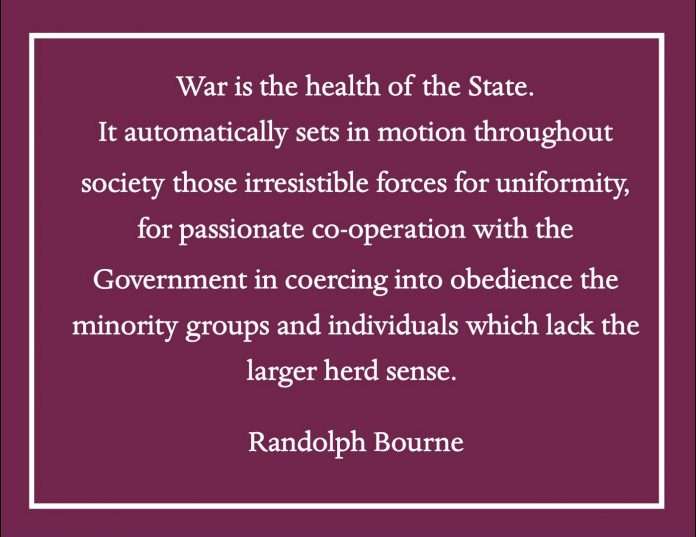 Are you ready for reality?

I hope your freezer and pantry are full and you’ve got a 1000-gallon tank of gasoline and another one of home heating diesel in your back yard. Because if you think gasoline and food are expensive now, wait a week or two and watch the Consumer Price Index go into the stratosphere.

Everything in Alaska runs on the price of oil, so this has been an enormous discussion this week for everyone who lives here.

Yeah, yeah, Putin’s a horrible man and we really should do something about him after what he is doing to Ukraine.

Yes, absolutely, I stand with the Ukrainian people to remain free of Russian tyranny, but we need to pay attention to what lubes the wheels of the American economy and not just charge into the china shop like a proverbial bull because we’re going to care a lot when reality sets in.

Biden and his ilk have turned off the Russian petroleum spigot.

America currently imports about 600,000 barrels of Russian oil every day. Until January 2020, the America was a net exporter of oil. Within days of becoming President, Joe Biden canceled the Keystone Pipeline as well as Alaska’s ANWR leases. Had he not done that, we’d have been producing about 800,000 additional barrels of oil compared to what we do currently.

The combination of a deficit of 200,000 barrels of oil per day and Biden’s “Green New Deal” energy initiatives has almost doubled the price of a gallon of gas in a little over a year. Home heating diesel hasn’t risen quite so sharply, but it’s not far behind.

Just to be clear, a year ago America didn’t need Russian oil; we were on the verge of being able to actively influence the world oil markets. Russia might have been our customer.

If Biden had continued existing petroleum policy when he came into office, we could have turned off the oil spigot on Russia this week without Americans having to pay three times as much for a gallon of gasoline.

Can we afford to do it now?

Americans ought to consider what that will mean to sanction Russian oil and whether we can afford that behavior.

Let’s look at the math.

Yeah, and Alaska is essentially floating on oil.

Why is gasoline nearly $4.00 a gallon in a state that’s floating on oil? Nobody can give an honest answer to that without sounding like a conspiracy theorist.

So the oil market watchers here are prognosticating oil will hit $140 a barrel in the near-future. At $6 per gallon for gasoline, it will cost the average American just shy of $100 to fill up the 15-gallon tank of the average compact-sized economy car.

I’m always slightly amazed that Americans in the cities are so fuzzy about where their food comes from.

HINT — it isn’t grown in the grocery store.

So maybe I shouldn’t be surprised that Americans mostly don’t comprehend why the Russians feel unsettled about having a Western military alliance amassing right up against the border of their country.

Still, folks, you really need to wake up to the fact that food needs fertilizers to grow and fertilizer production uses a lot of petroleum — mostly natural gas, but transporting it uses a lot of oil. Reduced production of fertilizer means crops aren’t as plentiful because they don’t grow as well without fertilizer. Modern farming requires machinery to plant and harvest crops, and to transport crops and livestock to market.

All this machinery is huge and uses a lot of gasoline and diesel, another byproduct of oil. Without affordable oil, food becomes much more expensive to produce.

Without affordable oil, you get hit multiple ways. There’s less food that costs more and it costs more to get the food to you because trucks run on oil. Then it costs more for you to get to the store to buy the food. The store has to pay more to heat and cool the building.

You should get the picture by now.

How about $10 for a pound of hamburger? How about no hamburger at all? That’s a delicious irony, yeah? In attempting to punish the Russian regime, our leaders rearrange our own society so that it looks a great deal like the Soviet regime. My grocery bill is up 50% since the start of COVID and there are a lot of empty shelves in my local grocery store; high prices for what is there.

How about you? Are you paying more? Seeing fewer options? Sometimes going without?

Alaskans are sensitive to such things because we live a long way from America’s breadbasket, at the end of a tenuous and often-interrupted supply chain. But surely you’ve noticed prices going up; I’ve seen photos of empty shelves across America as well.

Roads for the elites?

My friend Mila tells me that when she immigrated to the United States from the USSR in the mid-1980s, our roads dumbfounded her. They were full of personally owned vehicles. She was used to a lot of open roads that existed for the Party nomenklatura — elites like our president, congressional critters, and oligarchs like Zuckerberg and Bezos. The elites never have to worry about the price of gasoline.

They’re far more afraid of a contented population of citizens who don’t need them and might just ignore them.

It’s harder to ignore the elite when your stomach is empty and you must rely on a public transportation system to get to work. That’s why slaves were rarely well-fed. Hunger makes us compliant to whoever our master might be and, currently, that’s our government.

That government needs Americans to be desperate.

Nothing makes us quite so desperate for the restraining hand of tyranny as war and the shortages and high prices that come with it. This is not a new concept. As Randolph Bourne noted more than a century ago —

The State manufacturers crises so that it can embolden itself and war is the health of the State.

All those cries that we must do something about Putin sounds to Biden as if we’re begging to be enslaved by his agenda. Let’s not give him that, folks. We need to understand what this war is going to cost us and demand our government not punish Americans for what the leader of Russia did.

Lela Markham is an Alaska-based novelist and former journalist who is old enough to remember stagflation and other “benefits” of war.

Why Did God Create Man