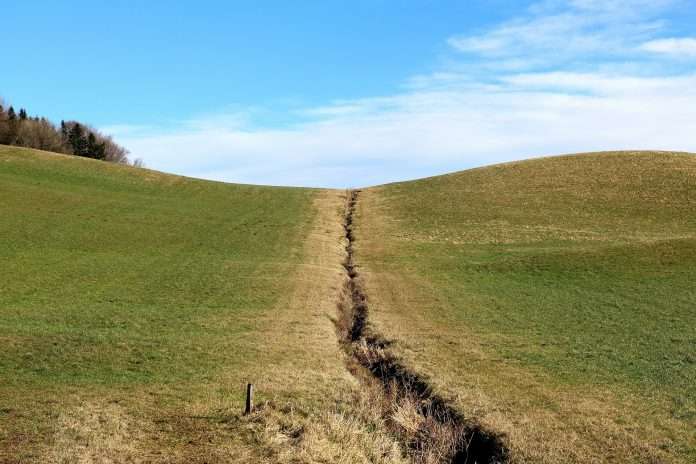 Over the last year and a half, I have written nearly 200 articles on various topics from a traditional Christian perspective. These have been published both on our website and on Medium platforms. Much of the work has revolved around defining and defending the viewpoints of a Biblical Christian worldview. The list below represents a brief compilation of those articles which were geared toward clarifying what a Biblical Christian is, and is not.

The most important article in the above list is “The ‘Main Thing’ for a Biblical Christian” because it offers a Statement of Faith that lists what I consider to be the 8 most important dogma for a Christian. Those points involve the inerrancy of the Bible, the supremacy of God, Jesus, and the Holy Spirit, the importance of the resurrection of Christ, the need for evangelism by the believer, and God’s offer of eternal salvation for the lost.

The question of what is missing from the 8 points summarized above, is the main topic of this post. The fact that there is a list, sadly speaks to the continuing divisiveness within our shrinking group of born-again believers. The following represents what I consider valuable topics for constructive theological discussion, but secondary to core systematic theology that should be unifying us as Biblical Christians. This is particularly true as we face an increasingly secular world. To be clear, these are not the issues those who oppose us dwell on, such as gay lifestyles, sin in the church, anti-vaxers, Trump lovers, world domination by Christians, etc. It is also not a list that includes the extreme fringes of evangelicals, such as no dancing, no movies, no music, no makeup, etc. The list below represents areas where traditional Biblical Christians differ, and, sadly, there are probably many more. In my view, our “family arguments” should not be divisive nor on public display. Denominationalism is not to be discounted as Paul said, using a broader context, “we need to be all things to all people in order to save some” (1 Cor. 9:32). However, when these denominational (or sub-denominational) differences further isolate believers into smaller and smaller tribes, it only hurts our unity, fellowship, and, testimony to a lost and dying world.

Many Christians believe that God used the process of evolution over billions of years to bring our world and mankind to its present state. They consider Genesis 1:1-31 to be an allegory or story, not to be taken at all literally. Many other Christians believe that Evolution and the Bible cannot be reconciled and, as such, they believe God created the world and mankind as fully formed, looking pretty much as we are today. Further complicating these views are Christians who believe that God created the universe in six literal 24-hour days, while others believe each “day” was actually a period of thousands of years, desiring to reconcile creation and evolution into a unified theology.

In the Old Testament and through the early formation of the church, the Bible records several gifts given to the apostles as they went out and spread the good news of Jesus Christ to all who would listen. Some of these gifts are accepted by all Christians as evident today in the life of believers. Most believe that when one is saved, they receive a specific gift from the Holy Spirit and that, in part, represents a component of the changed life of someone who was “lost” and now is “saved”. However, there is a group of gifts which are referred to as the “Sign Gifts” for which Christians differ on whether they remain available past the apostles (the book of Acts). Those gifts include speaking in tongues, miraculous healing, and casting out evil spirits.

Further, some Biblical Christians believe that there is a time when one has an emotional moment, typically in public, where the Holy Spirit enters their lives (“receiving the Spirit” or “slain in the Spirit”). This is considered a separate event from Salvation, and is the point when one receives their spiritual gift(s). Other Christians believe that the Holy Spirit indwells the believer at the moment of Salvation and they receive their gifts at that time.

Salvation – Predestination vs. Free Will

Some Biblical Christians believe that God, being all-knowing (omniscient) and all-powerful (omnipotent) knows who will come to Him and be saved. Those Christians believe one is “predestinated” to receive Christ, even though no human knows who the “elect” are. Others believe we are given the “free will” to decide if one wants to accept Christ as their personal Lord and Savior or not. Further, there is disagreement among Christians on whether a believer, once saved, can walk away from God and lose their salvation or not. One final complexity regarding salvation is the question of those who have not yet gained the capacity to understand and accept Christ. This would include babies, young children, and those without the mental capacity to understand the gift of Salvation. Some believe that since God knew in advance who would come to Him, those who were born into original sin (Adamic) do not need an opportunity to profess their faith. Others believe there is an “Age of Accountability” where those not yet able to understand the decision they have to make will not be held accountable for their own sin or Adam’s original sin until they reach this age.

Baptism follows a profession of faith in Jesus Christ as Lord and Savior. There are two basic kinds of baptism: sprinkling, and immersion. Some promote a ceremony where the believer is fully immersed in water as a symbol of the death, burial, and resurrection of Christ. Other denominations believe the early church used a tree branch dipped in water to “sprinkle” on the new believer.

There are likely more than a hundred Bible translations of the original Greek and Hebrew. However, for all practical purposes, there are 9 or fewer which are in regular use. A major part of the differences between translations has to do with a personal preference of whether the reader desires to use a “word-for-word” translation vs more of a “thought-for-thought” translation of the original languages. The controversy in translations comes from those Biblical Christians who see the King James Bible (and in some cases, the New King James) as the only acceptable version. Others believe that more contemporary versions are easier to understand and therefore are more receptive to their use.

Some denominations believe that the textural verses in the Bible which address women teaching men were not intended to be carried forward to today. Others believe God was making a broader point regarding His view of the “complementary” nature of men and women.

Some Biblical Christians see alcohol as a vice that should not be used under any circumstances. Others believe that moderation is acceptable and only drunkenness is to be avoided.

Again, the list above represents what I would respectfully consider important, but secondary Biblical Christian theology. I have intentionally glossed over the details of each as my objective was not to either define or defend one view over another. Unfortunately, many Christians hold systematic theology that includes some of these components, interlocking within their dogma, making it difficult to separate core from the less-essential. My dividing line is two-fold. First, what is clear from Scripture without the need to significantly reconcile competing verses. Second, what dogma is, and is not dependent on Salvation. The less-essential can be debated by believers for eternity in Heaven as we sit and worship the Father.

I have received a number of further comments on this article, some including good suggestions for additions and improvements. For example:

Hell Does Not Exist For Many

The 3-Step Deconstruction Process for Christians