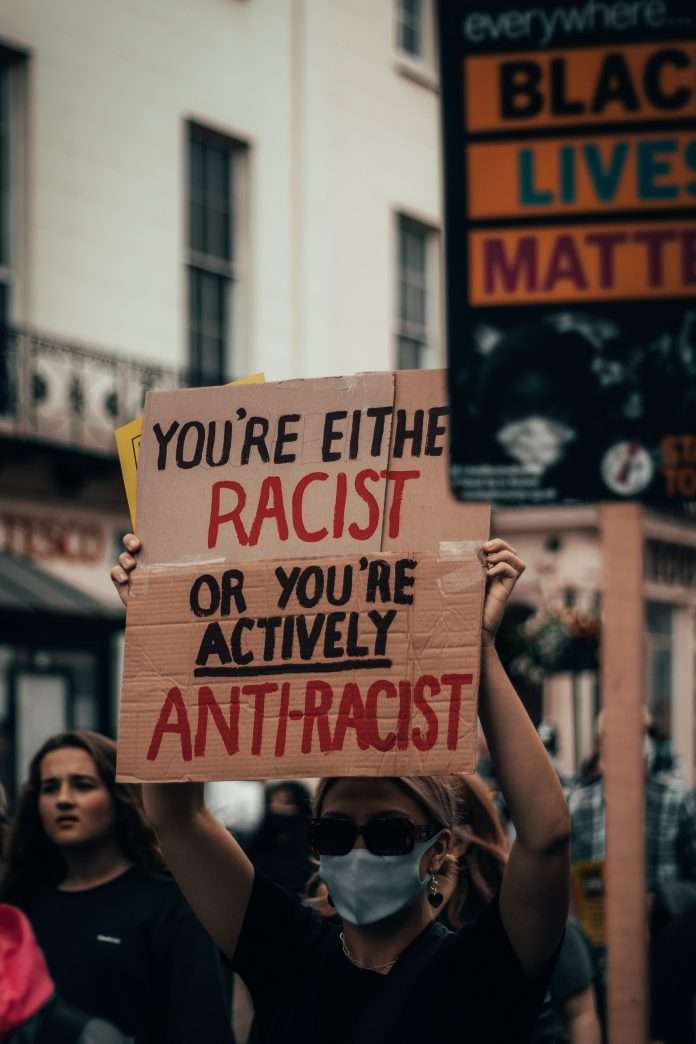 The best way to answer this question is to define the term. “Systemic Racism” has been used repeatedly in the media to mean whatever is convenient at the time. It has been applied to individuals, companies, policies, students, congress, small business owners, school board members, sports teams, the president, political parties, news commentators, etc.

Wikipedia defines Systemic Racism succinctly as, “a form of racism that is embedded through laws within society or an organization”. Breaking the term down even further,

When the term “Systemic Racist” is applied to an individual (the president, for example), rather than a society or organization and the laws it enacts, it is a misnomer. Individuals do not exhibit Systemic Racism; it is a societal sin. People who demonstrate a bias against a particular race are exhibiting the sin of racism, plain and simple. The media has seen an advantage in adding the word “systemic” to generalize a person’s racism as part of a larger movement, group, or society. They twist the words and the underlying meaning to gaslight Americans into believing that the behavior of one racist is indicative of a much larger, systemic, movement or group (ex. Political party). That is not the case and only serves to further drive us apart as a nation. Often, when the media uses the term in a broader context, it intends to paint America (typically white America) as promoting bigotry in unison.

To be clear, there is no question that America has racist individuals. However, our country is not a racist nation. It is sadly true that we have slavery in our roots. However, since that time, we have written “laws within [our] society” to stop those injustices. The most significant group of laws being the Civil Rights Act of 1964, which is regularly used to reverse the actions of a few.

America or Americans are Racist?

On April 28th of 2021, Tim Scott, in his rebuttal to President Biden’s speech, stated, “America is not a racist country.” He went on to say, “I have experienced the pain of discrimination.”  The point he was trying to make is that our country is not systemically racist, but there are individuals who remain racist. Scott ended this portion of his speech by saying, “We are not adversaries, we are family”, as a way of reminding Americans that we need to come together to fight racism, rather than continue to be polarized on the subject.

USA Today, as one of the many liberal new outlets challenging Tim Scott’s assessment, wrote an article the following day. They cited data indicating the disparity in healthcare, graduation rates, unemployment rates, median household incomes, and prison populations between blacks and other groups. Those statistics paint a picture of disparity in outcomes, especially between blacks and whites in what defines secular “success” in this country. However, we have addressed these issues in the past, with some programs unsuccessful (ex. bussing) and other initiatives very successful.

Economic Growth – A Way Out

Interestingly enough, the same liberal media outlet, USA Today, as recently as November of 2020, admitted that President Trump had reduced Black unemployment rates to historic levels, showed the largest Black income gains since before the Obama era, and increased Black entrepreneurship disproportionately faster than the prior two presidents. This, an amazing achievement for a single-term president, indicating the potential for change under the right conditions.

A View From Above

We, as a nation, need to continue to provide opportunities for those who are being unfairly treated, underserved, and in poverty. It needs to be done across all races and ethnicity. We need to stop seeing color as a criterion for judgment, in any form. God has made us equal in His eyes (Gal 3:28, Acts 10:34). He does not see race. We all came from the same mother (Gen 3:20). Further, His ways are not our ways (Isa 55:8) and our definition of “success” is not His (Phi 4:11). God takes a much longer view of mankind. He sees eternity, Heaven and Hell, rather than the secular successes counted in our bank accounts (Mat 6:19-21). For us to move forward as a nation, we need to see ourselves in the same light, the light of the gospel.

Thank God For Your Obedience