Does Freedom of Religion Outweigh Discrimination in the Marketplace 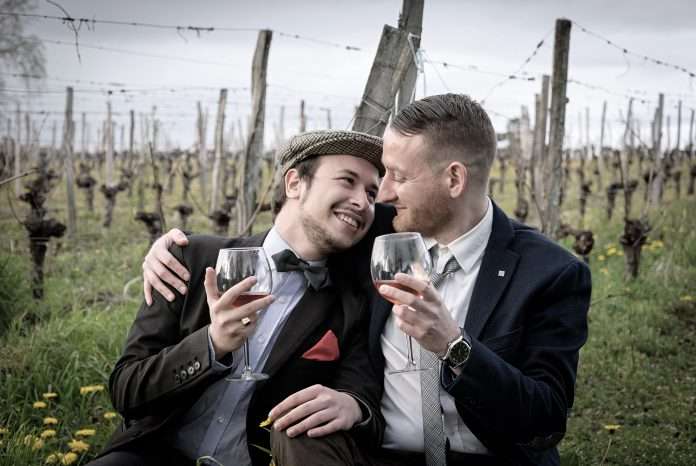 I have been sending out daily news articles on the intersection of Biblical Christianity and our secular society for a few weeks. They seem to have been well-received based on the number of reads, however, it has been somewhat amusing to note that there have been few claps on Medium.com, with one reader offering the comment on how hard it is to clap for something so sad and concerning. A comment from the “October 19th Post-Christian Headline” post came from an LGBTQ Christian theologian whose thoughts and opinions I highly respect. He raised a question regarding the article “Artist at center of Supreme Court fight” which was about a website designer refusing to provide her services for a same-sex couple that opposed Colorado state law. His question, of course, hinged on the rights of merchants, who hold themselves out to the general public being able to choose their customers based on religious beliefs. In my view, it boils down to the question of the rights of the individual vs. the rights of the public under the 1st Amendment to the Constitution. Does Freedom of Religion Outweigh Discrimination in the Marketplace.

“Congress shall make no law respecting an establishment of religion, or prohibiting the free exercise thereof, or abridging the freedom of speech, or of the press; or the right of the people peaceably to assemble, and to petition the government for a redress of grievances.”

When the court case for this website designer is heard, beginning in December, one of the issues on trial will be the 1st Amendment regarding the separation of church and state. The question is, what are the conditions under which the government can, and should, override personal religious convictions when operating in the public, free market?

An Example to Consider – A Church Service

In trying to decide where the line should be drawn between the seller and buyer of web design services, I would offer the following illustration.

How would one view, A Sunday morning church service?

They are open to the general public but clearly each denomination, and even each pastor, has a different theological worldview. They have the right to express themselves as they wish, so far, without government intervention (other than specific political recommendations). Should theology instead be sanitized under conditions where the general public can choose to attend, or not attend? My answer would be no. People have the right to express their views inside the church, which is an open venue. Some pastors may say from the pulpit that same-sex marriage is godly. Others may say it is a ticket to Hell. However, each has the right to state their opinion in a forum that offers open doors to the public. The free marketplace will determine who chooses to attend and make a donation and who will not.

One may counter this example by saying that words (a sermon) and deeds (refusing to design a website) are different. I would respond that the “service” being performed and funds being collected on Sunday morning is the same as the “service” being performed and funds being collected by a wedding photographer, a cake decorator, and a website designer. In free market exchange, there needs to be a dual, not singular, agreement between the parties to “do business”. Both the buyer of a service AND the seller of that service must be in agreement with the contractual obligation. One exception would be a monopoly (electric utilities for example), where there needs to be external protections for the buyer not to be unfairly excluded or harmed. In the cases above, there was no monopoly. There was a religious conviction on the part of the seller, and intentional legal pursuit on the part of the buyer, who could have gone elsewhere for the same service, but choose to force service, potentially using existing state law.

So, in a case like that, is the buyer emotionally harmed, and what about discrimination based on other criteria such as historical racial inequities?

Today, there is no justification for sex, age (other than safety), or race discrimination based on external, supernatural grounds. However, there are those who see God’s commands in a different light when it comes to homosexuality.

Do I agree with them, No. Do I think that their systematic theology is Biblically supportable in refusing one type of buyer (LGBTQ) over another? No. If they refuse to serve one type of sinner, then they should close their doors because every buyer they work with has a sin nature called out by God (Gal. 5:19-21 among others). However, do I think they have the right to make that decision for themselves and let the free market economy and God discipline their actions (1 Cor. 8:9-13), Yes.

Group vs. Individual Freedoms – The Courts

There are situations where individual freedoms conflict with group freedoms and we have to adjudicate the outcome. Do pro-life protestors have the right to protest in front of abortion clinics, even when it mentally harms the individual wishing to have an abortion? Are homeless tents ok on the street where individual shop owners are trying to attract customers into their bodegas? Is it acceptable to extract taxes from individuals so we can have a government established to protect the country? Are borders, intended to establish the country’s consensus on who has a legal right to enter, acceptable over the rights of persecuted and underprivileged immigrants attempting entry? The list is broad and wide on the conflict between individual and national freedoms and rights. Does Freedom of Religion Outweigh Discrimination in the Marketplace? The answers are not so easily apparent in a sin-cursed world. That is why we have courts to attempt to balance the needs of the individual and the rights of the many. It’s a poor, human system but, it’s the best we’ve got before Christ’s return.

Be A Light To The World