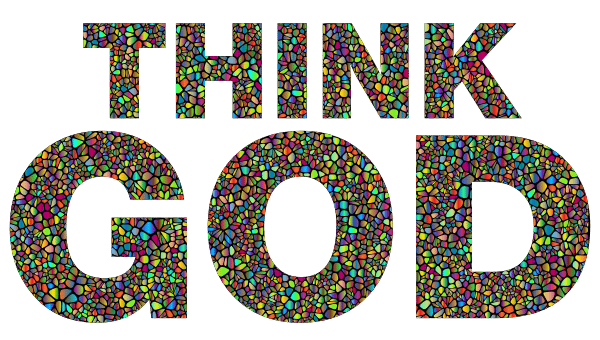 I received a great question from a reader using a number of Scripture verses to make the point that God is not omniscient. The suggestion was that God makes decisions and adjustments as events continue to unfold. Of course, this theological view holds great concern for those who believe the Bible is inerrant and has plotted the history of mankind from eternity past to eternity future, based on the wisdom of an all-knowing, all-powerful, sovereign God.

Listed below are some of the many passages which could be used as potential evidence of God’s limitations in this area.

Then they said, “Come, let us build ourselves a city and a tower with its top in the heavens, and let us make a name for ourselves, lest we be dispersed over the face of the whole earth.” And the LORD came down to see the city and the tower, which the children of man had built. – Genesis 11:4-5

Then the LORD said, “Because the outcry against Sodom and Gomorrah is great and their sin is very grave, I will go down to see whether they have done altogether according to the outcry that has come to me. And if not, I will know.” – Genesis 18:20-21

The LORD said to Satan, “From where have you come?” Satan answered the LORD and said, “From going to and fro on the earth, and from walking up and down on it.” – Job 1:7

These and many other verses offer supporting evidence that God not only lacks omniscience (as all-knowing) but also lacks omnipresence (being everywhere at the same time). Finally, with these two traits in jeopardy, the third trait of God, omnipotence (all-powerful), is brought into question as well.

The Bible offers many other opposing verses suggesting that God does, in fact, have these three traits. They include:

Is God Omniscient, Omnipotent, and Omnipresent, or not?

Traditional Biblical Christian theology is consistent in the belief that the Creator of the universe is all-knowing, all-powerful, and everywhere at the same time. So how does one reconcile the first set of verses above that suggest otherwise?

Put simply, the intent of the Bible is to be a manual for mankind. God often writes His illustrations in order to teach man something. So, it’s not that God does not already know the outcome. He is just using the situation to make a greater point. Take, for example, Jesus telling Peter in advance that Peter would deny him three times before the rooster crowed. Peter was adamant that that would not be the case, but Peter, and all who have read the story thereafter, learned a lesson from that event (John 13:38).

Specific to the verses at the top of this article, God knew exactly where Adam and Eve were “hiding” in the garden. It was His way of pressing on Adam the shame and guilt they now faced after eating the forbidden fruit.

As to why God “needed to see” the building of the Tower of Babble or the sin of Sodom and Gomorrah before enacting His vengeance, was not to confirm something He did not already know. It was to teach mankind that He is active and not passive in perfecting His will. It was further intended to show man that we also need to take responsibility for our actions rather than passively allow events to take place that are within our control.

Finally, when God seems to be seeking information from man (Balaam) or Satan, these questions fall at the beginning of a new encounter. They were a way of engaging in conversation, not looking for data.

For God to be God and for man to accept Him as our Lord and, through Christ, our Savior, we need to be assured that He has the power, understanding, and authority to make the claims He does. The greatest of those claims is that Christ died on the cross for the sins of all those who trust Him. And, that He is coming again for His children. The Lord has written the Bible as a history lesson, a manual for our life on this earth, and a basis for our eternal faith. To believe the Bible is perfect in its original autographs necessitates faith in the Writer’s omniscience, omnipotence, and omnipresence.

“Who tracked mud onto the kitchen floor?”

[despite the fact that we know full well that the child failed to leave their muddy shoes at the back door.]

“What is the rule about using our inside voices when we visit people’s homes?”

[We know the rule but we ask the question to make a point, not to add to our knowledge.]

“Why do we brush our teeth after each meal?”

In Scripture, God often has to deal with us humans as the misbehaving and clueless children we are.

Suffering According to Christians