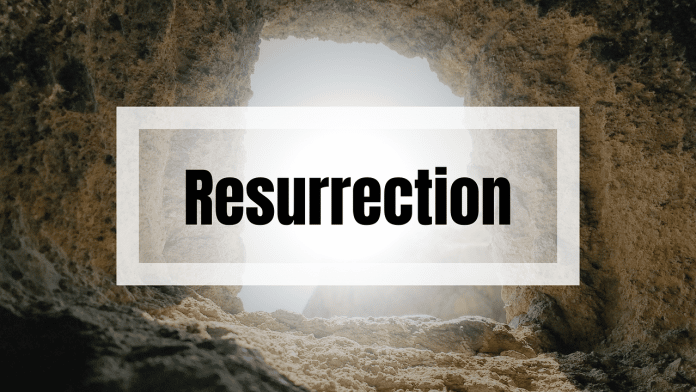 Our verse for today comes from John 20:15, “Jesus said to her, ‘Woman, why are you weeping? Whom are you seeking?’ She, supposing Him to be the gardener, said to Him, ‘Sir, if You have carried Him away, tell me where You have laid Him, and I will take Him away.’”

Within the past year or so, a family living about a mile from my house had a funeral service at their home. Whenever we would drive by during the days surrounding the service, we would see the signs along the road placed by the funeral home cautioning drivers to be careful as they passed by, as well as additional cars in the driveway as visitors called on the grieving family. Eventually, the signs were taken down and the visitors moved on. But one thing did remain that I did not expect – the dead body. It turns out that the family buried their loved one in the front yard. So when I drive by now, I see the white lattice and the flowers by the site where the body was laid to rest. I guess I shouldn’t be so surprised by the actions of this family, though. They live outside the city and have no neighbors right next to them. And families were taking care of their deceased long before funeral homes charged thousands of dollars to do it for them. But what was Mary going to do with the dead body of Jesus? We know she came that Sunday morning with more spices to anoint it, but then what? If this so-called gardener had taken her to where he had placed Jesus, how was she going to move Him? And to where? And why?

Clearly, she wasn’t thinking straight as she tried to deal with the shock of an empty tomb and a missing Jesus. Because then, as now, there were not too many options for dealing with a dead body. Especially a dead Jesus. But today, there are too many people talking to gardeners and walking around like Jesus still belongs in a grave. Our faith is crippled by grief or regret and we can’t hear the voice of Jesus speaking. Or temptation comes along and we neglect the power that rolled away the stone. And just that quickly, we are seeking the wrong thing.

Your heart will reveal where you truly believe Jesus is, whether on His throne or carried away and laid somewhere. If you’re seeking Him, where do you expect to find Him?

As we seek Him today, expect to find Jesus. Don’t go through your day as if you’re on a scavenger hunt for the Savior.

“Homosexuality” – Inserted in the Bible in 1946