Eternity Lives Within You 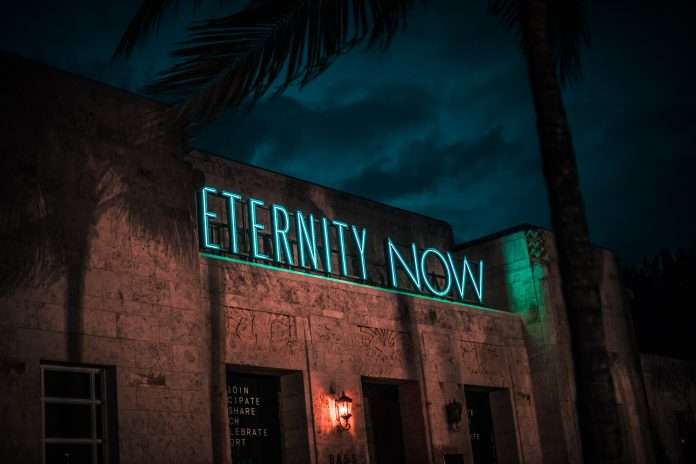 Our verse for today comes from John 17:3, “And this is eternal life, that they know You, the only true God, and Jesus Christ whom You have sent.”

You are well aware that Rome was the governing body during the time of Jesus. Recall the audacious decree of Caesar Augustus in Luke 2 that “all the world” should be registered. Accompanying this sense of limitless power and influence among her people was the idea that Rome would never fall. Tibullus and Ovid, poets of the generation before the birth of Christ, both referred to Rome as the eternal city. And since it had existed for well over 700 years, it’s not surprising that people believed, whether in theory or as a matter of fact, that Rome would always be. So perhaps it is with this backdrop of Roman influence and dominion that John is writing, when he records several times throughout his gospel that Jesus is the way to eternal life. And perhaps it is the intent of Jesus to elucidate the true meaning of eternal for His followers, who knew of no other influence over their lives than the hand of Rome. But in doing so, Jesus does not stretch their minds another way or reshape their way of thinking about time and space. He is not primarily concerned about eternal as it relates to the lack of a beginning or an ending.

Rather, He makes it clear that eternal life, as designed by the Creator Himself, is comprised of much more than the void of time. Eternal life encompasses the fullness of knowing God and His Son, Jesus. True, God’s great gift to us does include a never-ending existence with Him apart from any presence of sin. But what the gift is is the reality of knowing the infinite God of the universe, and the Son who gave His life to make it possible. When you know them, even as the Holy Spirit lives and works within your heart, then you have eternal life. And 700 years becomes a blink, and oppression from outsiders is just a hiccup before glorification. When you know the only true God, and Jesus Christ whom He sent, you know eternal life. And so, your life can never be the same again. And you don’t want it to be.

As we seek Him today, think about eternity as it lives within you, rather than as it exists somewhere off in the future.

Ask God to Bear Fruit in Us