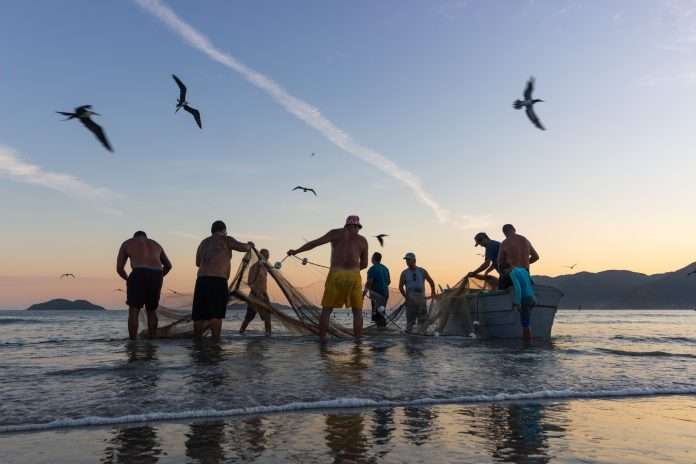 Our verse for today comes from Mark 1:17, ” Then Jesus said to them, ‘Follow Me, and I will make you become fishers of men.’ “

We did a fair amount of fishing when I was a kid. My dad liked to take us boys to a local pond or lake on Saturdays and fish for bass and bream. Because we ate nearly everything we caught, there was rarely a fish too small for us to keep. Several times we nearly filled the cooler with well over 100 fish. But those experiences did not lead me to grow up to be a fisherman. In fact, in spite of the warm memories I have of those times, I am sorry to say that I have taken my children fishing exactly once. Jesus, too, was not a fisherman. I’m not sure if He ever officially caught one fish. But He certainly knew a little something about fishing. He was able to instruct Peter and the others on what to do differently so as to fill their boats with fish when they had caught nothing. However, His primary intent was to make fishers of men. Now this phrase was probably a new one to His listeners’ ears. That may be why they initially got up and followed Jesus, just to see what He meant by fishing for men. But somewhere along the way, they stopped wondering and started fishing. They eventually got past the fact that fishing for men doesn’t pay like selling fish at the market does. It doesn’t necessarily pay the bills or allow you to save up for retirement. But it does mean that you are following Jesus.

As we seek Him today, let today’s verse transform your plans and intentions. Think about following Him, and where fishing for men is on your priority list.