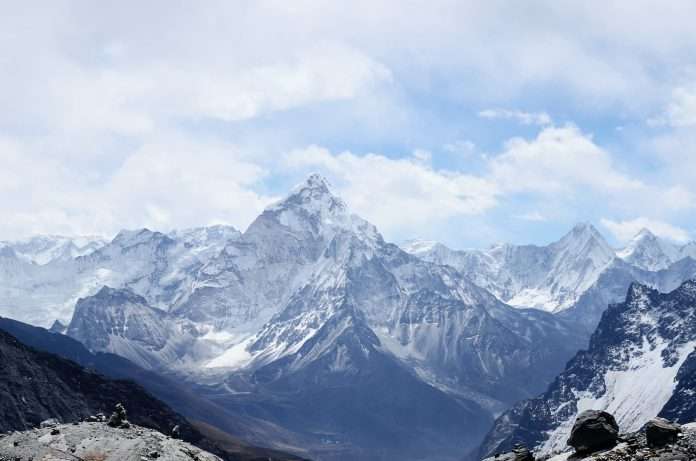 The hymn, “Go Tell it On the Mountain” has had a past of oral tradition. The chorus has remained consistent throughout its history. However, the verses have changed over time. The hymn began as an African American spiritual dating back to at least 1865, and has been sung by many gospel and secular performers. It is considered a Christmas carol because of its reference to events surrounding the birth of Christ.

In October of 1871, the Fisk Jubilee Singers, founded as a 10-member touring ensemble, were credited with being the first to make the song known internationally. It was then published in Religious Folk Songs in 1909, with the heading “Christmas Plantation Song”.  John Wesley Work Jr. made the song even more broadly popular with the stanzas taken directly from Luke 2:8-20, the Christmas story.

Oldest Verses – Note that in these original verses from the plantation spiritual song, the focus was on seeking the Savior, Jesus Christ with humility.

More Recent Verses – Keeping the same chorus, the verses below show a subtle transition from humbly seeking the Savior (underlined above), Jesus Christ, to a focus on the actual event of the birth of Christ (below, left verses).

Current Verses – Marked by an * above are the contemporary verses we may be most familiar with. Note (highlighted in yellow) the difference between the second to last stanza of our current version – where Christ was the humble baby in a lowly manger, to the original lyrics where the last verse ends with humanity as “least of all”. Also note that the stanza regarding our responsibility as “shepherds” and “praying” are no longer in common use.

It is interesting to note the verse changes over time, starting from a reference to the author humbly seeking the Lord, and God leading the way to Salvation to what we now sing, which has as its focus a “lowly manger” and a “humble Christ”. From its inception, “Go Tell It On The Mountain” has always been a Christmas song. However, the message of an adult Jesus ‘showing the way’ along with our own responsibilities as shepherds and the need for prayer have been replaced by the message of the baby in the manger.

How Do We Pray About Persecution?