God Has Everything Under His Control 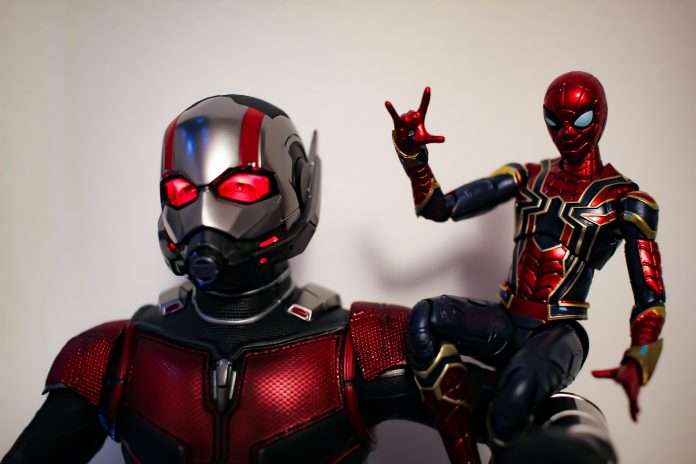 Our verse for today comes from Acts 13:33, “You are My Son, today I have begotten You.”

If you are familiar with the Marvel super hero movies, then you know of Ant-Man.  He wears a suit that allows him to shrink to miniscule size and has super human strength.  He joins up with the Avengers and eventually becomes capable of being sub-atomic in size and also twenty stories tall.  But what doesn’t happen to him when he goes tiny is the loss of anything else except his size.  In fact, while he’s Ant-Man, he’s still able to fully interact with the rest of the team through his built-in, shrinkable headset communication.  Regardless of whether it’s time travel, space travel, or inter-cellular travel, he’s still good ole Scott Lang inside the Ant-Man suit.

We get formally introduced to Jesus when He is born as a babe to Joseph and Mary in Bethlehem.  After that, we don’t hear too much about Him until He goes out to see His cousin John and get baptized.  But as we continue to read all of scripture, we learn of His presence back at the creation of the world, this time residing alongside God Almighty, wherever that might be.  He is not a babe, but is part of the “Us” who creates mankind in Their own image.  Further reading reveals that Jesus was around long before creation, so much so that there has never been a time when He didn’t exist.

But as to His life as the son of Joseph and Mary, that did have an end.  After several hours on the cross, He was dead, as dead as anyone who has ever died before or since.  But then, on the next Sunday morning, He came back alive.  But not as a babe, and not as the son of Joseph and Mary.  Now, He was the begotten Son of God.  No one else could exist from eternity past, be born of a human mother as an infant, die as a man on a cross, and rise again to ascend into glory.  He didn’t just shrink down to a molecule or sprout to a giant.  He grew inside Mary’s womb, cooed when Mary tickled Him and cried when He needed rocking.  He ate meals with His friends and bled when nailed with spikes.  He stopped breathing when His spirit left His body, and God and Son were separated by yours and my sin.  And now He’s not just larger than life, He’s King of eternity.  Today He has something for you.  It’s part of a storied history, and it’s intended to be just what you need.

As we seek Him today, accept that God has everything under His control, and thank Him for whatever comes, whether small or tall.