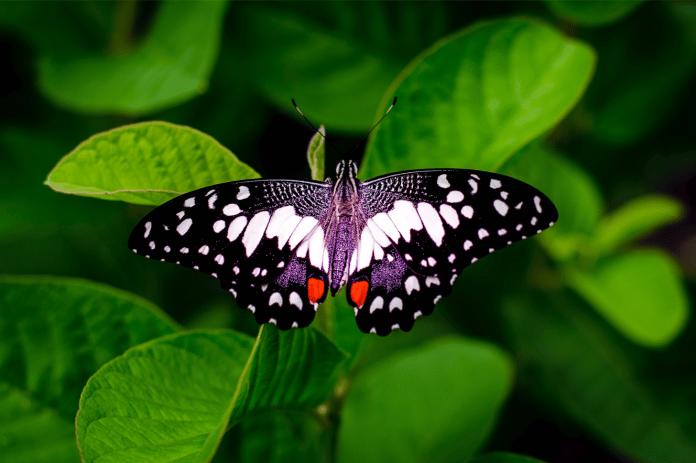 The Apostle Paul tells us in Romans 1:20 that God shows Himself through nature and there is, therefore, no excuse for being unaware of Him. In other words, no one can honestly say “I didn’t know.”

Romans 1:20 For since the creation of the world, His invisible attributes, His eternal power, and divine nature, have been clearly seen, being understood through what has been made, so that they are without excuse.

Just to prove Paul’s point, here are just a few illustrations in His creation that display His attributes, nature, and power.

The huge array of animals, plants, flowers, and people show His creativity.

The mighty rivers and powerful waterfalls show us His strength.

The mountains extol His majesty.

The detailed design of every living creature shows He is interested in the details of our lives.

Trees growing out of sheer rock cliffs show us that anything is possible with Him.

Nature coming back to life after destructive fires and floods show His redemptive work.

Seasons show us His orderliness and perfect timing.

Heaven & earth, not illustrated in nature

The caterpillar goes through 4 stages of life.

The first stage is the egg. They are deposited on leaves and small plant shoots.

In the second stage caterpillars hatch. They have several pairs of true legs but some will be false legs called prolegs. Just bumps really. They can now crawl around eating plants and leaves.

The third stage is the pupa (pew pa). Caterpillars find a twig and hanging from it they make a sack that totally encases themselves. Inside this sack, the caterpillar’s body breaks down, rearranges itself, and grows a new body, legs, and wings.

The final stage is the little sack splits open, and the butterfly emerges.

There are other animals that go through a metamorphous, such as termites, grasshoppers, spiders, frogs, and flounders. But none of them are quite so radical as the caterpillars’ metamorphosis. As a matter of fact there is a special name given to these other guy’s transitions. It’s called, “incomplete metamorphosis.” In other words, they change a bit but don’t do a radical physical change. The butterfly, and its not so elegantly arrayed cousin, the moth, are the only one of God’s creations that go through such a complete and extreme metamorphosis.

Comparing the caterpillar to the butterfly, the caterpillar is a lowly squishy somewhat unattractive earthbound worm-like life forced to slowly walk on those little bumps that serve as legs whereas the butterfly has beautiful wings that seem to effortlessly flutter in the wind. They are light and free to fly from place to place. Everyone wants to see a butterfly.

On the top floor of the natural history museum in downtown Raleigh, NC there is a lepidopterarium, otherwise known as a butterfly house. It’s right next to the snack bar. Now, who would want to eat lunch next to a room full of caterpillars? But a room full of butterflies, now that’s popular.

Why would God spend so much time and effort to create a living creature with such beauty, diversity of wing designs, and such a metamorphous and then limit it to just one specie?

When God does things out of the ordinary He is usually sending us a message. That’s the whole basis for Jesus’ miracles. He was sending the message that He is the Son of God.

What message may God be sending us with this miracle of the lowly caterpillar metamorphosing into a beautiful butterfly? Maybe it’s the comparison between this life on earth and our future heavenly life and the transition between the two.

In the illustration, the butterfly no doubt represents our life in heaven leaving the lowly caterpillar to represent our life on earth and the little sack where the transformation occurs being what we call the grave.

In the comparison of our life on earth to a caterpillar, as a caterpillar moves about on their fake and real legs, we ramble around on our two legs. As we age we usually can’t even do that. The riddle of the Sphinx is all about this when it asks “what has four legs in the morning, two at noon, and three in the evening?” The answer is man as we age from a crawling baby to walking huddled over a cane.

This leaves the butterfly to represent our life in heaven. The butterfly is free to flit around alighting where it desires as it goes along. It’s beautiful. Like the caterpillar that has no concept of the better life that awaits him outside their little cocoon, we don’t truly know what awaits us in heaven? Imagine their surprise when they wake up from their metamorphosis! Imagine our surprise when we are resurrected.

And the cocoon? For us, that cocoon is what we call the grave. Like the caterpillar’s cocoon, it’s just temporary. Do you suppose the caterpillar is afraid of going into that cocoon? Probably not, or else they wouldn’t do it. After all, no one forces them into it. By God’s illustration, if the cocoon represents burial, then we shouldn’t be afraid of death either. It’s just a temporary stage as we morph from earthly beings into spiritual beings, or butterflies as it were. Those who do not believe, call it the end. Those who do believe, call it a transition. Those in heaven, call it the beginning.

No fear of death

What can we learn from this? If the life of the butterfly is God illustrating to us the transition and stark differences between heaven and earth then we can see life, death, and rebirth as beautiful things. While we can, have, and should enjoy the life God gave us here on earth we need to remember it’s just a temporary situation, much like the caterpillar. And like the caterpillar, who can’t imagine being a butterfly, we have no real idea of what heaven will be like. There is something much more beautiful on the other side of this life waiting for us. Look forward to it. Relish it. Have no fear.

Unfortunately, this concept will trigger the non-believer into fear and trembling, as it should. Maybe to the point of them deciding to believe in Jesus Christ when they learn you have nothing to fear about the thing that scares them the most…death.

Paul asks the believer in 1 Corinthians 15:55 “O death, where is thy sting? O grave, where is thy victory?” The cocoon is not the end but just the transition. Someday we Christians will be spiritual butterflies.

To comment or listen please go to this article on Medium.