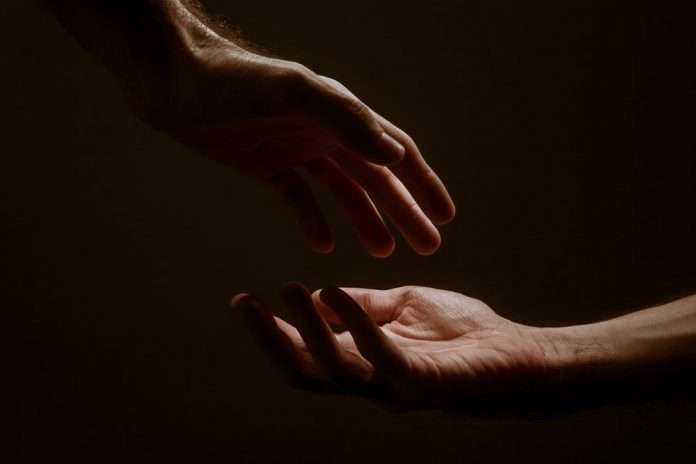 I cannot boast about any of it

I grew up in a functionally non-Christian home. My mother was an agnostic, my father (I now know) had experienced a relationship with Jesus, but the church his family attended had deeply wounded him somehow and he never could get past that. Growing up in the very secular community of Fairbanks, Alaska, I remember we would go to church occasionally. Mom would always sleep in, but Dad would take me sometimes. It was always a different church every time and he’d always take me to lunch afterward and ask me what I thought. I think I liked the music. I don’t remember being excited to go back.

Dad died when I was in junior high, and going to church never entered my mind. I wasn’t angry with God. I just didn’t think about God. Well, maybe at Christmas and Easter because the whole world seemed to being talking about God then. I kind of had an image of God as a cosmic Santa who would give you what you wanted so long as you were on the nice list.

Alaska was a growing state the year I entered high school and the State of Alaska hired teenagers to help with clearing airfield sites around the state. They’d equip us with chainsaws, axes, and machetes and drop us off at remote sites with minimal adult supervision. Occasionally a plane would fly in with supplies or a few of us would be relocated to another site. On our way from one runway to one that hadn’t been built yet, the pilot explained he needed to check on a trapper/miner who’d not called in recently and so we set down on a river in the middle of nowhere. The miner (it was summer, so he was mining) was fine. His radio broke. He invited us to lunch and while he was frying up grilled cheese sandwiches on homemade bread, the sun got lost in the clouds and the sky began to pour. A crack-up lightning storm made it dangerous to fly and then fog followed. We spent the next two days watching water drip off the roof.

The two girls who were on the trip were — how to put this kindly? — not bright. The pilot decided to sleep, maybe so he couldn’t hear them chatter about clothes and boys. The miner had work to do. All this culminated in me being bored out of my mind, so I asked the miner if there was anything to read. He was originally from Germany, so most of his books were in German and the rest were Zane Grey novels. The only non-western he had in English was The God Who Is There by Francis Schaeffer. I knew nothing about the author and my knowledge of the Bible was limited to the 23rd Psalm and maybe a vague memory of Genesis 1:1–3, but I was so bored it didn’t matter. I read the book in two days. Christian philosophy is heady stuff for a 14-year-old girl, but my parents encouraged me to read “children’s” books, so I mostly understood the vocabulary if some of the concepts were out of my reach.

The fog and rain broke and I returned to my life — now with the book equivalent of an earworm floating around in my consciousness. I started encountering things that made me relate to Schaffer’s premises. While I was gone to the wilderness for the summer, my best friend had gone to a Christian camp and come back a believer. Other friends had suddenly decided to become serious about their faith. It seemed like Christians were popping out of the woodwork and they all wanted to talk with me about what they believed.

I wasn’t sure I wanted to talk with them.

To answer my own questions, I attended church with Kathy a few times, but I wasn’t convinced. So much of it just didn’t make sense. I wanted to live the way I wanted to live. I resisted the concept of making someone my “lord”. I kind of thought of God as a cosmic human. I had all sorts of reasons to deny God, but I couldn’t get those questions out of my mind and that struggle went on for over a year.

A friend committed suicide (or he overdosed, we were never sure). Steve had been one of those Christian kids once — the son of a pastor — and something had happened along the way, before I knew him. He became a drug user, probably an addict, and he drifted away from his faith. His death shook up a lot of people. I began to notice that people had different ways of handling their grief. His non-Christian friends were freaking out. They’d never experienced death of someone their own age before and it rattled their universe. His Christian friends, including his older brother (who I only knew by the name Tiger) seemed confident they’d see Steve again in the afterlife they all believed in. They missed him just as much as the rest of us, but they had different answers to the same questions of “Why?” and “What next?” This caused me to ask some questions about myself.

What would happen to me if I died tonight?

When you’re young and someone your age dies, it’s normal to question yourself and your future…including your eternal future. I wasn’t undergoing anything that others have not gone through. The only difference between me and Steve’s other non-believing friends was that I’d had an encounter with a rational discourse on Christianity. I count that rainy day as when God kindled my dead soul to life, but it took months to get to where I was ready to acknowledge Jesus as Savior and Lord.

Argument in the night

On a Friday night a couple of weeks after Steve’s death, I attended a revival service at Kathy’s church and the preacher asked the question — “If you were run over by a bus on your way home tonight, where would your spirit end up?”

I was already thinking about that question, though maybe not with understandable words. I went home and sat on my bed and dared to have a conversation with God as I understood Him at that moment.

Today, I kind of laugh at how ignorant I was back then.

I was a 16-year-old girl with no Bible knowledge and minimal church background. It wasn’t a churchy kind of prayer. It was simply a conversation — sometimes angry, sometimes tearful, sometimes cold as ice — between me and this cosmic being I had met, but didn’t yet know or trust. My father’s Bible sat on a shelf in my mother’s house and since I didn’t have one of my own, I took it with me that night and essentially treated it like a Ouija board. I don’t recommend it as a method of Bible study, but it sort of worked that night. I’d ask my question, I’d open the book and within a few paragraphs, I’d find my answer — kind of. Then Dad’s margin note for the Gospel of John, Chapter 1, caught my eye.

Did Dad know I’d look in his Bible for answers? Who knows? I kind of think, having read his other margin notes, that he was leaving reminders for himself and I just happened to benefit from that. I stopped asking questions and just read the word. And sometime around dawn, I opened my heart to Jesus. I didn’t really have all my answers yet, but I knew enough to believe that I would know more if I let Him show me what I needed to know.

I can’t boast for anything. God sought me; I wasn’t seeking Him. That trapper had spent part of the previous winter visiting his sister in Germany and had visited L’Abri — Schaeffer’s home and spiritual retreat center in Switzerland. He’d bought the book in English only because there were none available in German and since he had some 30 Zane Grey novels on his shelf, he could read English. God worked a moment of time around to my benefit and that made all the difference.

Lela Markham is an Alaska-based novelist and commentator who sometimes likes to discuss her faith in Jesus Christ.

Share
Facebook
Twitter
Pinterest
WhatsApp
Previous article
Where is God Not Concerned
Next article
“The Bible was not given to us to increase our knowledge, but to change our lives.”
RELATED ARTICLES
Spiritual Growth