Here’s My Answer To The People Who Are Saying: God Does Not Exist Because of Evil 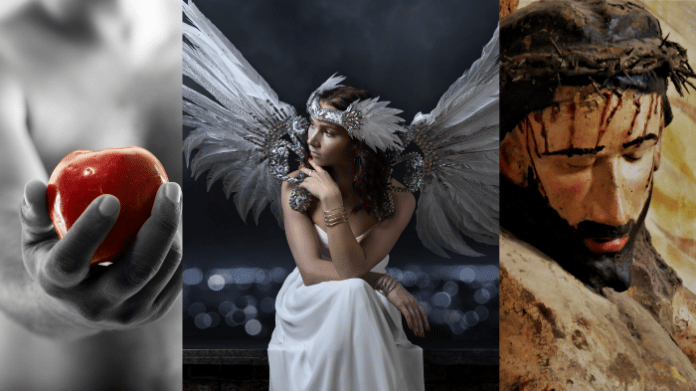 God And Evil: The Problem Is Way Deeper Than You Might Think.

For a long time, atheists tried to disprove God’s existence, by showing that God cannot possibly exist, because there is evil in this world, these people probably have never read their Bibles.

According to the Bible, the world was created in a perfect manner, and it was corrupted by evil. This means that the physical world was destroyed by this evil force, which is sin.

The Bible tells us when Adam and Eve sinned, sin entered into this world, that’s why we have such things as cancer, etc…

The Old and New Testaments tell the story of a creation that was ordered to be made perfect, but it was made flawed by Adam and Eve. In order to save the broken people, God sent His Son to die for their sins, so that our relationship with our Creator would be restored.

You see, rust is a bad thing if it develops on your car, however, when God created this world it was perfect, when man sinned, evil, sin, suffering entered into this world, this was not God’s plan, rather because people had a choice of free will, they disobeyed their Creator.

When God created this world, he gave his people a free will, where they can choose to do right or wrong, God did not want robots, that can do nothing but to obey, because they don’t have a choice, rather, he wanted people who can love him based on a free will.

The story doesn’t end here, God said that He will bring justice one day upon this world, and he will judge every man according to his/her works, the Bible ends with a happy ending for those who are Christians.

Share
Facebook
Twitter
Pinterest
WhatsApp
Previous article“It is not wrong to have such an intimate relationship with God that you even pray for a parking spot.”
Next articleShaping — Becoming All That You Were Meant To Be
RELATED ARTICLES
Spiritual Growth

Predestination is not an Excuse

Free Will vs. Predestination – It Doesn’t Matter

Predestination is not an Excuse

Eternity Lives Within You

Wash Away Your Sin

See Your Work Through to the End

Defending the Bible from “Christians”