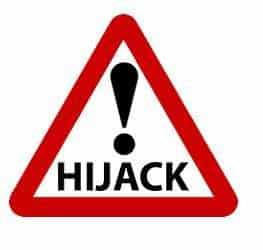 An LGBTQ author I have a great deal of respect for recently wrote a post on Medium that contrasted Gay Christians vs. Evangelical Warriors (which was the title if you wish to find it). In that post, he offered his perspective that Evangelicals have lately become more militant. Further, he merged terms like “white Christian nationalists” and “Republicans” into the mix, all under the banner of “Evangelicals”.

This author offered the opinion that the book/church Bible study, “Wild at Heart” by John Eldredge from back in 2001, had a strong negative impact on Christian men, making them more like Christian warriors, defending the faith. On the surface, this would seem benign and one person’s opinion on whether men should be masculine protectors of faith and family. Further, one book, that was a flash in the pan for most Christians, certainly did not change the course of Christian manhood in my view. However, the post did present what is becoming a universal, biased view of the term “Evangelical”, the subject about which I am now writing.

Let me begin with the secular-based definition of “Evangelical”.

Webster – Evangelical – “of, relating to, or being in agreement with the Christian gospel especially as it is presented in the four Gospels… emphasizing salvation by faith in the atoning death of Jesus Christ through personal conversion, the authority of Scripture, and the importance of preaching as contrasted with ritual”

I frequently use Webster for Christian definitions because it is often amazingly theologically accurate, credible, and not twisted by those who wish to be creative in the definitions of words for their own bias. It refers to the Biblical calling of sharing the gospel message, “salvation by faith”. Another, more theologically expanded source for the definition of “Evangelical” comes from the “National Association of Evangelicals” which offers a Statement of Faith, a more detailed, traditional, and theologically sound expansion of Webster’s version.

Many in the secular media and those in opposition to Christianity are hijacking the word “Evangelical”, applying a wide brush, well beyond its true meaning, and then slamming all who fall within its expanded boundaries as appalling. Further, words like “white”, “Republican”, “Christian nationalism”, and even “racist”, can often be seen tagged onto the term, with the objective of gaslighting readers. There is this perception that Evangelical Christians are drifting into more and more of a militant attitude, forcing the adoption of their beliefs as moral decay continues in this country.

I would suggest instead that Biblical Christians are standing still and the rest of America is what is in motion.

Over the last three decades, we have watched Biblical sins become morally rationalized. Again, I believe we are standing in place based on a God (Christ) who is the same yesterday, today, and forever (Heb. 13:8). Mankind, sadly including many Christians, has moved from that position, drawn by the acceptability of these behaviors by a changing culture. I offered a list of some of those changes in a recent post.

Finally, I would suggest that homosexuality, like pride, jealousy, theft, slander, foolishness, etc., etc. (Mark 7:21-23) were sins 30 years ago and remain sins today. Just because certain Christians continue to ignore the plank in their own eye vs. the sin of homosexuality et al., representing the speck in another’s eye, does not give one license to group these unloving attitudes under the term “Evangelical”. Add to that intended divisive words like “white nationalist” or assuming all Evangelicals are Republicans (I am not). There are millions of people who fall within the classic Webster definition of “Evangelical”. Many are not white, not “militant”, and not “Republican”, but do care about the deteriorating direction this country is headed in. Further, they (we) sincerely love the sinner but, reactively more than proactively, are unwilling to ignore the sin. We recognize we are sinners as well and seek to actively save the lost as God’s calling in our lives. These true “Evangelicals”, are in line with the term’s traditional definition.

The irony is that fear of verbal persecution these days often prevents MANY who might call themselves evangelical, from actually being evangelical (James 2:26).

Saved, born-again Christians have accepted Christ as our Lord and Savior. Sure, we disagree on some Biblical interpretations. I am convinced that there are parts of my theology that are dead wrong and look forward to finding out which ones… open to consideration on this earth, but looking forward to what a perfect, all-knowing God will clarify in Heaven.  In the end, while we remain on this earth, while our citizenship is in Heaven, every one of us remains sinners, saved and being saved by grace (Phil. 2:12-13).

Based on the Statement of Faith of the National Association of Evangelicals, the term “Evangelical” is the definition of one who has a Biblical Christian worldview. However, I use the latter terminology because so much other baggage has been placed on the word “Evangelical” that it no longer has any true or consistent meaning in our culture.

The word has been hijacked because no one has come up with a better term for those who incorrectly merge the sinner with the sin, ignoring the true meaning of Luke 10:27 in the process.

The Underlying Cause Of Polarization