How Atheism Fits into Religion: The Modern Perspective. 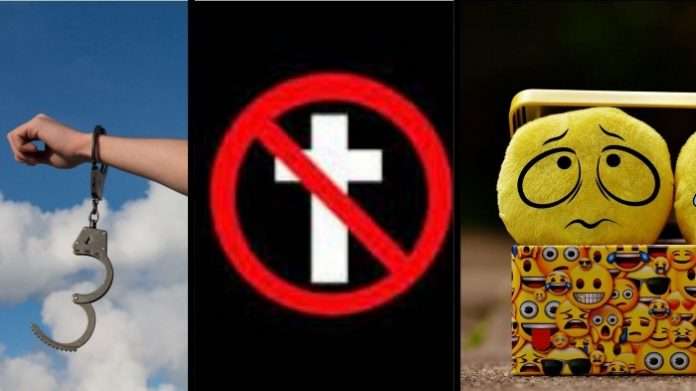 Does Atheism Have a Place in Religion?

Atheism is often seen as a group of people who don’t believe in God. However, in this blog post, we will be discussing how atheism fits into religion.

As the world starts to become more secular, there are many people who are starting to question what they believe in.

This is not just limited to religious beliefs, but also beliefs that are related to values and principles.

It is possible that the word ‘atheist’ contains preconceived notions about what it means to be an atheist.

But like any other person, atheists can be mannered or rude, hardworking or lazy; they can have any set of morals or beliefs; They might not know what they want out of life or even if they want anything at all.

Atheists could be your neighbors, your friends, your teachers — they’re everywhere!

What does it mean for someone to be an atheist? What do atheists believe in? Is atheism really compatible with religion? And why should you care?

What Does Atheism Mean?

The word ‘atheism’ can be defined as the lack of belief in the existence of any deity.

It is possible for atheists to believe in other things, like science or nature.

It is important to note that being an atheist doesn’t mean one has to have lack of morals or beliefs — some might find themselves without religion but still have morals and beliefs.

Some atheists even find themselves embracing different religions all at once. For example, an atheist might be Buddhist-Hindu — they are not limited to religions.

From my own experience, some people don’t even know they are atheists until you ask them questions such as, do you believe in God?

For instance, Buddhism does not require the belief in a god or gods, which would make it compatible with atheism.

Atheism fits in a unique category of being a worldwide religion.

Atheism As a Belief System

As mentioned earlier, atheism is often seen as a group of people who don’t believe in any religion, God. However, it can be much more complicated than that.

Atheists do have a set of morals, beliefs, and faith.

Nevertheless, atheists can be moral beings, but that’s because there is a God, who is the source of morality, you don’t need to believe in God to be moral.

In atheism, it’s your opinion against Hitler’s opinion, there is no objective ground by which society can be judged by, some atheists even embrace things like rape as a good thing, it’s the survival of the fittest anyway…

You see, Christians have faith and believe in God, the same way an atheist does not believe in God, both worldviews rely on faith, you cannot prove that God exists physically.

Because the existence of God is not a scientific question, it’s a philosophical question, you can’t prove that God exists using scientific method, because God is outside of time, matter, and space.

And hence, both the atheist, and the Christian rely on faith.

One of the most common misconceptions about atheism is that it is not a religion. It truly is.

Atheism is an absence of belief in any type of deity or higher power, and it can be practiced by anyone, by putting your faith within this ideology.

The very definition of a religion is:

God Is Already In Your Day