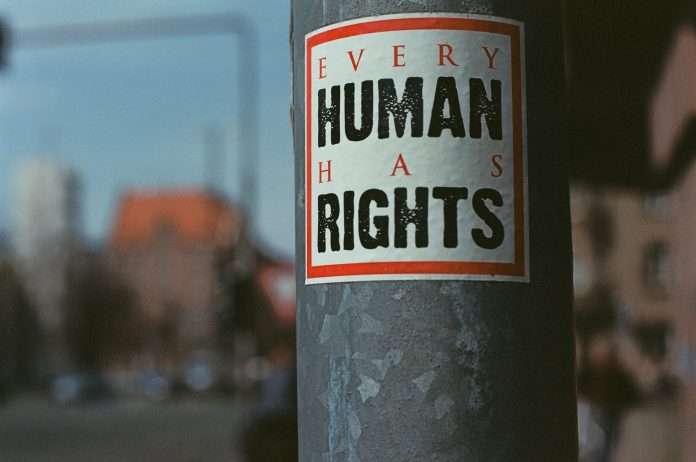 There is, of course, a raging controversy in America sparked by the Supreme Court decision regarding the return of states’ rights in the area of abortion. It will be one of the many major watershed issues in the 2022 elections later this year and, perhaps, remain a point of separation in 2024 as well.

As with any political issue, there are extreme views on the subject which become a feeding frenzy for both major parties.

Republicans focus on gaslighting late-term abortion (which has no agreed upon definition), even though it’s estimated that the termination of pregnancy after 21 weeks represents just 6,200 of the total abortions,estimated to have been 615k in the most recent year available (2018). For Biblical Christians, these are unacceptable deaths, no question, but to put in perspective, there were 38k deaths from firearms in that same year.

The Democrats focus on the rights of women over babies, (which they term a group of cells) and challenge when the first heartbeat is heard, the desperate need for women to cross state lines for service, the possibility of non-medically supervised abortions, possible laws which put abortionists in jail, etc. They gaslight over the opposition by making it seem that all pro-lifers care nothing for the health of the mother or their circumstances (rape and incest). And, of course, there is the Bible which many conservatives, especially those with a Biblical Christian worldview, stand on. That infuriates the pro-choice crowd as being the next step toward a Christian theocracy.

Governor Newsom is even using abortion for his pending national election campaign by putting billboards up around the country advertising California as an abortion friendly state where folks are demonstrating Mark 12:31 by “loving your neighbor”. Then there are the documented cases of baby parts marketed for sale by Planned Parenthood. Further, there is the FACE Act used to arrest those who protest inappropriately at abortion clinics. Finally, many pro-choice allege bait and switch tactics are being used by Crisis Pregnancy Centers  who offer “anti-women” deceitful counseling aimed at preventing abortions.

A significant issue related to all this rhetoric, often ignored by both sides, is the definition of “life”. As an example, I received a typical response from a reader making the standard point that,

“Humanity most certainly does not begin at conception, whatever some Biblical text might say! Just ask any doctor or biologist!”.

This comment was made by someone highly educated, very well read, and whom I respect. It makes a strong point that clearly demarks the separation between Pro-Life and Pro-Choice advocates. It also forces a review of the phrase, “Pro-Life”.

I would respectfully say that there is a definitional difference in the word “LIFE” between those who are pro-choice and those who are pro-life which needs to be understood as a baseline for any discussion on the subject.

At the root of so many disputes on any number of issues are their “definitions”. Two people have, for example, vastly different way of defining “fundamental” based on context (Islam vs. Christianity).

Webster’s definition of “LIFE” is: “the quality that distinguishes a vital and functional being from a dead body”.

The Biblical Christian definition of life, in the context of Pro-Life, is more accurately defining “Humanity”.

Webster – Humanity – “the quality or state of being human”

In this context, Biblical Christians see the term “life” as synonymous with “human life”, and therefore much more in line with “Humanity”.

This point hit me like a rock in the next two interchanges with the reader above. I presented him with a list of at least 8 articles stating clearly that Scientists and Doctors considered “Life” to begin at conception. Thinking I had made my point and that was all that needed to be said, I was shocked at his extremely insightful response, briefly unbalancing my worldview.

“You said “humanity” not “life” – not quite the same thing!”

“A bacterium can be said to have “life”, so the same is applicable to a fertilized ovum on that scale, but the journey from there towards a live birth is a very long and tortuous one …”

So, we use the term Pro-Life, in part because the Bible uses the term “Life” typically in the context of some form of “Human Life” or “Eternal Life”. Verses such as,

John 3:16 “For God so loved the world that he gave his one and only Son, that whoever believes in him shall not perish but have eternal life.

John 14:6 Jesus answered, “I am the way and the truth and the life. No one comes to the Father except through me.

The question then becomes, when does Human Life begin? As my reader tries to make the point…

Is there a time when a “fertilized ovum” is just a group of cells, before they become Human Life?

Is there a reason to focus on when the heart is first heard (6 weeks or 7 or 8 or…) as the beginning of Humanity, or the detection of brain activity, or movement, or a smile or frown caught on camera? Or, is Human Life defined by the word “viability”?

These are not simple questions as they drag issues like invitro fertilization into the discussion where often doctors allow multiple eggs to fertilize at first, then extract some to limit the number of ultimate fetuses the woman chooses to carry.

Should we be looking for Humanity inside the womb, or is Life enough?

There is such a range of views on this question. In the extreme, there are those so focused on the rights of women to choose that it is acceptable to abort well beyond the point of viability. At the other extreme are many Biblical Christians who read Scripture to be saying that God recognizes life at the point of conception, and even before conception.

Jeremiah 1:5 “Before I formed you in the womb I knew you, before you were born I set you apart; I appointed you as a prophet to the nations.”

And then there are the vast majority somewhere in between.

At the very least, Biblical Christians need to recognize that the term “Life” in the context of the womb takes on very different meanings when viewed from a pro-life vs. pro-choice mindset. No one will argue that technical “life” begins at conception. The question is, is that life “humanity” at that instant? To the Biblical Christian, I believe the answer is yes. To other pro-life advocates, Christian or not, I think that answer is much less clear. As a culture and a nation, we all need to recognize that. Regardless of our personal views, we need to find a middle ground. For the Biblical Christian, we need to remember that our citizenship is in Heaven (Phil. 3:20), not on this earth, and we are called to live peacefully (1 Thes. 4:11) and respect the laws of our nation (Romans 13:1). However, that does not mean we are to hide our personal beliefs when called upon to confirm our pro-life position at whatever place God calls each of us to stand.

Your Commitment To Christ