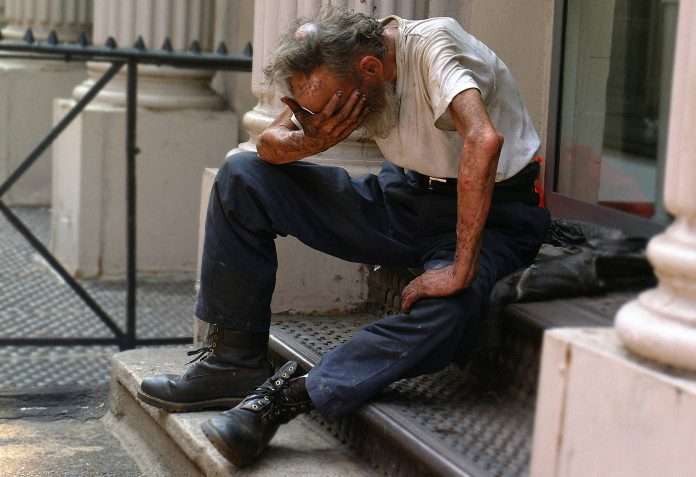 Our verse for today comes from Mark 16:4, “But when they looked up, they saw that the stone had been rolled away – for it was very large.”

In A Few Good Men, Tom Cruise plays Lieutenant Daniel Kaffee, an accomplished attorney with the US Navy assigned to defend two Marines charged with murder.  In his daily routine of driving back and forth to work, he makes it a habit to stop at the same magazine stand to pick up some reading material.  Operating the stand is a man named Luther, and he and Kaffee have a unique relationship in that they exchange clichés for the few seconds it takes Kaffee to make his purchase.  To wit, here is the totality of the two conversations they share during the movie: “How’s it going Luther?  Another day, another dollar.  Play ’em as they lay.  What goes around, comes around.  I got my health.  Then you got everything.  See you.  Not if I see you first.”  And, “How’s the big case? Nose to the grindstone.  No flies on you.  A rolling stone gathers no moss.  Well, it ain’t over ’til the fat lady sings.  You can say that again.  It ain’t over ’til the fat lady sings.”

Now, we all exchange trite greetings and have superficial conversations.  We cannot bare our souls or unload our hearts to every person who asks how we’re doing.  But we also mustn’t trivialize what might initially sound trivial.  Phrases like, “Let go and let God,” or “Bow down and look up,” can seem like cute words to go on a button or a t-shirt.  But for the one seeking Jesus, the one who realizes that life packs more wallop than they can handle alone, simple truths like those expressed in such common sayings can speak volumes.

The ladies at the tomb had no chance of rolling a giant stone from its entrance.  Their only hope was to look up to God and see what He would do.  And when they did look up, they saw what only God could have done.  He moved a stone and raised a Savior. But for us, we shouldn’t look up only when faced with huge boulders.  A full relationship with Christ is borne out by looking to Him amidst the pebbles as well.  He’s in the small and the tall, and He’s over it all.  Look up, and see.

As we seek Him today, remember that your heart goes after what you’re looking for.  So look for Jesus, and let your heart find Him.