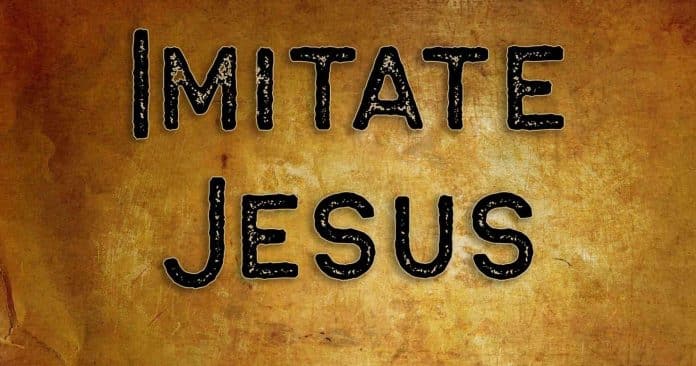 Our verse for today comes from 1 Corinthians 4:16, “Therefore I urge you, imitate me.”

Our society today offers no shortage of replicas, duplicates and imitations. Every aisle in the grocery store is filled with generic or store brand items, even packaged so that they look like the real thing from the outside. The newest technology has hardly hit the streets before the knockoffs are claiming they are as good as the original. One successful television show or restaurant idea spins off dozens of attempts to capture that same magic that the first one had. There is just a natural tendency in businesses and people to find and copy that which has been successful. So when Paul tells the Corinthians to imitate him, they are probably already familiar with the idea of imitating. I’m sure there was more than one type of sandal being worn around town, and there were probably some outlets selling their brands at half price. Unfortunately, many of the believers in Corinth were imitating the ways of the unbelievers even as they claimed to follow Christ in their hearts. So when Paul calls them to imitate him, he has just laid before them the type of life that can come from following a crucified, risen Savior. He said that he was poorly clothed, beaten, and homeless. He said he was reviled, persecuted, and considered as the filth. He said he was made a spectacle to the world. And he calls them to be imitators of this life.

As we seek Him, consider who and what you are imitating. Ask yourself why you are doing the things you do. Ask God to convict you of trying to be yourself.

What Has God Made Me Into