Living God’s Dream Marriage or Enduring His Curse? (Part 1 of 4) 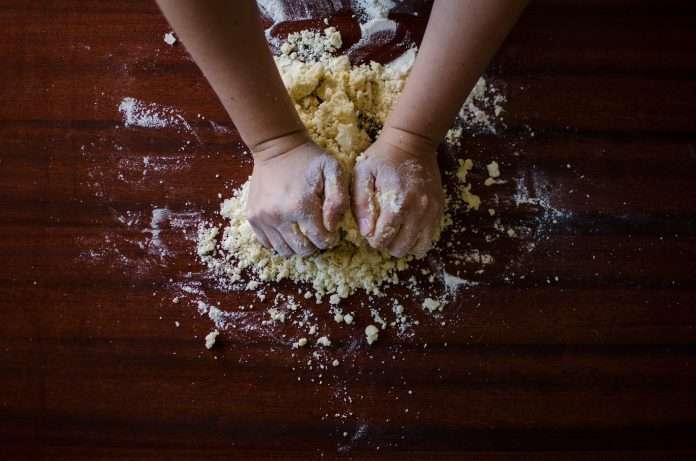 I am reminded of a lady at work whose phone calls I could overhear. Not that I was eavesdropping, but she was rather close and somewhat loud. At the beginning of most calls, I would hear her say “just living the dream.” I assumed she was responding to the person asking how she was doing. It was a nice answer that seemed to get the conversations started on a good note. I reflected on the fact that many of us are living God’s dream marriage, while others are perhaps enduring His curse.

God speaks of making man in “Our image.” The word “our” refers to the Trinity of course.

Genesis 1:26 Then God said, “Let Us make man in Our image, according to Our likeness; and let them rule over the fish of the sea and over the birds of the sky and over the cattle and over all the earth, and over every creeping thing that creeps on the earth.” [emphasis added]

That is to say, Adam was complete by God’s original intent and design just as God and the Trinity are complete. God, Himself, confirms this just a few verses later in verse 31 when He pronounces all His creation, including man, as being not just good, but “very good.”

Genesis 1:31 God saw all that He had made, and behold, it was very good. And there was evening and there was morning, the sixth day. [emphasis added]

If anything were incomplete, it would not have been pronounced good.

God then describes in detail the making of Eve from the rib of Adam as a helper to him.

Genesis 2:18, 21-23, 18Then the Lord God said, “It is not good for the man to be alone; I will make him a helper suitable for him.”…21So the Lord God caused a deep sleep to fall upon the man, and he slept; then He took one of his ribs and closed up the flesh at that place. 22The Lord God fashioned into a woman the rib which He had taken from the man, and brought her to the man. 23The man said, “This is now bone of my bones, And flesh of my flesh; She shall be called Woman, Because she was taken out of Man.” [emphasis added]

While God may or may not have taken an actual rib from Adam, just as it may or may not have been an apple tree in the Garden of Eden, the point is that God took something out of Adam to make Eve. This explains why Eve was the perfect helper for Adam. She was a part of him. What more suitable helper could one have but a person that God designed for us, with a bit of you in them. Conversely, and for the same reason, this would make Adam the perfect helper for Eve. As couples, haven’t we helped each other in our undertakings over the years?

This taking out of Adam however, would leave him deficient from the original design of a complete person as God created. Man is no longer complete. For that matter, neither is Eve. They, you and I, are all incomplete because something has been taken out of us.

To illustrate this taking from one person to create two persons, consider when we share a meal at a restaurant and ask for a second plate. When the meal comes, we divvy up the one complete meal between the two plates. While there will be similarities between the two, neither meal is necessarily better, just different. However, both plates are somewhat lacking from the chef’s original intent and design. Only when put back together would the meal be whole as originally intended by the chef. In this example, the chef of man is God, and the two plates represent the man and woman in a relationship.

Consider for a moment the numerous possibilities of meal sharing, or the splitting of man to make woman. One plate might be meat and potatoes while the other is salad and fruit cup. Possibly, we just split the original meal down the middle and we each take what comes or maybe we try to have a little of each on both plates. In every case of splitting the meal, however, neither plate is of the chef’s (God’s) original design for a complete man. Only when we put the plates back together again will we have the chef’s (God’s) whole and complete meal (mankind). When you consider the combined strengths of a marriage it usually makes a pretty complete picture. Could it be that we are all searching for the person that completes us? How many times have we heard the phrase by new couples in love that “he or she completes me?” That phrase may be more theologically correct than we thought. Maybe this desire to be whole, looking for the person that completes us, was God’s way to assure that we seek out a supportive mate for life?

Putting The Meal Back Together

Genesis 2:24 is a popular passage stated during the unity candle lighting in weddings, about a man leaving his mother and father to become one with his wife.

Genesis 2:23-24 23The man said, “This is now bone of my bones, And flesh of my flesh; She shall be called Woman, Because she was taken out of Man.” 24For this reason a man shall leave his father and his mother, and be joined to his wife; and they shall become oneflesh. [emphasis added]

The “for this reason” phrase in verse 24 is critical. God didn’t just create woman from man and then independently say for man to cleave to his wife. He specifically said, “for this reason.” He joined the two actions together. So, what’s the reason? The answer may be in the context. Before the phrase “for this reason”, God just finished taking woman out of man making the once complete man incomplete.  Then after the phrase “for this reason” God joins them together through marriage. Through the joining of marriage, they can now be a whole complete creation again as God originally designed. Like putting the two plates of the shared meal back together. With this in mind, the rest of the Bible could be a fairy tale with all married couples living happily ever after. However, the Bible is full of twists and turns.

To continue reading see Living God’s Dream Marriage or Enduring His Curse? – Part Two, The Marriage Curse and Its Antidote