Living God’s Dream Marriage or Enduring His Curse? (Part 2 of 4) 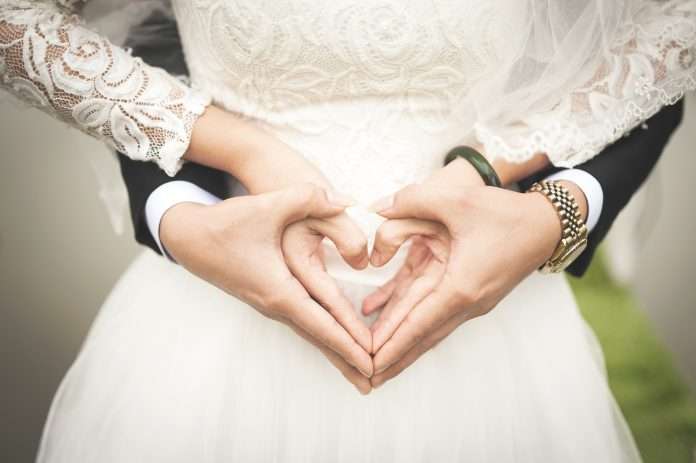 The Marriage Curse and It’s Antidote

The Curse – It’s A Bad Thing

Enter the curse born from Adam and Eve’s sin

Genesis 3:16-17 To the woman He said, “I will greatly multiply your pain in childbirth, In pain you will bring forth children; yet your desire will be for your husband, andhe will rule over you.” 17Then to Adam He said, “Because you have listened to the voice of your wife, and have eaten from the tree about which I commanded you, saying, ‘You shall not eat from it’; Cursed is the ground because of you; With hard labor you shall eat from it all the days of your life. [emphasis added]

You know the story of sin entering the garden through the serpent, Satan. As punishment for their sin, God cursed the serpent, Adam, and Eve. We all know the curse gives pain in childbirth and makes man toil in the fields. But there is more. It’s not so frequently spoken of but it’s there all the same.

Right between the curse of the pain in childbirth and toiling in the ground is an often overlooked part of the curse – the husband’s rule over the wife, yet her desire being for her husband. In a good sense, this would mean man is to be head of the household. Someone has to be in charge or else we have family anarchy. God set up similar rule and order through our government…

Romans 13:1 Every person is to be subject to the governing authorities. For there is no authority except from God, and those which exist are established by God. [emphasis added]

…and here He is doing the same for individual households. There is a distinct biblical chain of command from God down to the children.

Ephesians 6:1 Children, obey your parents in the Lord, for this is right. [emphasis added]

However, in many ways, this is a curse. So therefore, it must be bad. The curse of man ruling is that it’s now man’s cursed tendency to subjugate women. This is not good. But remember, it’s a curse. Consider how true it is. Women have been demeaned and taken advantage of down through history and up to today. Why else do we have battered women’s shelters, the women’s suffrage movement, sexual slavery, and cultures that treat women as animals? The World Health Organization has published a very damning report on violence toward women. Not so much for the men. It’s not right. It’s bad. It’s a curse.

The other part of that curse is that women will have a desire for their husband. Just like men ruling, in a good sense, this could be interpreted as woman wanting and loving her husband, but it’s a curse. It’s got to be bad. In this case, the desire for her husband is the desire to take the husband’s role as leader in the household. The woman’s cursed tendency is now to usurp the man’s role as leader in the household. Notice that these two parts of the curse are said within the same breath separated only by the word “and.” They are joined together like two cat’s tied together by their tails.

So the now cursed state of affairs is that men will by nature subjugate women, and women by nature will try to usurp the position of the man. In today’s terms, it’s called the battle of the sexes. Yet another common phrase that seems to have roots in the Bible.

The Antidote – Love and Honor

So, man and woman were made from one complete creation. After God made woman from man, they were no longer complete creations as individuals. Only when joined together through marriage do they become a complete creation as God originally intended and designed. How lovely and Garden-of-Eden like. Yet, due to the curse, man’s tendency is now to put woman down and the woman’s tendency is to usurp the man’s position as leader of the home. Thinking back to the woman who said “just living the dream,” (from Part 1 of this series) because of all this going on in our marriages, when asked how we are doing, a more honest response may be, “just living the curse.”

The good news here for us is that issues we, as married couples, occasionally stumble over are not our fault. It’s the curse. The better news is that we can do more than just try harder. There is an absolute antidote for the curse.

In walks Peter and Paul with their 2-fold antidote to the curse. One, the husband is to love his wife and two, the wife is to respect her husband.

Ephesians 5:33 However, each one of you also must love his wife as he loves himself, and the wife must respect her husband. [emphasis added]

Colossians 3:18-19 18Wives, be subject to your husbands, as is fitting in the Lord. 19Husbands, love your wives and do not be embittered against them. [emphasis added]

Ephesians 5:22, 25 22Wives, submit yourselves to your own husbands as you do to the Lord. ..… 25Husbands, love your wives, just as Christ loved the church and gave himself up for her [emphasis added]

Not much is said about Peter and Paul’s marital status and experience so we might be tempted to slightly discount their marital advice. But 2 Timothy 3:16 says “All Scripture is inspired by God….” so we can’t discount it. And just for added emphasis to the antidote, the same God who inspired Peter and Paul to write down the antidote is the same God who made us as husband and wife, man and woman, and placed the curse on us. Who better to prescribe an antidote?

The Antidote – Contrary to our Nature

While we may accept the antidote, it’s good to understand why it’s the antidote. Why not just love each other as we have always heard? A 7,000 participant survey was taken. By and large, when asked about love and respect women stated their top need in the marriage was love, and men stated respect was the top need from their wife. Those same surveys show that it’s not man’s natural tendency to love nor is it woman’s natural tendency to respect. A woman can love her husband immensely but not respect him while a man can respect his wife but will do things that don’t reflect love. While the woman is wanting love from her husband, the husband is by nature offering respect. And while the wife is offering love to her husband, the man is wanting and needing respect from her. We are each told to give what is not our natural tendency and to need what is not our mate’s natural tendency to give. That’s some curse! So, we are each trying hard to give all we have to the marriage but because of our cursed natural tendencies, we can’t see that at times we offer the wrong things to the marriage. We are just not connecting.

A guy and girl met on a college campus one afternoon and after some time chatting, they agreed to meet again. She gave him her phone number and he quickly jotted it down on a scrap of paper. He later made several calls and left messages but she never returned any of them. All the while she was disappointedly waiting for his call but it never came. They were both frustrated and disappointed but not for lack of trying. The hopeful union was to die before it ever took life until a common friend got them together where they discovered he had jotted down the wrong number. I can only imagine what the actual recipient of the phone messages thought. The point is, they were each trying very hard to further the relationship. He was off by only one number, but that’s all it took to keep them from connecting. Could we at times be doing the same thing? Sure, we try in our marriages, but there are times we just don’t seem to connect. The difference between love and respect is the difference one wrong number in a phone number can make in a relationship.

This curse phenomenon is no stranger to the Bible. It is exactly like sin, which can be summarized in three verses.

It’s our nature to sin – Romans 7:14 “For we know that the Law is spiritual, but I am of flesh, sold into bondage to sin.” [emphasis added]

God gives us a way to fight against sin – 1 Corinthians 10:13 “No temptation has overtaken you but such as is common to man; and God is faithful, who will not allow you to be tempted beyond what you are able, but with the temptation will provide the way of escape also, so that you will be able to endure it.” [emphasis added]

We are to forgive and will be forgiven when we do sin – 1 John 1:9 “If we confess our sins, He is faithful and righteous to forgive us our sins and to cleanse us from all unrighteousness.” [emphasis added]