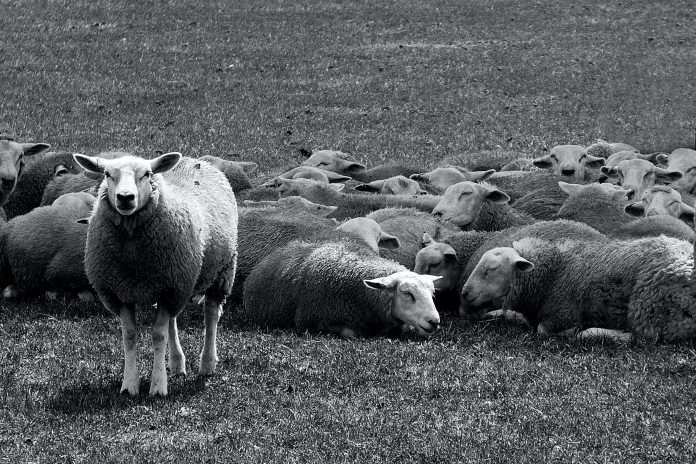 Our verse for today comes from Numbers 14:24, ” But My servant Caleb, because he has a different spirit in him and has followed Me fully, I will bring into the land where he went, and his descendants shall inherit it. “

Are you the one who is different, or is it the other guy? You know what I mean. When you’re in a group of people, or maybe just with one other person, there are those obvious differences that cannot escape your eye. Your clothes might clash, or your traditional haircut is set against their modern ” do, ” or you’re laughing when they aren’t, and vice versa. It might be the accent or the food choice or any of a thousand things. But when you notice them, what conclusions do you draw? In high school, I was quick to notice the differences, and quicker to label the other guy as the oddball. In that environment, your little posse has a way of affirming everything you do as right and normal. But now later in life, there has become a difference to the differences.

The haircuts and the clothes of others can still be way out there, and I still eat about six basic foods, but what registers with me runs a lot deeper than food and clothing. And the one that needs to do the changing now is me.

Our hero, Caleb, went on the spy mission with Joshua and several others to check out the Promised Land. When they returned, their report didn’t jive with the others, and the congregation hated it so much that they wanted to stone the two of them. Whether they realized it or not, they had noticed something different in Caleb. And if someone was going to be changing, it was clearly not going to be the crowd. The stones would make sure of that. But the difference in Caleb flowed out of the different spirit within him. Quite simply, it led him to follow God fully. His difference wasn’t just in what he said, he was full of the spirit that kept him following God, wherever that might take him. And eventually it took him to the Promised Land. Of the hundreds of thousands of adults that left Egypt, only he and Joshua stepped into Canaan. And it wasn’t because of his refined palette or his sophisticated wardrobe. No, he was different in the way I want to be different. He was so different, all he could see was God.

As we seek Him today, ask God to make you different in the ways that matter to Him. Let your differences be all about following Him fully.

Share
Facebook
Twitter
Pinterest
WhatsApp
Previous article
“ If you think one political party is right and the other party is evil, the problem with our politics is you. “
Next article
Say More By Saying Less
RELATED ARTICLES
Devotion

How Close are we to the Image of God

Leading Your Every Step