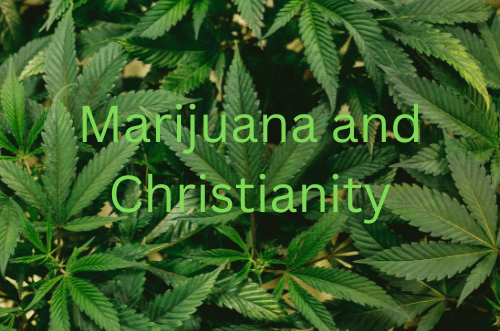 As of the most recent mid-term elections, we now have approximately 37 states which allow the legal use of medical marijuana, and 21 states that have legalized its recreational use. Additional states have decriminalized, but not completely legalized its sale and use. As a Christian, desiring to conform to the will of God, what should our response be, both our personal use of marijuana and our view of its use in general?

Where Marijuana is legal

As Christians, the Bible calls us to live peaceably with our neighbors (Rom. 12:18). Further, we are told in Scripture that we need to comply with the laws enacted by our elected leaders because God has placed them in authority over us (Rom. 13:1). So, one could quickly say that Christians should have the right to exercise their “freedom in Christ” (2 Cor. 3:17) and both use marijuana and have no problem with others using the drug in states where it is legal.

The only obvious caveat to this apparent freedom is the conflict between Federal law and State law. Until it likely changes, federal law still considers marijuana a schedule 1 drug, the same as heroin. Amazingly, this means it is currently ranked more dangerous than cocaine and meth, which are schedule 2 drugs. Since federal law always trumps state law, the quick answer for Biblical Christians would then be to avoid marijuana use. However, since federal prosecutors have demonstrated an unwillingness to overrule state law in this area, and, it is very likely that we will see approved federal legislation to remove their unexercised restrictions, what should the stand of Biblical Christians be?

There is a dichotomy between the medical and recreational use of marijuana. Having experienced a very weaker marijuana potency back in the ’70s, it would seem today’s version would be a very good, and likely safer, method of mitigating long-term pain than alternatives such as Percocet or other opioids. So, for legal medical applications, with the possible exception of outward appearances (1 Cor. 8:13), it would seem to be appropriate.

The real question becomes, is legal marijuana ok for recreational use, from a Biblical Christian worldview perspective?

1 Cor. 6:12 speaks to this question directly as relates to a number of things we can legally do, but for other reasons, should not do.

Consider the word “enslaved” in the verse above. Webster defines it as “a situation or practice in which people are entrapped and exploited”. In Galatians 5:1, Paul states that “Christ has set us free… do not submit again to a yoke of slavery.” The point is that our faith in Christ has released us from the penalty of sin. Further, the Holy Spirit living within us has provided the power to resist worldly behavior that brings on sin. The “yoke of slavery” has been removed from us as we have become a “servant of Christ” (Rom. 1:1).

From that perspective, is the recreational use of marijuana going to draw one closer or further from God? Ignoring the drug culture rationalizations of” spiritual enlightenment” (from being wasted), I would say drugs of any kind (ex. alcohol and nicotine) tend to push God, the Bible, Jesus, etc. out of our day-to-day lives.

God places a vacuum in the heart of mankind (Pascal). Many of us fill that emptiness with surrogates for God. It could be money or fame or boats or cars or food, etc. Drugs are especially enticing because they not only satisfy like the other idols I just mentioned, but they also remove us from a consciousness in this world, where the Holy Spirit is active. This leaves us in an unproductive and unresponsive stupor, oftentimes exhibiting behaviors we later regret.

Be sober-minded; be watchful. Your adversary the devil prowls around like a roaring lion, seeking someone to devour. – 1 Peter 5:8

Finally, the question of legal, recreational marijuana use for Christians is not only a matter of what draws us closer to, or farther from, our Lord and Savior. There is also the need for us to represent God, as His ambassadors, to a lost and dying world (2 Cor. 5:20). Paul makes the point in 1 Cor. 9:19-23 that evangelism can involve being all things to all people in order to save some. One can rationalize that verse to say that we need to frequent bars and parties which freely emphasize a heavy use of alcohol and marijuana in order to “witness” to the lost. However, engaging in activities that separate one from God, regardless of the choice of idols or drugs, does not demonstrate anything but acquiescence to the world around us. As Biblical Christians, our citizenship is in Heaven, not this earth (Phil. 3:20).

Do not be conformed to this world, but be transformed by the renewal of your mind, that by testing you may discern what is the will of God, what is good and acceptable and perfect. – Romans 12:2

Smoking recreational marijuana and tuning out from the world simply cannot fit into a paradigm of what is “good and acceptable and perfect” as the will of God.

A reader/commenter added a perfect verse to the one above…