Never Trust a Person Who Says – “the Bible Says So” 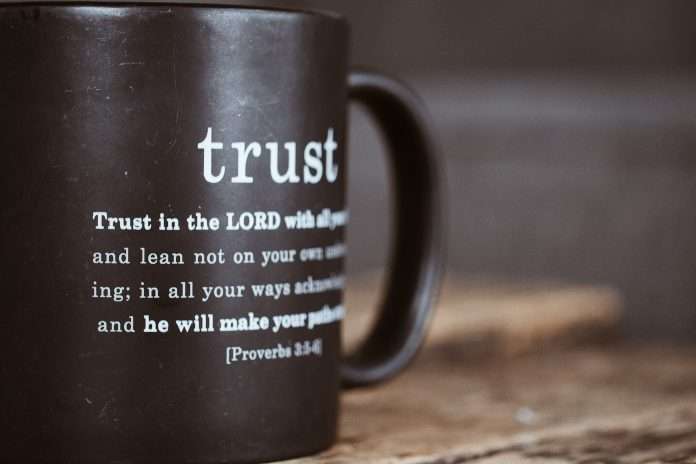 I read an article recently that did an excellent job of challenging man’s twisted use of Scripture to justify slavery, apartheid, and torture as historically acceptable human practices. Since these practices have been proven wrong, he further postulates that today’s Christians who quote the Bible should also be suspected of promoting similar abuses. The author begins by stating that “The Bible says so” is used by Christians as the “end of some argument [as] one final desperate play”.

I would argue that Scripture should instead be the first and only basis of a response.

Many carnal Christians reject using the Bible to support their position because of a resistance in accepting it as the supreme authority over what mankind wants to do. The Bible’s restrictions are unacceptable and therefore rejected in a post-Christian nation that wishes to make its own rules and set its own moral standards of behavior.

To support the above author’s statement that the Bible should not be used as man’s instruction manual for life, he makes three observations from past abuse. If one can document abuse of Biblical teachings in the past, then one can extrapolate that current Biblical Christian beliefs are subject to an equal share of misinterpretation. Below are his three points of contention and my response.

His point on changing understandings of Scripture and the rationalization of it for this unacceptable practice by sinful man, has some validity. However, it needs to be made clear that the Bible is not condoning slavery. Past sinful men misinterpreted it to support those actions.  Instead, the Bible uses the illustration of slavery to make a greater point. For example, Eph. 6:5-8 can be taken out of context by ignoring verse 9 which reads –

“Masters, do the same to them, and stop your threatening, knowing that he who is both their Master and yours is in heaven and that there is no partiality with him.”

Note the words “no partiality”. Biblical use of slavery often represents a picture of mankind’s slavery to sin, which is overcome by our “Master” (note the capitalization) in heaven, referring to God. Scripture is pointing to God as our Master and, we, all of us, as His slaves. For atheists, who do not believe in a supreme God, this remains an offense. However, for those who acknowledge God as the creator of the universe, our position as man should be nothing more than clay in His hands (Isa. 64:8).

Another, similar verse the author did not mention is Col. 4:1 which reads,

“Masters, treat your bondservants justly and fairly, knowing that you also have a Master in heaven.”

Again, note Master is capitalized as it refers to God, and slavery or “bondservant” is used as an illustration of our relationship with God. Slavery is used, not as something the Bible condones, between men, but as an illustration of the way we need to see our relationship with God. Just because this view was twisted to support slavery in the past does not justify trashing Biblical systematic theology today.

2. “Apartheid is fine with God”

This second quote is also twisting of Scripture as the author suggests the tower of Babel emphasizes approval for the separation of races, imposing racism. Further, he references Acts 2:5-11, and passages in Revelation identifying individuals being divided based on language or their behavior. The verses in Acts are actually the opposite. It is the day of Pentecost when all who heard Peter and other disciples, miraculously speaking “in his own language” (Acts 2:6). This was a unifying event not one of apartheid.

Then in Acts 17:26, the author refers to our God who “made from the one man every nation of mankind…” as being a form of apartheid. This Scripture is simply explaining that Adam was the father of all peoples.

As to the references in Revelation, the author tries to imply, for example, that the unification of the saved in Heaven from “every tribe, peoples, and languages” will be together praising God (Rev. 7:10). Again, this verse suggest unity not apartheid.

The definition of Apartheid is the forced separation of whites from nonwhites as a past social system in South Africa. God did choose to separate man based on language, beginning at the Tower of Babel. These separations became nations, and cultures. We will have a better picture of why He choose to do that on the other side of the grave. However, nowhere in Scripture does God suggest that His reasoning implied that one language or resulting tribe or peoples were better than another, which was the underlying basis behind apartheid and segregation in general.

The author’s final point was that God supported torture in the Bible. He referenced Deut. 17:2-4 and the historical example of religion being used to justify the persecution and incarceration of Jews and Muslims by Catholics during the Inquisitions. As with slavery, and apartheid, torture was not the point God was making. The referenced verses in Deuteronomy follows.

“When the LORD your God gives them over to you, and you defeat them, then you must devote them to complete destruction. You shall make no covenant with them and show no mercy to them. You shall not intermarry with them, giving your daughters to their sons or taking their daughters for your sons, for they would turn away your sons from following me, to serve other gods. Then the anger of the LORD would be kindled against you, and he would destroy you quickly.”

There are many instances, particularly in the Old Testament where God makes it known that He is righteous and His will needs to be done. In the example above, God is warning His people that to allow the Canaanites to intermingle with the Israelites will be their destruction through idolatry and immorality. If one has an eternal perspective vs a temporal one, the righteousness of God needs to be respected. God is not suggesting “torture” for the sake of unjustified punishment. He desires to keep a sinful nation under His authority. The harsh reality is that to turn away from God on this earth, in this case by losing their faith through intermarriages, is to be separated from Him forever (Matt. 25:46).

Throughout history, Christians have used the Bible to justify anti-Christian behavior. Today, as we look back on those errors, it becomes great fodder for the deconstruction of Biblical Christian faith and beliefs of today.

If man misinterpreted key Biblical concepts in the past, like slavery, apartheid, and torture why should one trust what Biblical Christian believe today?

We are no less sinners and likely no wiser than our ancestors. To the question of trusting the Bible, there is an old adage that one should not “throw out the baby with the bathwater”. I recognize this is both unacceptable and shallow, but true nonetheless. Scripture is a love letter from the Supreme Master of the universe (Rom. 11:33). We are sinners (Rom. 3:23), and His ways are above our ways (Isa. 55:8-9) and His wisdom is without compromise (Jam. 3:17). We have and will continue to make mistakes and fall short. However.…

To Summarize using the author’s quote from Rev. 21:4,

“God has a redemptive plan… when the old order of things has passed away, and there will be no more death or morning or crying or pain.”

This is what those who will spend eternity in Heaven will experience. However, those who reject God’s love letter as an instruction manual to mankind, in favor of a God who is solely viewed as Love with no responsibility for following His commands (James 2:26), will sadly not be able to take advantage of that “redemptive plan”.

Postscript — It was brought to my attention that one of our Christian bloggers uses “TheBibleTellsMeSo” as the title of his Publication. My apologies to that author. This post (above) was intended to strengthen a Biblical Christian worldview and not harm one who supports it.

Free Will in Heaven ?