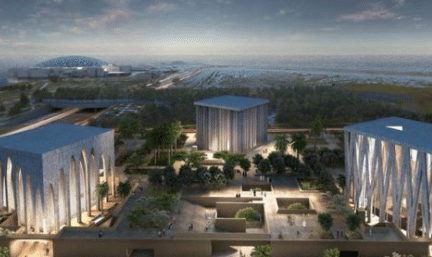 As many Christians know, one of the prophecies in the Bible that ushers in the End-Times, or the end of the world as we know it, is the convergence of all religions into a single faith. Ultimately, that will be the worship of the Antichrist, who will likely not arrive until after the Christians have been raptured from the world. All this is outlined in Rev. 17, among other places in the Bible, for those who read it as a literal event, rather than an allegory or vision.

Though all this sounds crazy to those unfamiliar with Biblical teaching, Christians are watching closely as ecumenical religious organizations seem to be breaking down their differences and attempting to find common ground. What has been sadly helpful in this exercise has been the degrading of the Bible as the supreme authority in all matters of guidance. One group leading this charge has been the World Council of Churches (WCC), which is made up of mainline Eastern Orthodox, Anglican, and Protestant denominations. Representing more than a half-billion “Christians”, their expressed aim is to “pursue the goal of the visible unity of the Church”.

However admirable “unity” may seem in our current woke culture, the WCC is nothing more than a vehicle pushing participants away from the God of the Bible and toward an uncertain future.

The more mankind moves away from a Biblical Christian worldview, the more open we are to converging (or collapsing) our various beliefs into a single, unified, false “truth”. This new version of the truth will be based on individual judgments of morality, fairness, inclusion, and ethics, rather than God’s view of these principles. One of the most obvious pieces of evidence of this trend comes from Christian institutions conforming more and more to an exclusively social gospel of love and grace, without any acknowledgment of Biblical sin.

It is important to note that this trend is not limited to Christians. Other major religions are also experiencing the same loss in membership and a forced loosening in their theological underpinnings. One of the more tangible examples of this reality is the soon to open “One World Religion Headquarters” located in Abu Dhabi (main picture in this article). Called the Abrahamic Family House, it will consist of a Church, a Mosque, and a Jewish Temple, located in the capital of the UAE. The Pope’s recent visit there, to review progress, culminated in a joint declaration with the grand imam of al-Azhar to form an interfaith council to advance unity and tolerance.

The continued homogenization of religious beliefs will only expedite the work of the Antichrist and the False Prophet as the world comes together for the final battle of good vs. evil. For Biblical Christians, the end of that story has already been written by the Creator of the universe.

What Are You Thinking About During the Sermon?