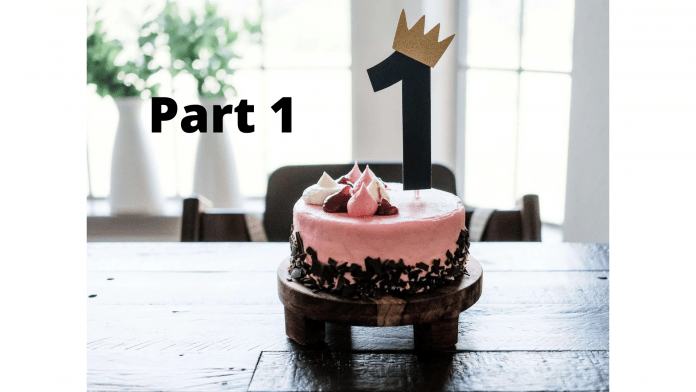 January of 2022 marks the one year anniversary of BCWorldview.org (BCW). Its focus was, and continues to be, a discussion on the intersection of our culture and a Biblical Christian Worldview. This effort has expanded into daily devotions, guest authors writing on similar topics, podcasts, and daily/weekly email newsletters. In September of 2021, I began cross-posting my writing on BCW to a blog site called Medium.

Today, BCW sends out over 1000 read emails each week and the website receives nearly 15k site impressions monthly. However, by far the most active (and time-consuming) part of our efforts is on Medium. We are currently averaging an additional 20k monthly views on that platform and I have individually responded to over 500 readers since September of last year. To put the size of Medium into perspective, in the month of May 2019 alone, they reported 237 million views, ranking them 199 in all US websites in terms of traffic.

This first of a two part series will offer a summary of remarks we have received from readers of our Medium posts. In the second part, I will offer some insight, from my own personal experiences, of positive ways to communicate with those who are strongly opposed to a traditional Christian worldview.

In the interest of full disclosure, Medium is considered a “left-center” blog site. Further, the search tags on our articles relate almost exclusively to “Christianity” even though many of the reader responses gravitated toward politics.

What I have learned from the experience.

Of the nearly 350 articles on BCW and over 100 of my posts on Medium, 98% are written either intended to promote spiritual growth or the intersection of Biblical Christian theology and contemporary issues in America. So, the reader responses I have received (from Medium) revolve around these somewhat hot-button issues.

This has been an amazing ride so far and one of the best aspects of it is the unique perspective it has offered observing the pulse of our nation. It is from that perspective, I would like to offer some personal observations, based on reader conversations. Overarching nearly all comments is the reality that there is a great deal of anger in America. I know this should not come as any surprise, but those who write use their real names and are very open about their frustrations. As a guideline for responses, next to specific topics below are the number of individual articles which include some use of these terms.

It is both sad and interesting to note that deconstructing and anti-Christians hold, by far, the highest number of followers on Medium than do Christians – under the sort tag “Christianity”.

The above qualitative observations were written without consideration of the repercussions if generalized across our population. The sample size is so small and likely biased towards a more Progressive audience so I would prefer not to offer any summary insight on its validity if any. However, taken as a whole, and from my perspective, it confirms that America is a heavily divided nation regarding views on Politics, Religion, and other polarizing topics. As I have written many times, our lack of trust in the media, coupled with the explosion of news sources, has turned our nation into tribal groups that are being fed what they want to hear rather than a balanced and honest version of the truth. I do see some small trends that may be helping to turn that around, but they are too fragile and unclear at present to offer too much hope. Ultimately, our hope needs to rest in Jesus Christ. There is much work to be done in the harvest fields of America.

This is a two part series. This first part has offered a summary of my experience responding to 500+ folks, mostly on the blog site, Medium. In the second part, I would like to offer an approach to communicating with those who have very different, and extreme points of view. It’s a method that has sadly been lost in our anonymous, social media based culture: civility.

Where Should Biblical Christians Stand on the COVID Vaccine