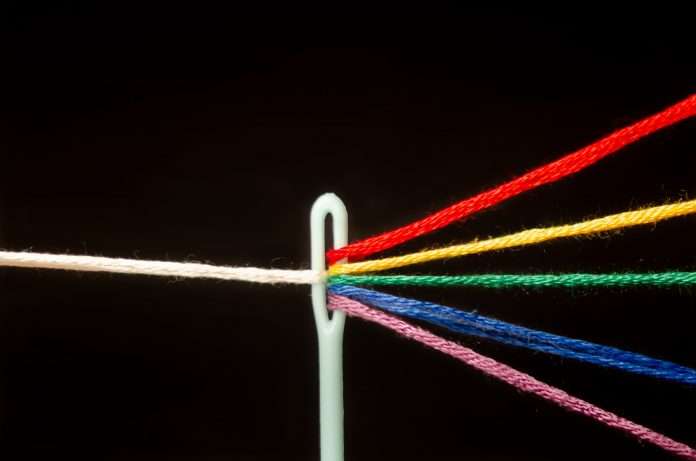 Our verse for today comes from Numbers 15:38-39, ” Tell them to make tassels on the corners of their garments throughout their generations, and to put a blue thread in the tassels of the corners. And you shall have the tassel, that you may look upon it and remember all the commandments of the Lord and do them. “

An ugly incident had just happened with the Israelites. While in the wilderness, some of them had come across a man gathering sticks on the Sabbath day. And knowing that this was a violation of God’s command, they brought him to Moses and Aaron to determine what should be done. And God’s decree to them was swift and clear – he must be stoned to death. Now, for the common Israelite, this may not have been what they were expecting to happen. It’s not like the guy wielded a knife and ambushed a traveler to steal their sticks, or broke into their tent, assaulted the wife, and took the sticks. He was simply outside of camp, looking for some supplies, when he was supposed to be resting at home. But God saw the thread of disobedience that was beneath these actions. He had just instructed Moses on how to handle the presumptuous sins of the people, the willful defiance against God. And the cost of the sin was the person’s life. Whether he disregarded God’s holy day of rest, or plotted to steal a man’s sheep, the penalty was the same.

The people were about to enter into their new home, and God wanted to be perfectly clear on how He expected them to act and think. So He told them to weave these tassels on the corners of their garments, and in the tassel should be a blue thread. These tassels, this simple thread, should be a reminder to everyone that God expected them to obey all that He had commanded. Not most. All. Every single thread. He said he had brought them out of Egypt, ” to be your God. ” He didn’t choose them and deliver them to be their provider, though He was. He didn’t do it all just to be their helper, though He was all that. And He certainly didn’t go with them just to be their nanny. He brought them out to be their God. And as God, He knew the way their hearts were wound, that a single thread of distrust or pride would destroy it entirely. So He said to look, and remember. On each corner of the garment, in every direction you turn, be reminded that He is God. And He wants every thread of your heart to honor Him.

As we seek Him today, take an inventory of the threads of your heart. Be reminded that our Heavenly Father desires our full devotion and obedience.