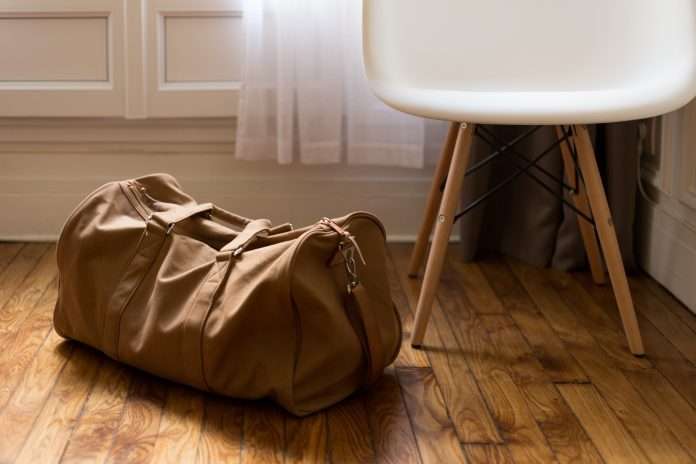 Our verse for today comes from Acts 13:39, “And by Him everyone who believes is freed from everything from which you could not be freed by the law of Moses.”

I ran away from home once when I was a kid.  We were still living in the apartments I first grew up in, so I couldn’t have been more than 7 or 8 years old.  I packed a bag, went out the back door, down the flight of black, iron stairs, and headed up the parking lot.  I don’t exactly remember what had finally pushed me over the edge, but apparently, as a young first or second grader, I had had enough.  I no longer wanted to confine myself to the environment and limitations of my current living arrangement, so I went out seeking something better.

Fortunately for me, my mom had other ideas.  Before I could even turn the corner, there she was, coming up from behind, full of love and reassurance that she could make better whatever it was that was bothering me.  And so, I went with her back home, unpacked my bag, and things went on as they did.  I’m pretty sure that I hadn’t fully mapped out what freedom was going to look like had I made it a little further and turned to head in one of the three directions that the roads out fronted headed.  All I knew is that I wasn’t happy and I wanted something different.

I’ve thought more about freedom recently, mostly as a result of reading about grace.  It’s still heartbreakingly amazing to me that Adam and Eve had the freedom to do literally anything except one, and that one thing they could not resist.  And choosing to act as they thought they were free to, they surrendered the freedom they were given from God and became slaves to the worst kind of everything.  And it’s that slavery that has grabbed my attention.  For only in realizing the depths of our confinement and destitution can we begin to comprehend the gift and work and power of grace.

When we grasp how lost and helpless we are, how we need to be freed from everything, we know that packing a bag and trying something different won’t make an ounce of difference.  But when we believe Jesus, He frees us from it all.  You name it, and He delivers you from it.  And if you’re not free, then I’m not sure what you are believing.  But thank God He knows better, and He’s right there with love and reassurance to give you the freedom to be free.

As we seek Him today, live out the liberty that Jesus died and rose again to give you.  Believe Him so you can fully trust Him.