Performing a Miracle in You 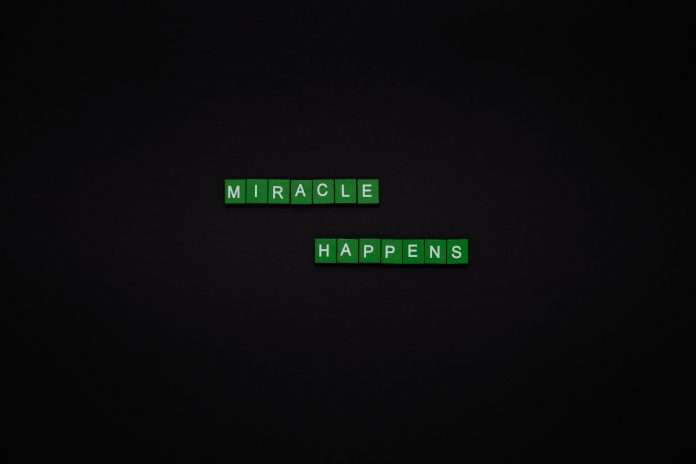 Our verse for today comes from John 2:8, ” And He said to them, ‘Draw some out now, and take it to the master of the feast.’ And they took it. “

The first miracle that Jesus the man performed occurred at the wedding in Cana. The wedding party had run out of wine, and Jesus took some ordinary water and turned it into wine so the celebration could continue. But interestingly, the passage in John doesn’t actually record Jesus performing the miracle. His mom comes to Him to let Him know about the dilemma, then she instructs the servants to do whatever He tells them. Then Jesus instructs them to fill the large waterpots with water and take some to the master of the feast. But when the master received it, it was wine, and the good kind that usually gets served at the beginning of the party. Somewhere between filling the waterpots and delivering the drinks to the master, the water became wine.
Now, there is no doubt that Jesus made the transformation. There is no other explanation. But when and how He did it is somewhat mysterious. And that is exactly how He changes us. At the wedding, it all started with the realization of a need. Then the need was brought to Jesus. And when Jesus was obeyed, when they did what He told them, somewhere along the way their need was met.

And He still works on our hearts the same way. We have a need, sometimes too many to count. But when we bring it to Jesus, and then follow Him in obedience, doing what He says and trusting that He alone is the miracle worker, somewhere along the way our hearts are changed. We may not know exactly when, and we probably don’t understand how, but the change occurs. We may wonder why He’s dealing with water when wine is what we need. We may complain that we’re doing something that seems pointless or irrelevant to our situation. We may do more talking than listening. But that’s ok. He doesn’t need for us to understand how, or why. We don’t need to know exactly when the water was changed. He simply wants us to follow, trust, and obey. That is the path to the good wine. That is how He performs a miracle in you.

As we seek Him today, trust in His ways and let Him perform a miracle in you. Believe that He is performing a good work in you, and follow Him with your whole, committed heart. Expect the change that He sees for you.