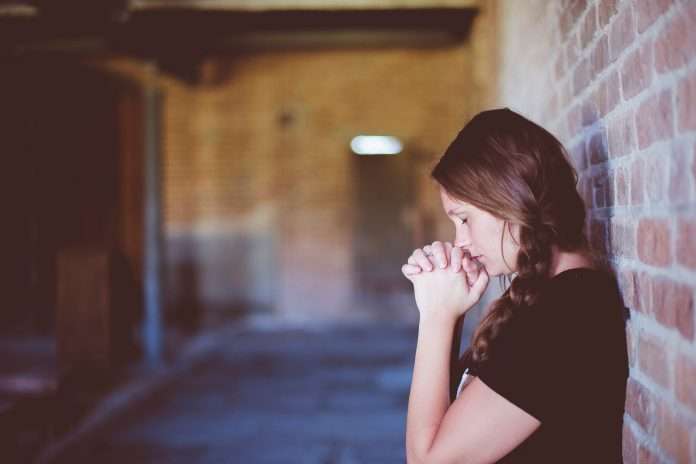 Our verse for today comes from John 17:9, “I pray for them. I do not pray for the world but for those whom You have given Me, for they are Yours.”

If you’ve been in a group of people while they are praying, and one of them prays aloud for you specifically by name, then you know the feeling of encouragement and humility to have heard a follower of Christ petition God on your behalf. Imagine, on the other hand, a non-believer being among that group and someone expressly saying in their prayer that they are not praying for ones like them. What would the room feel like when all eyes were opened after someone closed in “Amen?” Well you might say that such was the contract as Jesus prayed on the night of His betrayal. He passionately prays for those who have received Him, and then even for those who will one day believe. But He says He is not praying for the lost, for those who He says hate His followers, at least not now. But fast forward to the cross, where that hatred He spoke of is being poured out in all its vehemence with the sole purpose of taking His life. There, as Jesus hangs in humiliation, He asks His Father to forgive His murderers, those who are ignorant of what is unfolding. And so, we see the full picture of what a Savior looks like. He is intimate with His chosen followers, praying for their faithfulness and unity among a world that scorns and rejects them. And He is also longing for every single one of His creation to know the forgiveness that will take them from death to life.

For you and me, this picture of Christ should serve to draw us to Him as our only hope. Nothing short of begging for His grace and mercy should be our focus as we pray for one another to walk faithfully and serve together for His divine purposes. Likewise, our plea should be that God would grant forgiveness to those who not only refuse Him, but frankly don’t bother to acknowledge He even exists. It’s not a case of either/or. We must be about both/and. The saved serving one another and seeking the lost, so that the lost can be saved and then serve one another to seek the lost. That’s how the upper room and the cross come together

A Deeper Knowledge of Him

Thank God For Your Obedience