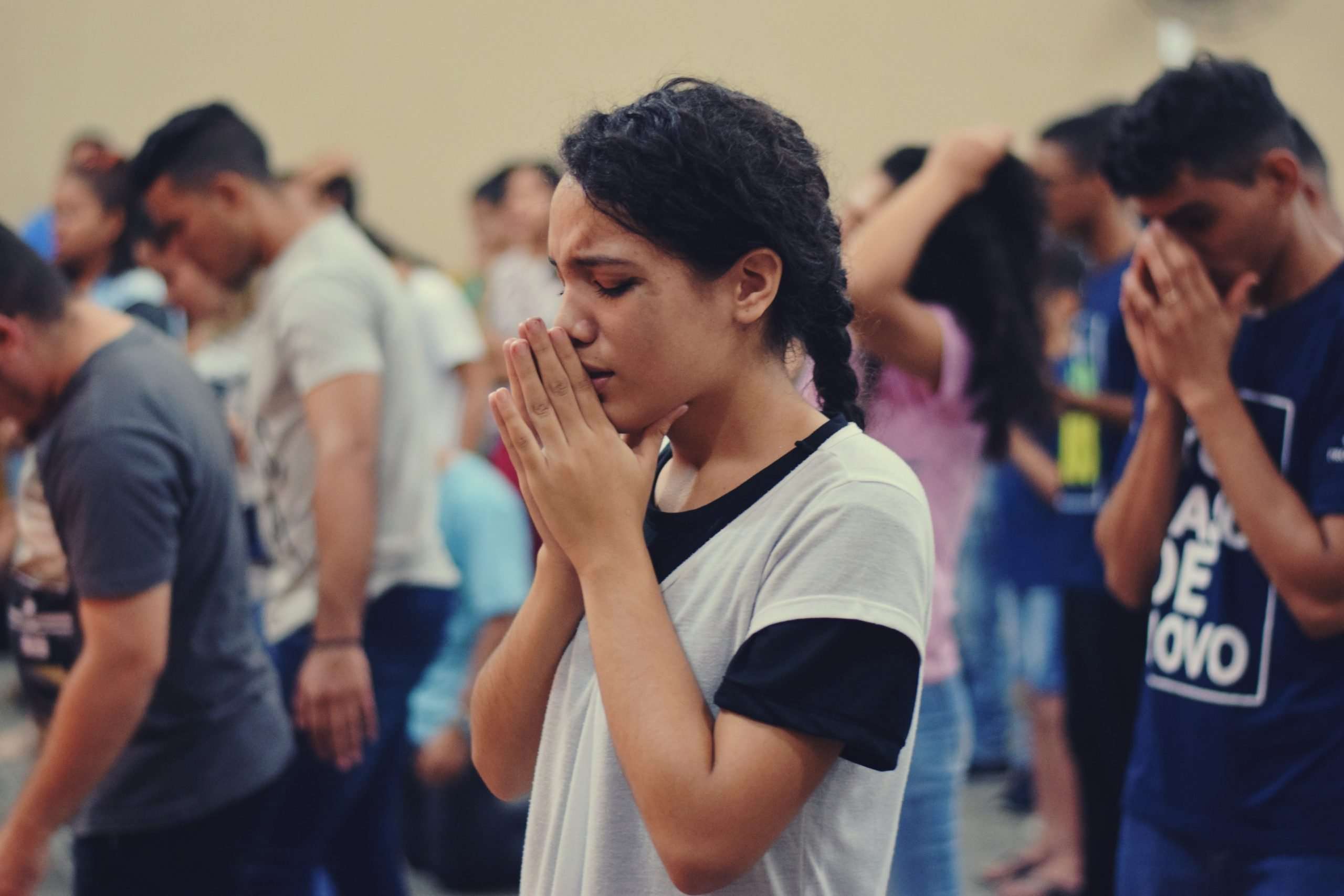 When talking about what is happening in our country lately I have heard from believers that “all we can now do is pray.”  This sounds a little defeatist and suggests that prayer is merely a last and final resort when all else has failed.

Examples Of Prayer As The First Option

There are too many examples of calls to pray in the Bible for any believer to feel defeated in this way.  The Apostle Paul, Daniel, and King David’s, prayers come to the top of the list of examples. However, we need only look at the examples of Jesus Christ Himself. They will show us the proper timing and effect of prayer.

In the Garden of Gethsemane, just before Judas’ betrayal, Jesus could have run, hidden, or attacked.  But what did He do?  He prayed confidently for God’s will, not His own (Matthew 26:39). After one of the Disciples cut off the ear of the high priest’s servant, Jesus says “…do you think that I cannot appeal to My Father, and He will at once put at My disposal more than twelve legions of angels?” (Matthew 26:53). So Jesus’ example to us is that prayer should be the first course of action.

Consider the power that God has to affect the outcome of any situation.

We are told in Proverbs 21:1 that “The king’s heart is like channels of water in the hand of the LORD; He turns it wherever He pleases.”

Ezekiel prophesies (Ezekiel 38:22) that, at the end of the age, God will destroy the mighty army of the North by saying “I will rain on him and on his troops, and on the many peoples who are with him, a torrential rain, hailstones, fire, and brimstone.”

What better person to ask for help than from the One that can change the hearts of men or send fire from heaven? Is there any problem of yours that He couldn’t solve if He chooses?

Prayer does not always mean we will get what we want, but that should not affect our faith.  God is sovereign.  To be so, all choices to act and intercede belong to Him.

The last words of Shadrach, Meshach, and Abednego, before being thrown into the furnaces of Babylon were (Daniel 3:16-18) “our God whom we serve is able to rescue us from the furnace of blazing fire; and He will rescue us from your hand, O king.   But even if He does not, let it be known to you, O King, that we are not going to serve your gods nor worship the golden statue that you have set up.”  Did you get that?  They said, “But even if He does not”.  They confidently stated God’s ability to save them, all the while knowing that God may choose not to. Fortunately, God did save them in a miraculous way that caused Nebuchadnezzar to become a believer in God (Daniel 3:28-29).

In another example of trusting God’s sovereignty over man, King Saul’s son, Jonathan, snuck into the Philistines’ camp one night. He took only his armor-bearer to whom he said “Come, and let’s cross over to the garrison of these uncircumcised men; perhaps the Lord will work for us (1 Samuel 14:6).” As with Shadrach, Meshach, and Abednego, Jonathan acknowledged God’s ability to help him in his quest, but in the same breath acknowledged that “perhaps” God may not intercede.  “Perhaps” implies maybe He will, maybe He won’t, but acknowledges that God was in ultimate control.

So, to our prayers, perhaps God will answer them as we want or expect; maybe He won’t. Either way, we can be confident that God can affect the outcome in our lives if He chooses.  This should never stop us from calling upon Him as Shadrach, Meshach, Abednego, and Jonathan did. Quite the opposite (1 Thessalonians 5:17,Romans 12:12).

Pray As The First, Effective, And Powerful Option

Next time a situation looks bleak, don’t take the defeatist position…pray!  Pray as you never have before, as a first option. as the most effective option, as the most powerful option.  Never take a defeatist position, even if God chooses not to intervene.  Then, if you sense God telling you to do something about the situation, then and only then…do it.

Your Will Be Done Lord