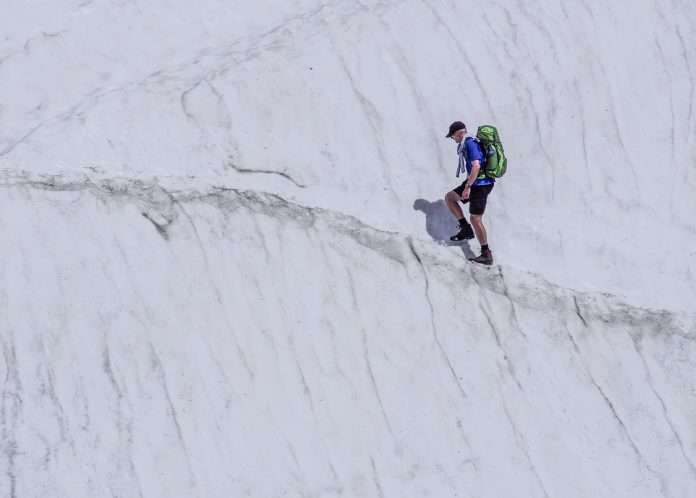 The Christian song, “Reckless Love” was written by Cory Asbury and was released on October 27, 2017.

*You have been so, so good to me

There is in all the lyrics of the song, the implication that God is more than wooing the sinner to salvation, but actually dragging him/her, against their will, to the cross. This is the theology of Predestination and addresses point #4 (Irresistible Grace) of the five pillars of Calvinism.

Some take offense with this theology. This is because Irresistible Grace typically relies on another pillar (#2) of Calvinism, Unconditional Election which has at its core the belief that God decides who is saved (with no input from mankind) rather than the free will of the individual. With God having the foreknowledge of who will come to Him, He initiates irresistible grace to those who will be elected to be saved. Of course, many disagree with what they see as the abdication of man’s free will choice to follow Christ. However, predestination is a well known theological concept and not the underlying controversy related to the song, “Reckless Love”.

There are two main complaints with what have been termed the “defective lyrics” of the song….

The first is the actual name itself, “Reckless Love”.

The term “Reckless” is defined as behavior being “marked by a lack of proper caution or careless of consequences, irresponsible”. Synonyms include being brash, careless, foolhardy, ill-advised, a daredevil, etc. In the English Standard Version of the Bible, the word “reckless” appears 4 times, all of which are exemplified as negative, human traits.

In the use of this song title and repeating lyrics, there is an implication that God is not omniscient (all-knowing) about the future. Since He doesn’t know what might happen, He is taking reckless risks in seeking out the lost and offering His Son for salvation. Further, the implied commitment (tearing down walls, etc.) involved in seeking out and saving one lost sinner could imply more effort than a sovereign God should put forth. Said differently, the argument is that a sovereign, all-powerful, all-knowing, sinless God, is never “reckless” in any of His actions.

My view is that the song was written (or at least should be interpreted) from a human perspective, not from God’s perspective. God’s love may look ill-advised to mankind (especially the unbeliever), but not to God who has everything under complete control (omniscient, omnipotent, omnipresent).

The second issue, intertwined in the first, for which some have taken offense, is the songwriter, Cory Asbury’s own interpretation of his lyrics. Cory is quoted as saying:

“When I used the phrase, ‘the reckless love of God,’ when we say it, we’re not saying that God Himself is reckless, He’s not crazy. We are, however, saying that the way He loves, is in many regards, quite so. But what I mean is this: He’s utterly unconcerned with the consequences of His own actions with regard to His own safety, comfort and well-being. … He doesn’t wonder what He’ll gain or lose by putting Himself on the line, He simply puts Himself out there on the off-chance that you and I might look back at Him and give Him that love in return.”

Of course, the issue here is that it implies God does not know the future of His own actions. Using terms like God is “unconcerned… concerning His own safety”, and “off-chance…you …might… give Him that love” paints a picture of a God who is not omniscient or omnipotent. This flies in the face of conventional Biblical Christian systematic theology on many levels.

Cory continues to dig a deeper hole by saying:

“His love leaves the ninety-nine to find the one every time and to many practical adults, that’s a foolish concept. Well, what if He loses the ninety-nine in finding the one, right? What if, finding that one lost sheep is and always will be supremely important?”

Again, this implies to many Christians that Cory believes God is not Sovereign, all-knowing, and all-powerful by saying God could lose the 99 as He peruses the 1. This conflicts with #5 of the five pillars of Calvinism which is Perseverance of the Saints. Said differently, the believer once saved, cannot lose their salvation.

The actual Scripture verses (found in Matt. 18:10-14 and Luke 15), do not imply, as Cory seems to, that the 99 left behind could be in any jeopardy related to their salvation. Most traditional Christian theologians see the 99 as already believers and safe in the Father’s hands. Others see the 99 as eternally lost, with only the one becoming part of God’s election. In either case, Cory’s expressed view of the 99 having a change of their eternal state is not theologically sound.

On the surface, “Reckless Love” is a beautiful song, expressing God’s intense love and protection for his flock. It is engaging and uplifting, evidenced by its tremendous popularity. It is true that Musicians are not theologians. However, it is also important that Biblical Christians have their ears tuned to the words they are singing and the theology it represents.